3) While Alcohol is not banned in Bahrain, the drivers use something else to spray instead of champer's. Known in Arabic as Waard, what specifically is it?

4) Who is the only winner of the Bahrain GP who will not be on the grid this year?

5) Which driver gave the fans an interesting view of his bottom in this picture? 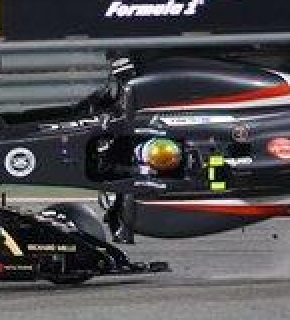 6) Before Haas, the last start up team to score points at their debut race, scored their final pole and only qualifying 1-2 at the 2009 Bahrain GP. Who?

7) At last years event, which driver failed to set a time in either qualification or the race itself?

8) Also at last years race, why did Will Stevens qualify in 18th on the Saturday and yet start the race in 20th on the Sunday without having received any penalties?

9) In 2010 the race layout changed to using the longer Endurance layout. How many laps did this remove from the normal race count?


Normal race lap count 57, Endurance layout 49. Therefore the answer is 8. Have yourself a half a point for 7 or 9.

10) And finally, which driver has finished 3rd 3 times and 2nd 4 times but has yet to stand on the top step?

Well there you go all. I'm hoping to see some big scores here. Good luck.

Valued Member
5. Big for me.

Contributor
5. The second time CTA has made me question my memory today!

RasputinLives said:
5. The second time CTA has made me question my memory today!
Click to expand

are you sure its only twice?