Johnny Carwash said:
If Liverpool don’t win the premier league after today’s win against Manchester City, then the never will.
Click to expand...

very true they got huge opportunity & maybe klopp & pep will trophies they want this season instead of the ones each other wanted. but we wont know til 11th January because liverpool still got 12 games in 5 competitions over 38 days. in premier league, league cup, FA cup, Champions league & Club world cup

Contributor
Buzzing that Wales have qualified for Euro 2020.

Contributor
I wonder how long Jose Mourinho will last at Spurs?

Johnny Carwash said:
I wonder how long Jose Mourinho will last at Spurs?
Click to expand...

i was shocked last night as we are barely 5 mths since Champions League final. he made them CL regulars from nice to be there. it hasn't helped most of the squad gone off the boil but thought he'd get time to rebuild considering the miracles he perfromed.

but it has been talked about for a while. they bottle it at the most critical times semis, finals, title run ins, & things havent been right at spurs since that really odd press conference back in june. where he brought up resigning if he won. sending the whole club into turmoil instead of talking about the biggest game the club had played for 50yrs maybe for another 20yrs.

if spurs get Mourinho of Porto Chelsea (1st spell) & Inter could be inspired. if its him from R Madrid Chelsea (2nd spell) Man Utd. Jose will be sacked in dec 2021

Johnny Carwash said:
Buzzing that Wales have qualified for Euro 2020.
Click to expand...

as england fan that something i never get. because it is so blase because we knew we qualified in june before the nations league. there is very little suspense for us but delighted for you. that game at the last euros was incredible drama even if you had the last laugh. could be great could England Wales Scotland Republic/northern Ireland at the tournament

I wonder who will get the job at the gunners.

well the bookies fav is allegri santo or arteta. for me, i would like to see eddie howe has done an incredible job at bournemouth. but will never happen
foreign & untested mikel arteta fills the usual mould for arsenal

only thing is that if they dont change the attitude in that squad that develop under wenger post Vieira & Henry then carried on under emery over the last 12yrs. they might as well kept emery as nothing changes. I just compare it to pep, jose & sir alex. there is no conquences for losing. i saw numerous times on tv recently & when they lost to blades 1-0. there is no passion if they lose 'well there next week'

Contributor
I actually think that Eddie Howe should get the chance,as it shows that homegrown talent,and not necessarily top foreign managers can get a job at a big club.

well as is always says & without wanted to sound like nigel farage but british people are at disadvantage in their own league. because you look at marco silva gets a everton job on doing an ok job but relegating hull & impressing for 3 months at Watford. because he is a foreign name. where as if an contintenal manager had the achievements that, Rodgers, Dyche, Howe, Allardyce, Wilder has done, (even if wilder is at a big club

how is this not England's number 1.

Contributor
This will probably tempt fate but, I believe that Liverpool will match the Arsenal team of 2003-04, and will go the league season unbeaten.

this liverpool side are incredible. i knew we would lose tonight because its liverpool you have to go back to sept 2018 the last time they lost in any competition at anfield. Leicester & Barcelona have come off alot worse recently. so im pleased as i can be these this was the toughest fixture in world football right now.

this liverpool side are incredible. unbeaten in 37 now. nrw stats you have to go back to sept 2018 the last time they lost in any competition at anfield, be it Premier league, Champions League, League Cup, FA cup. 36 home games in all competitions is super impressive. won 30 drew 5 lost 1 (on 3rd Jan) in league 2019 calendar year. went from 3rd March to 20th October without dropping a point. i have doubts if they can be invincible because man city at ehithad will be very tough. but certainly have ability to match arsenal 49 unbeaten game run.
Last edited: Jan 3, 2020

trying to think cider_and_toast is liverpool at home congratulations or commisations. as you'll be on tv but probably get battered. as they are amazing in full flight. played us at anfield had such quality & didnt even get through the gears 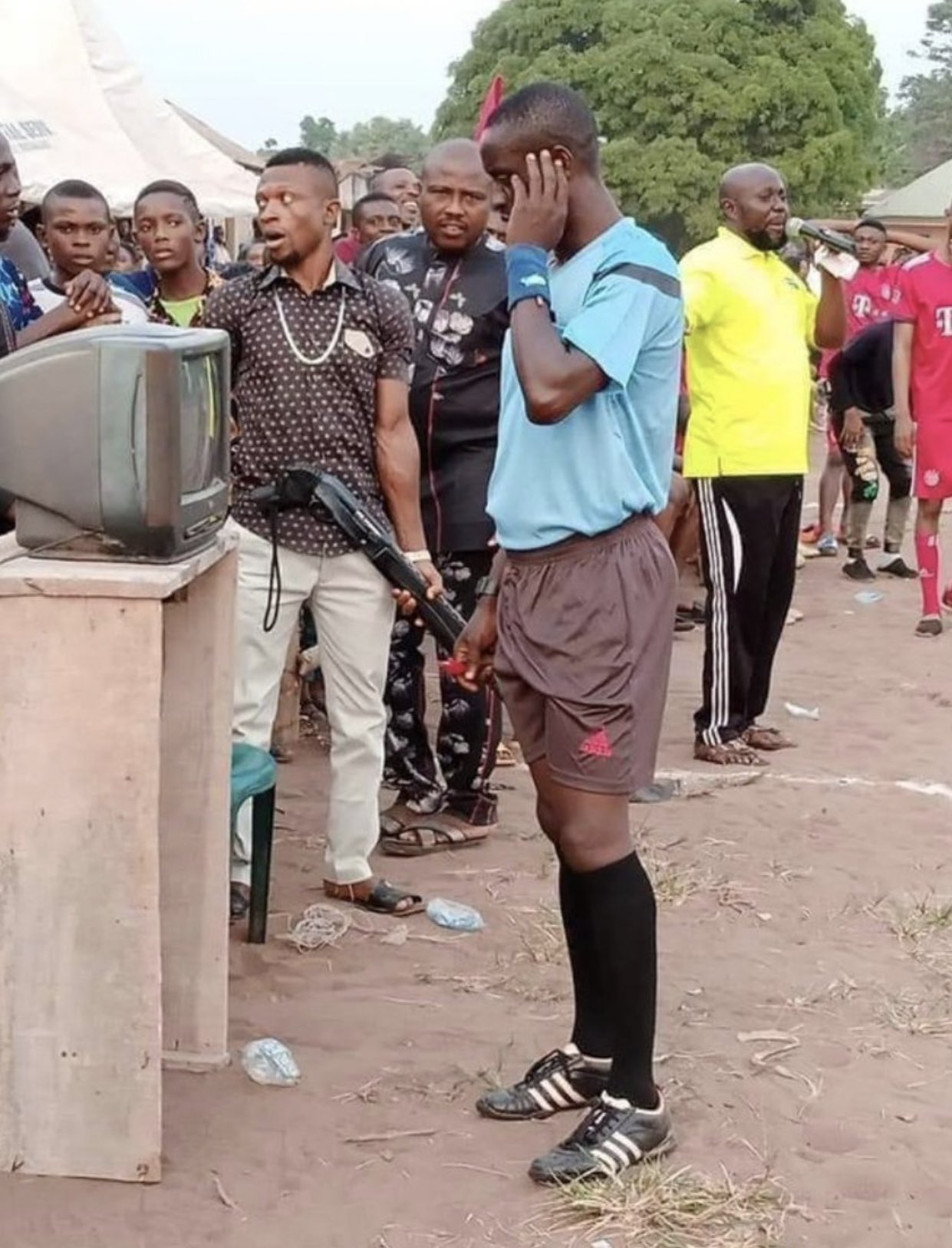 can't believe its been a week since my trip to the emirates. to watch the blades. great day out if tiring on coach at 7.45am. back at 9.10pm. you wouldn't believe the security checks around Emirates anytime you want you go down any road checked. up stairs checked. club shop checked. bag search outside then patted down before the turnstiles. it is nice as 1 off. i know its for our benefit but i couldnt do that every week getting checked 7 times every game

i thought we more than a match for arsenal team not that we played well because i thought we got sucked into playing arsenal ponderous style of play. much better in 2nd half. fantastic moment when fleck equalised i thought we were going to nick a victory when it dropped to mcburnie 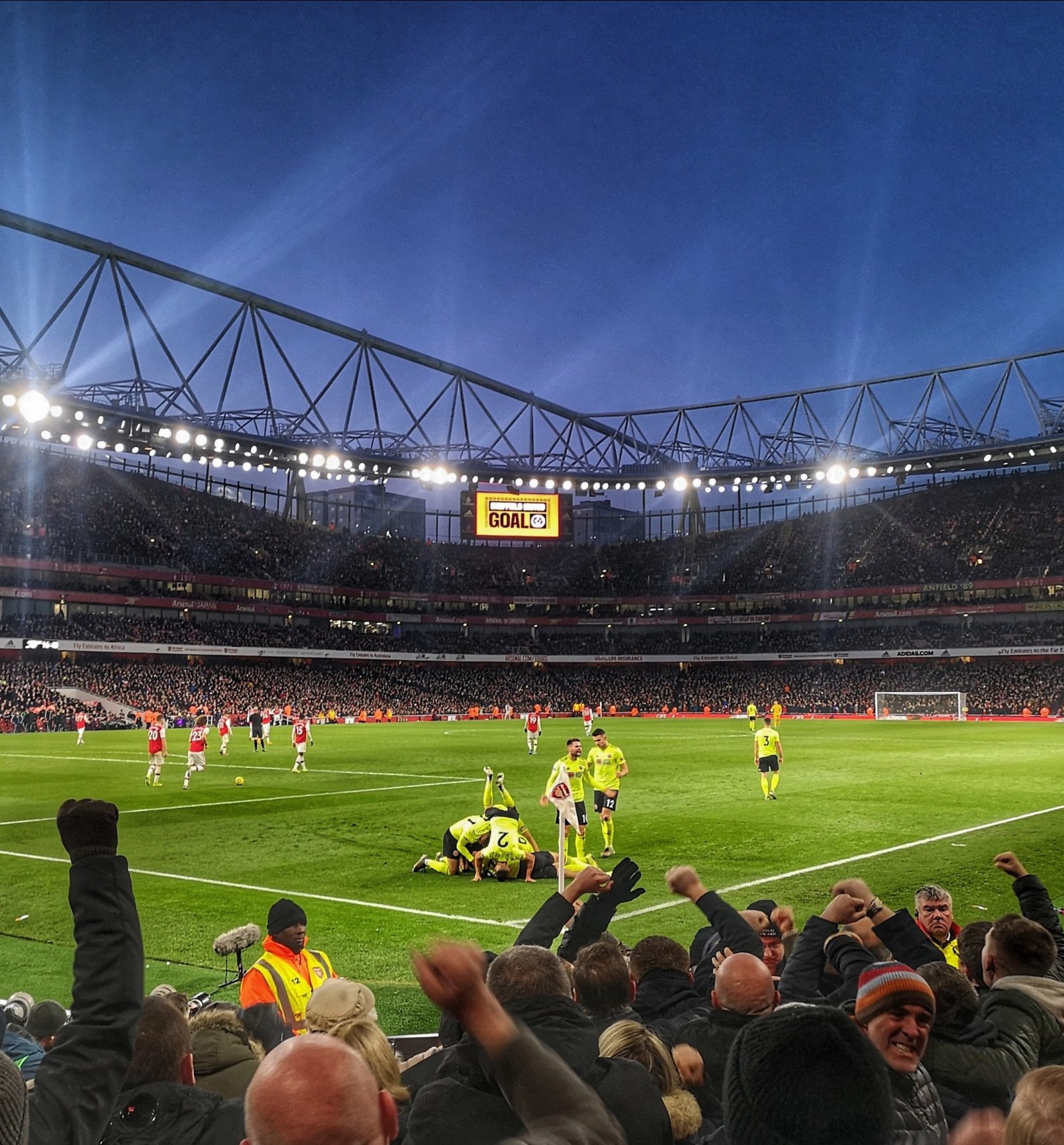 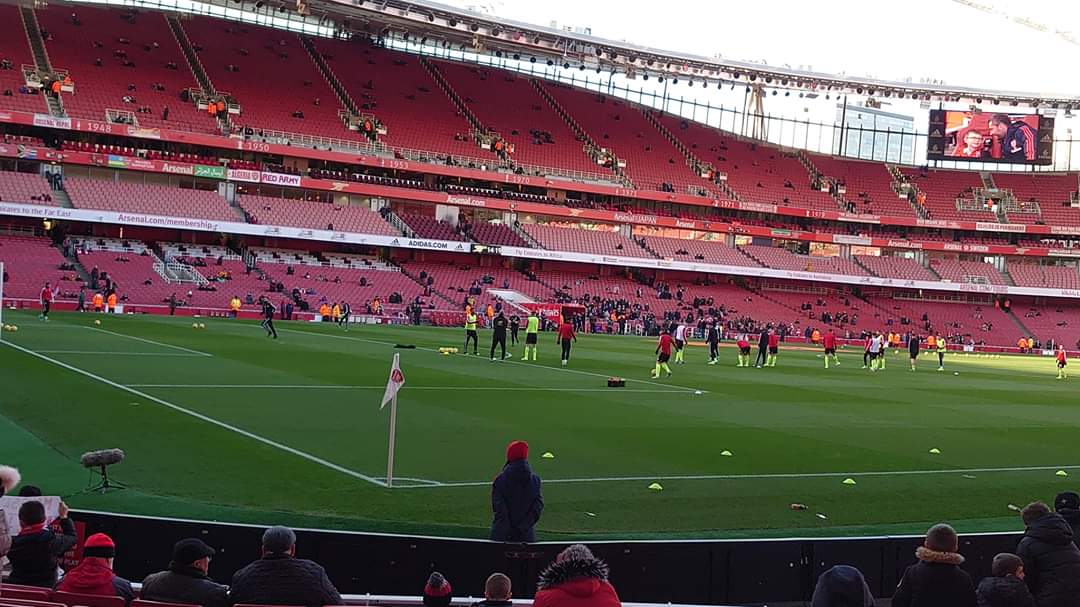 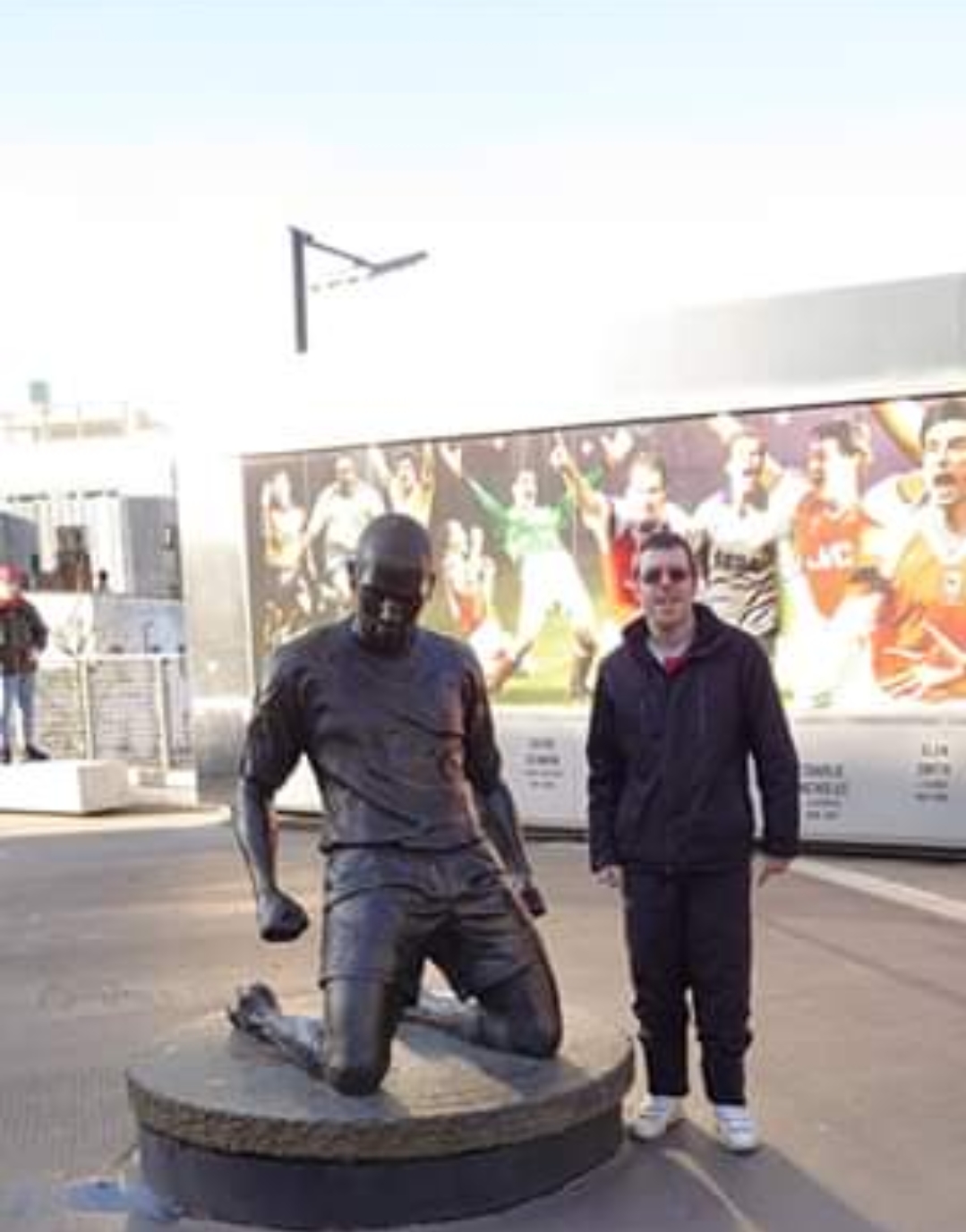 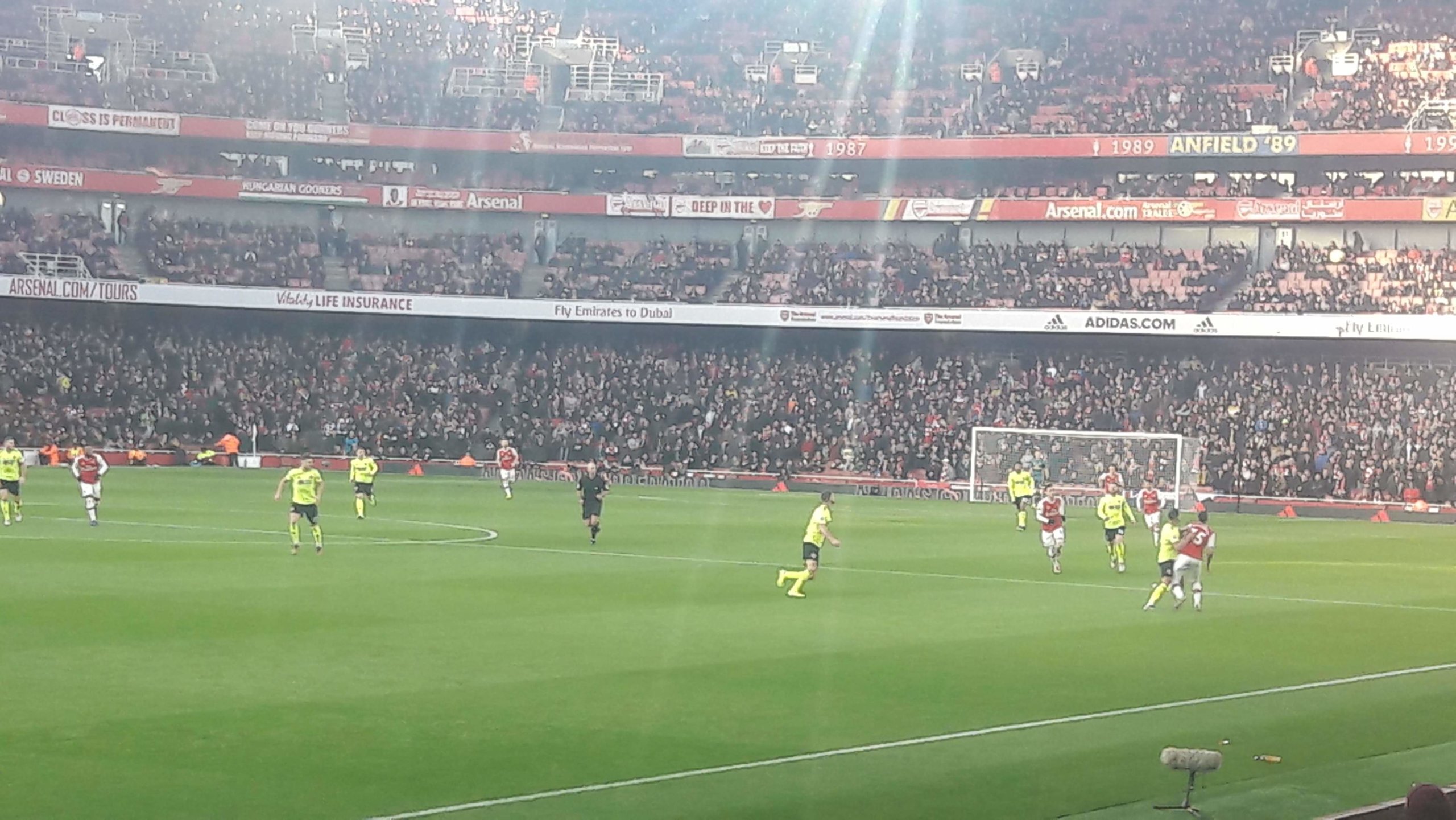 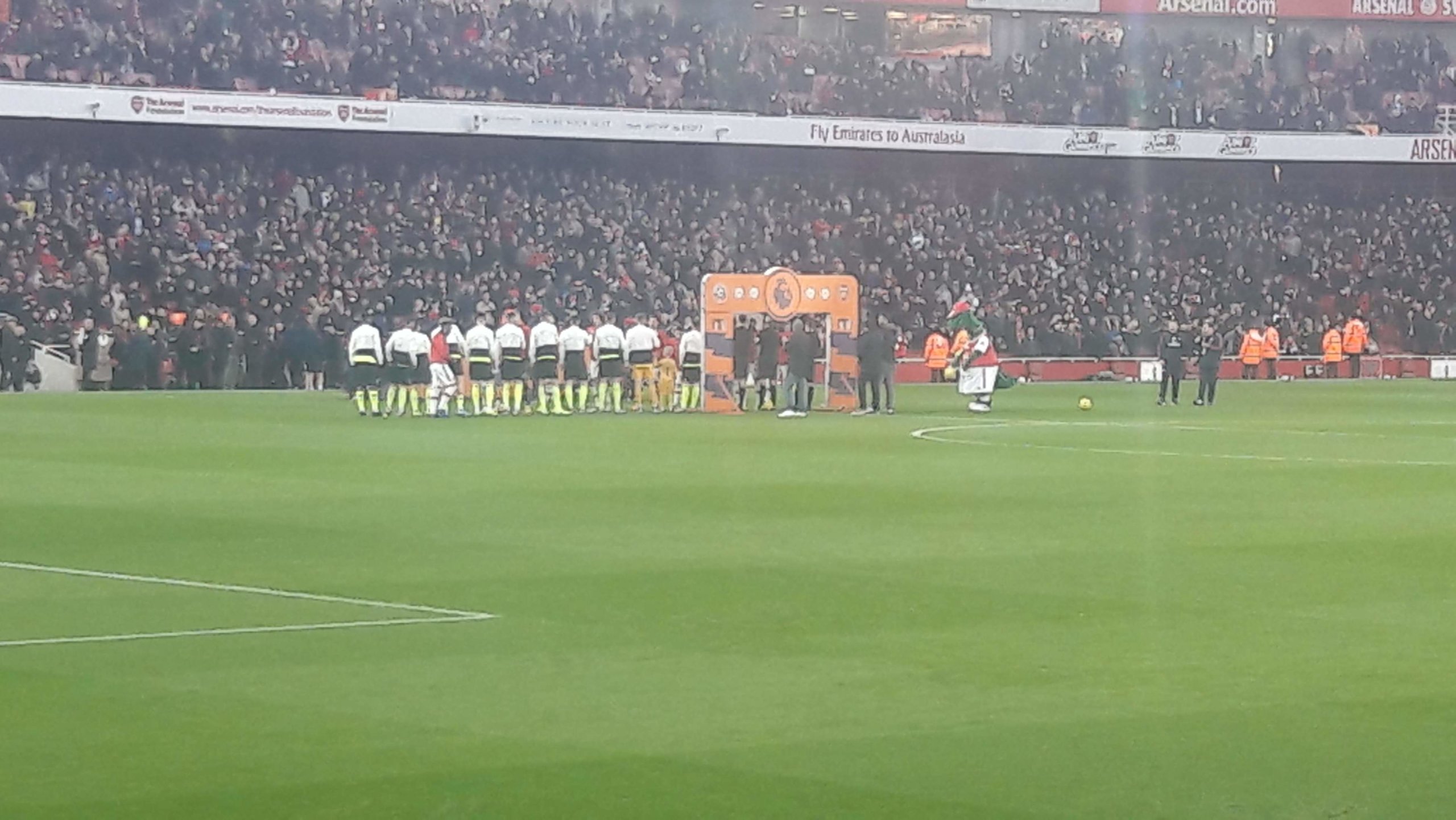 Contributor
Hard to believe that it’s 25 years ago today that Eric Cantona was Kung fu fighting at selhurst park. 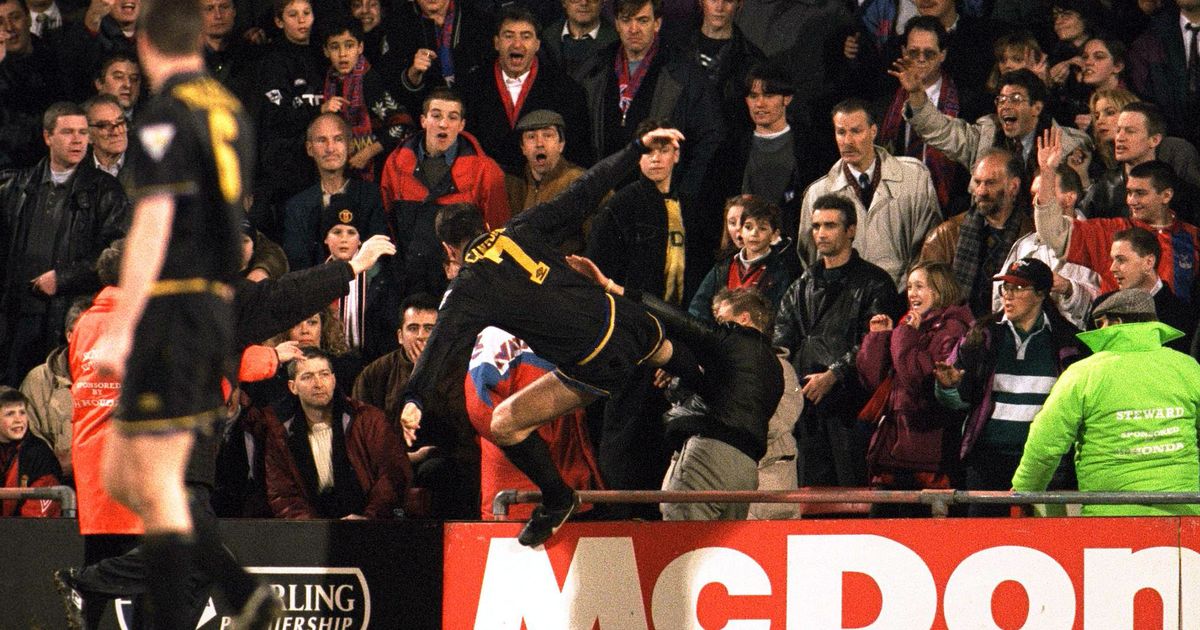 cider_and_toast 2nd - 7th separted by 3 pts, can you do it looking at your fixtures you got all the promotion/playoff rivals still to play. including leeds with a win to level with them

Staff Member
Premium Contributor
Don't think we can mate. Our home form is shocking at times and we haven't got that consistent level of performance.

If we did make the play Offs I couldn't see us getting past the likes of Fulham, Leeds or Brentford anyway.

I think this year could be do or die for our manager. There's plenty of grumbling in the stands about our our consistent lack of consistentcy.

At least with your lot and Man City's issues you may have a crack at Champions league football next year.

looking from the outside, i dont mean this in horrible way but it doesnt seem like championship is same level as last season but that might be because norwich utd & Leeds were the exception to the rule. nobody in the championship top 7 looks like they are happy with their form. leeds are falling apart again, wba are 10th on form, forest are getting points but fortunate + lost to Charlton. Fulham are up there but struggled v millwall. but you are top team on form having won 6 of your last 8 but thst defeat to brentford does look extensively damaging it feels i like another defeat v rival could be over, i know what you about a manager championship clubs do get itchy feet

on us, well what can you say. i am rarely speechless as a utd fan. 2 times i can remember half time in FA cup semi final v hull. when brain couldnt believe we were 45 mins from an FA cup final & in November when we went 2-0 up v man utd. its the maddest season ive known. its gets more mad currently now occupy 1 of the champions league places w & are now highly likely to have some form of European football for the 1st time ever. but this is wilder again. he's managing the impossible he's made us more successful than I can comprehend better team at Emirates, 2-0 up v man utd & champions league being possible

then to add to it our arrogant entitled rivals are falling apart in front of our eyes on boxing day they had more points than we did at the same stage but since only won 1 game in 8 & now the worst team in championship since boxing day after losing luton who were worst. then youve got the ffp penalties that leave them facing relegation