Staff Member
Premium Contributor
About time we had an updated football thread for fans of football (Soccer) the world over.

Let's start with the Woman's World Cup, which I have to say, has been absolutely brilliant.

Cameroon was a disgrace. the funny thing was VAR was 1 of the rare moments where it was correct. the linesman was wrong for England goal, can you imagine the fury from Cameroon if they had the offside decsions England men had In nations league when Lingard & Wilson were all but level

delighted American beat the French as we will have another big womens tournament at 2020 Olympics with team GB participating great news. i hope we can win & we are capable improving in every game but i always worried about that defence. it looked creaky v Scotland Japan & Cameroon more clinical finishes Scotland couldve got draw & Japan should've won

club point of view. alot utd fans trying to make many mountains out of molehills. with the lack of signings. im sure its not for the want of trying or because hes sat on arse doing nothing. he will be going down every avenue & I know hes said he wants 3 or 4 for Portugal but it just taking time. in the words of taylor swift they need to calm down. we have 6 weeks, end of July panic. end of june its ok.

thinking of fixtures Fa cup could be vital we need to be in round 5 to keep our potential momentum. because if we hypothetically lose to man city 28th dec liverpool 1st jan & then get dumped out of the cup. huge pressure goes on the west ham 11th jan game with arsenal & man city following

happy with your transfer business cider_and_toast . i fancy you to have a good season this year as you were always a tough place to go & seems youve bought well. its amazing how quick you lose touch. i went to do my predictions & i realised that compared to 12months ago i had no idea of details of ins & outs of championship because we not in it not payed same attention

Contributor
The season seems to come round earlier and earlier each year.Going for a bold prediction and will say that Man City will win the league and Liverpool will be runners up.

We've done some great business with our new Chelsea trio but when you think they were already at the club last year on loan, we've spent well to effectively stand still. One or two signings we have brought in are in for cover only.

I think we will only push on when we get that striker sorted.

Johnny Carwash said:
Going for a bold prediction and will say that Man City will win the league and Liverpool will be runners up.
Click to expand

delighted today, that was a great point, no bones about it this was going to a difficult opening day because in my opinion were playing tier 2 team a side that not the big 6 but wont be in relegation battle. but we more than matched a good bournemouth, who have quality on there day beat Chelsea 4-0 last season. Fraser Wilson Ake all linked with big club moves, with future england manager. but just like we said coming up to championship the further up the pyramid you go, you have to make your dominance count because they have quality to nick a goal. which is only criticism i can have to wilder

but its a sign of a good performance even when it looked like we would lose in closing minutes, i was thinking im still been happy with performance if not result of course as we have wouldve shown more than enough to everyone. that we can survive in this premier league.

which was even better to stick it to media bar BBC who had written off our players & club as cannon fodder. already told talksport drive to stick there comment where sun dont shine. 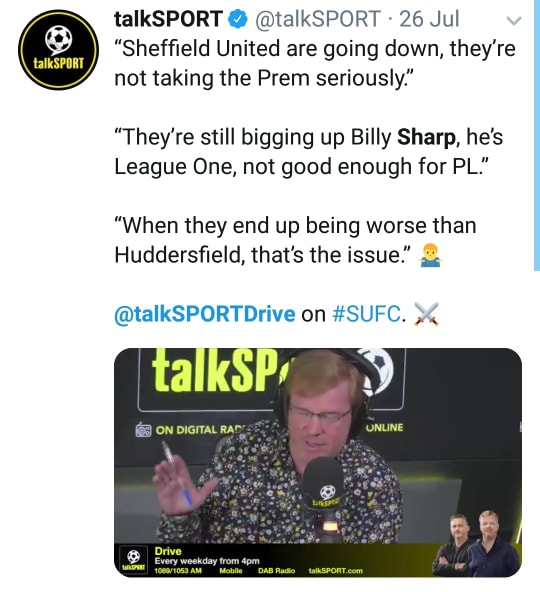 Contributor
Ole Gunnar Solksjaer apparently is off to Balmoral in the morning to ask the Queen if she can prorogue the football season.

Staff Member
Premium Contributor
He surely can't have long left there can he?

Contributor
It’s just to big a job for him at Manchester United.They probably want the Glazers out before Solksjaer.

Valued Member
Man U missed out on Pep, it was the natural team for him to go to in English football, and is now thrashing around for a decent manager.

cider_and_toast said:
He surely can't have long left there can he?
Click to expand

i think man utd need to show patience. til at least 24th november 🤞

but if im being fair to Solskjear. that team on paper is probally only 8th or 9th on quality. as its pretty bad. ive fear liverpool could so bad they are going to have to show it after the watershed
Last edited: 6 October 2019 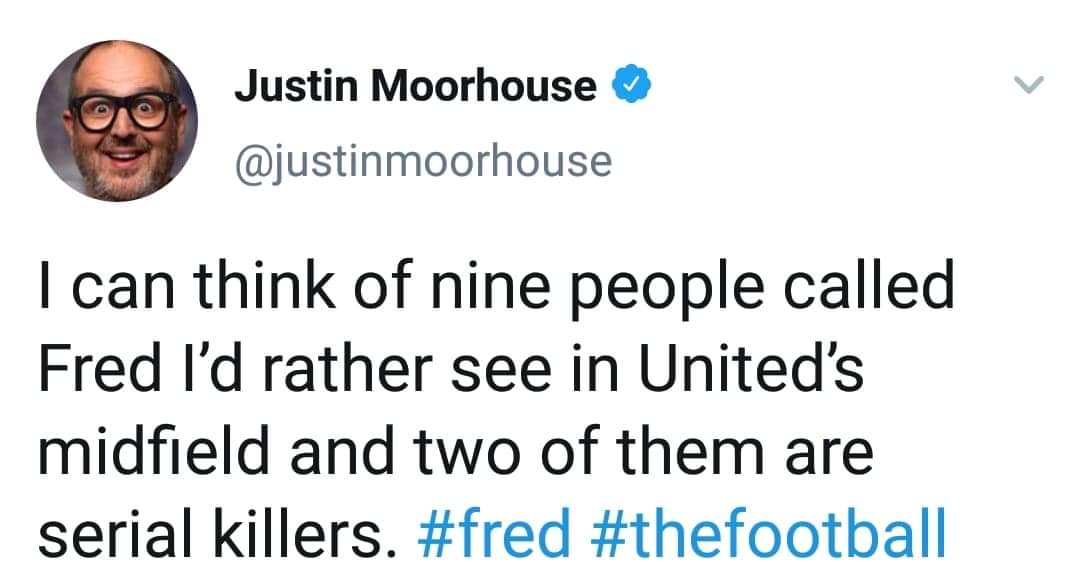 Staff Member
Premium Contributor
Man City are making a hash of defending their title so far. Plenty of the season left and a double against Liverpool wipes the gap out but it's fun to see Norwich and Wolves winning.

What is going on at Spurs?

not looking good for man city. but i feel a drop off was realistically expected. injuries to big players, de byrune is huge player for them. Laporte lost them alot of defensive organisation. sterling/aguero goals have dried up & history says it would be tough because they were 1st in a decade to defend the Premier League title. as 7 managers since Fergie in 2008/09 had tried & failed. some like Ancelotti Ranieri Mancini Mourinho Conte had been fired & Pellegrini was replaced during their title defence

spurs are just weird had reached the summit of the mountain post champions league final bit like watford fa cup final & struggling to reach the heights or get the motivation. but he is rumoured to have had arguments with players. but the weirdest bit is why 3 days before spurs biggest game they had in 35 years. did he threaten to resign, thats bonkers

talking about man utd at work, id looked at the table yesterday & found out if results go against man utd, if everton & Southampton win, villa/brighton draw. & they lose to Liverpool by 2+ goals which considering liverpool have won their last 17 isn't beyond realm of possibility. they would be 17th in table. after 9 games. in crisis that club hasn't seen for maybe 50yrs 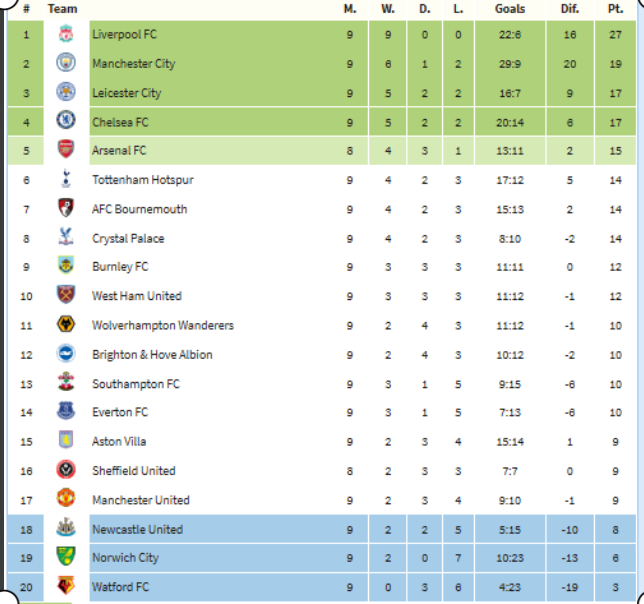 Staff Member
Premium Contributor
Man United were relegated from the top flight 45 years ago at the end of the 1973-74 season.

The following year Bristol City did the double over them but it didn't stop United returning to the top flight at the first time of asking.

How funny would it be if they got relegated this season?

Contributor
It’s time for UEFA to take drastic action over countries that have supporters that racially abuse players.Instead of having games played behind closed doors, they should have teams banned from qualifying for the Euros and the World Cup.

before i start this is a minority hope most fans at match were fine. just like over here Nigel Farage & Tommy Robinson doesnt represent vast majority of english people

but fully agree absoultely horrible, england did the nation proud being so brave in horrendous circumstances. the comments they made pre game about southgate proved be absoulte joke. because when your in middle of punishment as your stadium is partially closed because of racism & then nearly have game abandoned because of racism. uefa need to be strong

if i was UEFA I'd be getting tough on them. countries & ban these countries who are repeat offenders from qualifying for nect tournament. like South Africa until you can behave your not playing football in the 2 yr cycle