Staff Member
Is it that time already? The final race of the season is almost upon us and for a change it's not at Interlagos.
The brand new Yas Marina Circuit in Abu Dhabi has that honour this year.

And what a circuit it is. The longest straight is almost 1.2km long with another curving section just under 1km long.

But the most interesting part of the circuit is the pit lane exit.
It consists of a tunnel which crosses underneath the circuit before rejoining at turn 3.
Additionally there is no speed limit in the tunnel which, coupled with the inevitably sandy surface could prove to be an issue.

Controversially, the race will start at 1700 local time which means it will be dark before the race is finished.
Many people question the wisdom of this as dusk (and dawn) are the worst periods to drive in due to the brain's inability to adjust to the changing light conditions quickly enough.
It will also cause problems for the drivers concerning which visor to use.

Still, at least we won't have the threat of rain with the current forecast predicting it to be hot and sunny with temperatures of over 30°C.

Now that the WDC and WCC are sewn up, all that remains to be seen is who will finish 2nd and 3rd between Rubens and Sebastian and who will win the battle between Lewis & Kimi for 5th.

It could prove to be a classic race with everyone going for it or it could be another Valencia.
Let's hope it's not the latter.

The first on board laps by Bruno Senna are shown in the following video:

So now we can see who's fighting for which place in the final standings.

I'll just bring it to your attention that the drivers in brackets refer to those 10 points behind those currently in situ. If Rosberg is userped by Trulli for 7th, he can obviously fall to 8th. I didn't want to list a whole range of people and really get things confused!

Massa refers to people who would be in range for Massa to userp them if he was racing.

Beneath the 10 Point line, of course, anyone from Kobayashi, Algersuari, Sebastien Loeb or some guy off the streets could technically overtake them!

Other than Button, the only person guaranteed a position is Webber, and the only two "straight" fights are between Vettel (2 headstart) and Barrichello, and Hamilton (1) and Raikkonen.

Staff Member
As I said in another thread, for me the last race is all about Lewis v Kimi and McLaren v Ferrari.

Valued Member
I think BMW vs Williams is an interesting fight especially considering their painful divorce in 2006. BMW are 2½ points behind Williams (Rosberg), and if BMW outscore Williams they'll have done so every year BMW were in Formula One!

Added to that, Heidfeld is only 2 points behind Kubica in the WDC, so the result of that will be interesting, especially with Kubica touted as the next big thing and Heidfeld apparently past it. Consider that Heidfeld may have got a couple more points had the Malaysian GP finished as well.

Vettelichello should be good, as should Kovalaiglock, if Glock is available.

But undoubtedly the best Abu Dhabi battle will be the McLarrari Hamilaikkonen fight! Could be a portent for 2010!

Staff Member
Premium Contributor
The latest word on the F1 rumour mill is that Heidfeld is now being linked with a seat at Mclaren. Kimi is asking Toyota for too much money and the Rubens to Williams may not be a done deal after all and he could remain where he is.

Of those rumours I find Heidfeld to Mclaren the most interesting. I wonder what he would make of the opportunity? Especially as TBY has pointed out, Heidfeld has got on with the job this year in a car that has been a mess. Kubica would be none to happy if he ends up in a less than competative team next year and his team mate who has been effectively written off in many quarters ends up in a Mclaren.

The silly season seems to be taking for ever to resolve at the moment.

Supporter
Is it just the virtual track on the video that has a run off at turn five, that runs straight back onto the track again, or on the real track will there be anything to stop, say, a car out of control from ploughing into another car that has just exited turn six correctly?

Staff Member
It's the same McZ.

If you watch the video in the first post you can see it clearly.

They sure got that right. Exclusive for those who can afford it. £246 for 2 days (they don't sell race day tickets..?) seems to be the cheapest available. And you can bet that'll rise next year.

Brogan said:
It's the same McZ.

If you watch the video in the first post you can see it clearly.
Click to expand

Mmm, yes, I just watched the vid again... seems a bit dodgy to me. Suppose the chances of an incident are low, but... Wasn't there a comment by the commentators for the Oz MotoGP qualifying, that there was talk of changing that track (and robbing them of a great corner) because there was a risk of a touring type car running into the line of another car if out of control. Suppose this ain't the same then?

Valued Member
Is it just me that thinks this is an absolutely hideous layout?

From the circuit map and video it seems to be, point and squirt it for corner after corner until you hit a straight where it's going to be super dusty off line so no overtaking there, and the pit lane exit is just ridiculous a) as there is no obvious runoff should someone either have a problem (i.e loose wheel) or crash in the tunnel and b) it feeds straight out into turn 3.

Speshal said:
Is it just me that thinks this is an absolutely hideous layout?
Click to expand

Valued Member
That and it's featureless, I've watched that video time and time again and it's "heading for a building - going under a bridge" have no idea what corner it is and all the alternate layout bits are confusing as hell.

Staff Member
Premium Contributor
I think you are all being a bit harsh on the place after all it has hospitality boxes where the air conditioning keeps the room at exactly 15.8'C which is just right for the enjoyment of a prawn sandwhich. Each box comes with full sound proofing and no windows to block out any outside distractions such as the sound of 20 high revving V8 engines. Lastly, each box will also be supplied with an "identify your driver" kit so that should a member accidently find themselves on the grid before the start and suffers the inconveniance of being asked who they are supporting they can mumble an incoherant answer and cover their arses just enough to convince the watching public that they really are only there for the racing.

err one of these is the crown prince of abh dhabi let's have a word, errr oh hang on, errrr oh, back to you
Click to expand 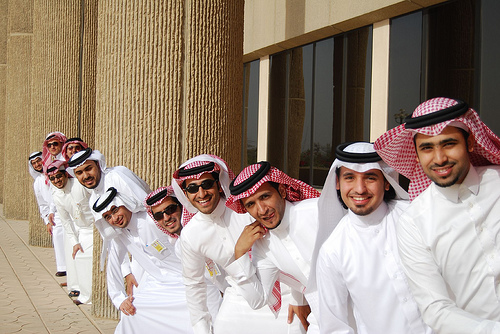 and apparently abu dhabi will use UK stewards

if this is a compliment or a kiss of death i am not sure about. but at least its an interesting move.