Staff Member
With less than three weeks before the first race, now is the time to start the 2013 season thread.

This is how the teams line up:
The calendar is as follows:
* Content will be updated once final details are known.


Is it going to be yet another Red Bull and Vettel double?

Can Alonso finally deliver for Ferrari after coming so close last season and in 2010?

Or will McLaren finally be able to achieve what they should have for the last few seasons, now that they have a defined driver 1 and driver 2 model as Red Bull and Ferrari do?

Will Mercedes show an improvement or is going to be another frustrating year for Rosberg and Hamilton?

Will Caterham get anywhere near the back of the mid field?


All results, standings and head to head data will be published in the Race Hub:http://cliptheapex.com/pages/2013-race-hub/

Galahad squints at a piece of paper, frowns, shrugs and throws it in the dustbin

Right, so, analysis done, let's look at the macro factors that might swing it for someone or other.

1. The rules haven't changed (much)
This means there is less likelihood of a team uncovering a fruitful development path, or creative interpretation, that provides a crucial advantage. So far in testing nothing too radical seems to have appeared (correct me if I'm wrong) and the passive drag reducer thingy may turn out to be a key development, but thus far seems to be at least as much trouble as it's worth.

This theoretically (and historically) also closes the field up, since the top teams hit diminshing returns from development, and so we might reasonably expect teams such as Lotus, Sauber, Williams and, yes, Mercedes (calm down) to have more opportunities for victories in 2013 than in 2012 (i.e. two or three rather than one or two).

2. The rules are going to be changing massively next year
Parallel development programmes are already underway, and teams will have to make decisions about re-allocating resource to the 2014 cars from an early stage. Since much of the change is coming in the drivetrain, it will be interesting to see whether it places more or less strain on engine builder teams. Those with the most resource will have the most flexibility to make these decisions; so if any midfield teams are going to trouble the "big three", it may be fair to expect it to happen earlier in the season rather than later.

3. Driver changes
In short: McLaren are weaker, Red Bull are the same, advantage Red Bull. Ferrari will be stronger if Massa can maintain his late 2012 form, but that is only a consideration for the constructors' title race. Lotus may benefit from a more experienced, more confident and hopefully more circumspect Romain Grosjean. Elsewhere Mercedes have a much stronger lineup and will have to hope that it matters; Sauber may struggle with two new drivers, one of whom may not be brilliant, while Williams have strengthened.

4. Pirelli's random factor
Tyres with higher but more predictable degradation seems to be the order of the day with Pirelli's latest product. That may limit the potential for clever strategies, on the basis that there's less difference between making three stops and four than between one and two? It might also benefit those drivers who can take it easy when required; though we've seen in the past that the quality of the car is generally more important than the quality of the driver when it comes to rubber preservation.

Conclusions?
Vettel and Red Bull would start as my favourites, but none of Alonso, Raikkonen or Button would be surprising champions. Perez is the potential wildcard.

Come and ask me again in nine months!

Valued Member
Before the 2009 rule change, I seem to remember that Renault, Toro Rosso and even Toyota caught up with the Big Two toward the end of the season. I can't remember if that was because the two title contenders were stopped down the field by mistakes and stewards though.

Staff Member
A most erudite post as ever Galahad.

I can't help but fear you are correct and all things being equal, this could be a fourth winning season for Red Bull and Vettel.

Valued Member
You need to start paying more attention to the process and less to the outcome, Brogan! Should be some excellent races in prospect- that's my most confident prediction.

Staff Member
I'm actually at the stage where I don't have any particular favourite driver or team, I would just prefer different winners to the ones we've had for the previous three seasons.

I don't doubt there will be some excellent racing, as there has been over the past few years.

Staff Member
MoneySupermarket.com have done their usual round up of opinions and come up with this: http://www.moneysupermarket.com/car-insurance/blog/grand-prix-preview-2013/

Although it states that they "asked recognised and respected online motorsport experts to predict the likely outcome of the upcoming season", they did also ask us and we get a couple of mentions

Staff Member
Premium Contributor
Now we've really hit the big time. If you get a free Meerkat toy then I want one as well !!!

Apparently Renault wanted to try some extreme mapping, which was banned after the German GP last year, but the FIA said no.

The Red Bull rear end would benefit from this but if a less extreme map has to be used, McLaren have the optimum shape and exhaust set up.

That could be the difference McLaren need to stay ahead of Red Bull.

As expected Renault and Red Bull aren't too happy.

Staff Member
The situation with Sutil and now Razia is only slightly less ridiculous than the fact that race 10 is still TBA: http://www.formula1.com/races/calendar.html

How many other professional motorsports series are this bad year after year in finalising the calendar?

Contributor
What I do find interesting this year with regards to rules is although they havent changed much, one thing has changed which I think may adjust qually a little.

From this year unlike previously DRS cannot be used anywhere in qualifying (or practice not that we're bothered with that one). Now if the better drivers are likely to be more daring with where they use the DRS, this may have been a big advantage to them last year and may well close up the qualifying a little this year. At least thats my thoughts.

Staff Member
The latest news is one of Razia's Brazilian sponsors has let him down so Razia is now desperately trying to make up the shortfall.
It has been rumoured that Heikki Kovalainen may be drafted in for one or more of the early races.

Staff Member
Premium Contributor
Oh how ironic would that be.

Contributor
Something that just occured to me. You are Force India and you want a second driver who is a proven safe bet with a good career record and he doesn't need sponsorship. Why would you plump for Sutil and not even consider Kovalainen?

Contributor
Because Kovalainen flopped at McLaren, was matched by Petrov at Caterham while Sutil has fared well at Force India even when he was dropped.

And there are many sources before Sutil even signed, that he had at least over £2million sponsorship money, so I find it hard to believe that he doesn't have any sponsors.

Staff Member
Sutil has personal sponsors but he isn't providing any team sponsors.
He stated that himself today on TV.

Staff Member
Premium Contributor
I think Kovalainen did the job he was paid to do at Mclaren in circumstances that were more than difficult coming as they did after the 2007 debacle and in 2009 the Mclaren was pretty useless all round but once things improved at the mid season point, Kovi proved a more consistant finisher than Hamilton and brought the car home to 6 consecutive points paying finishes.

Yes, you are right though, Petrov did match Kovi closely of the 2012 season however Kovi still won the qualifying head to head 13-7 but couldn't match Petrovs 3 extra finishes and marginally better finishing positions.

Contributor
I don't think the stats agree with you...

There were plenty of other options out there for Force India but you'll struggle to convince me that any of them are much better than Sutil (particularly considering Sutil already knows the team). In the past Force India have not shied away from giving promising new talents race seats though so in that sense it is a bit of a shame that they went with him.

Premium Contributor
Ol' punchy "Sutil" when not involved in after hours altercations about the type of hair product he uses I thought was going to be a strong midfield driver who might have snagged a Renault or Mercedes slot ... or turned out as a safe pair of hands coming into retirement for a transitioning top team for a year or two...

WRT to the recent engine mapping clarification... it looks like the RBR v McLaren stoush will be a case of can McLaren consistently get their *new*-er car to function better than the last Newey evolution before 2014 rules come into play... I have a sneaky feeling that Ferrari are the smokey that just might steal the chocolates at the end of the year... with RBR sealing another constructors...

T-14 days until the 747's hit the tarmac at Tullaramine airport in Melbourne... 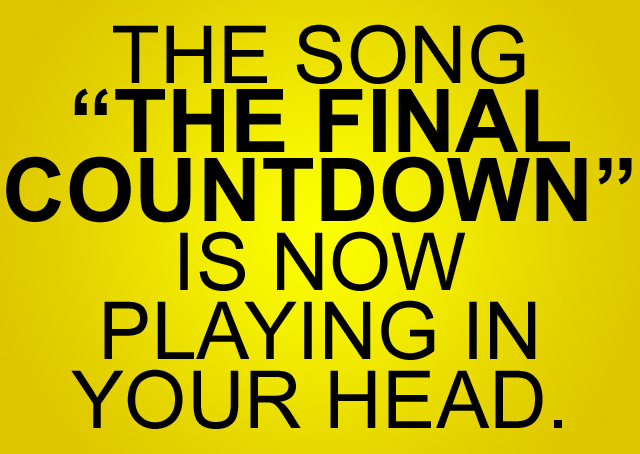 We're pleased to announce that we've appointed Jules Bianchi to a race seat. This follows the termination of our contract with Luiz Razia
Click to expand