As well as F1 GP2 & the mountain of other sport like Wimbledon, Tour de France Euro 2016. We cant forget the doubleheader finale of Formula E which because of residental complaints will be final time it takes place at battersea. London doesnt yet have a spot either on the 2016/17 formula E calender

Big Title Battle as all season between Lucas Di Grassi & Sebastian Buemi. 2 drivers that know all about a Formula E Title Battle because they were the 2 people That lost out to inaugural champion Nelson Piquet 12 months ago. In 1 of the most gripping races I saw in any series during 2015. Because of the wet dry qualifying there is a 1st prost/senna front row since the 1993 Australian GP 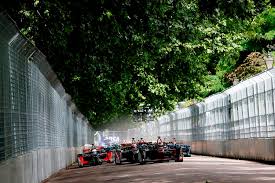 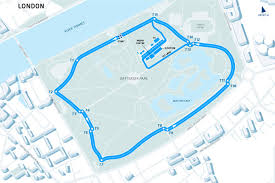 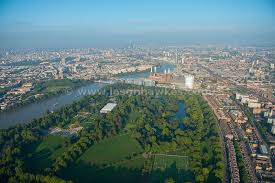 Your wish has been granted!

Very Senna vs Prost, though it looks like maybe di Grassi made a genuine error? Very convenient outcome for him though.

A race with a time trial in the background!

with the ton of sport that I mentioned on the opening line of this thread & then having to go to work, I've finally just got to watch the race this morning & oh my god, what is it with Formula E title deciders & sheer drama. that woman's face in replay when Buemi & Di Grassi came together. was my face was absolutely speechless

i don't think either Buemi or Di Grassi is fully at fault because they both did many things wrong. the saying to finish 1st, 1st you must finish both drivers either ignored it or took it to an extreme. as Di Grassi was obviously built him up to a paranoia understandably with think Prost was just going to "crawl" around the track blocking him so Buemi can just drive off into the sunset. so took too much of a risk to take Prost at the 1st opportunity & he very nearly pulled it off as he was along side. but Buemi was no Angel because he was dangerously cautious he had unusually lifted off 1/2 way around T2 coasted towards T3. & when the rest of the grid + pros t/ di grassi are flat out like the rest of the weekend. it should be no surprise that he end up in the back of him

finally what I'm surprised about is that no one is talking about how his teammate Abt's selfishness is the 1 that you could say has cost him this title, because if Abt wasnt so selfish, then it would've been 156 - 155 instead of 153 - 155

What an exciting first race, expected so much more from race 2 than what it deliverd.

Yeah, in a way you are right F1Brits_90. Abt was in fault that one race, but than again it could also be said that if he wasn't disqualified for the 2nd time in 2 years, he would have been a double champ by now.

Contributor
Just caught up with this (and a load of other motorsport -I picked wrong weekend to be away!). Say what you like about Formula E but man does it produce good racing.

The beginging of the season by a bit of a downer to be honest. The power differences between the teams was to big and I kinda missed the equality we had the year before.