Contributor
That you have dignity?
M

Contributor
Well if you read my post on the anti ranty thread gethinceri you would know that I have precious little of that...

Supporter
I just watched Quali from Singapore 2010 again and I have to say I had forgotten that Bruno was out-qualified there by over a second from the returning Christian Klien who hadn't qualified an F1 car in over 4 years.

Klien got him once again in Brazil 3 races later when he got another chance, but Senna had the last laugh when he barely nicked Christian in his farewell GP at Abu Dhabi. Not to mention that he would hang on in F1 for another couple years.

Contributor
I think just before Singapore Bruno got out qualified by Sakon Yamamoto.

Contributor
He is a very nice young man...
M

Contributor
Your right gethinceri I don't...

I think people are better off without it...

Ooooooh that's lovely, do it again....

Ah, so now we know Bruno's weakness. He doesn't brake ... at all, apparently.

Contributor
At least we know his uncle loved him..

Fenderman said:
Ah, so now we know Bruno's weakness. He doesn't brake ... at all, apparently.

well, on the evidence of Barcelona 2012 you'd have to say his braking technique is better than M Schumacher's ....

Valued Member
Incubus - Be fair, Schumi was just so unused to having anyone in front of him. Old dogs, new tricks etc.

Contributor
Considering my posting history on him, and the conga I started with teabagyokel and Brogan when he left F1, I thought it might amuse all you apexers to know I met Bruno Senna on Friday. In fact here is a picture of me meeting him 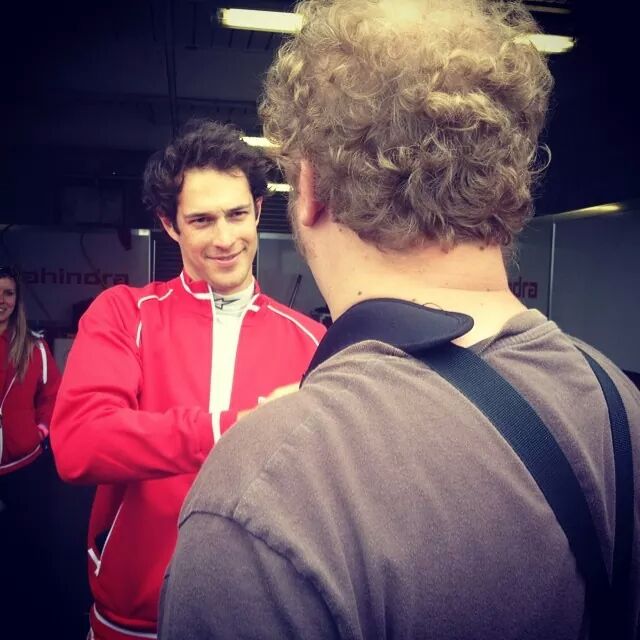 As you can see from his face he recognises me and knows my posting history. I wished him "good luck" and, due to the fact he was such a lovely young man, I refrained from adding "You're gonna need it"

Valued Member
And when the swelling goes down, you may be able to watch him racing!!

Valued Member
Congratulations to Bruno Senna, along with Nico Prost and Julien Canal, who has just won the LMP2 World Championship.

Well done, finally he‘s won something. It’s a shame that he didn’t quite have the F1 potential in him.

Valued Member
How did Julian Canal get in that team? Did his grandad’s cousin win three world titles?

yeah congrats to senna, after watching soccer Saturday nothing to watch so I watched the final couple of hours of the 6 hrs of Bahrain, it was alright. some good racing & well deserved because his power steering failed with hour to go I think & he had to work around it, try to get it back which he did but not until the last few laps 50mins later but not prost because they were saying because he took apart in Formula E & miss the WEC round at Nurburgring. so other 2 got the drivers point but prost didn't