So, for round 5 of the championship F1's global travelling circus rolls into...wait, what? Ah yes, we're back at Silverstone, the airfield circuit generously hosting the second race of a double-header to help the sport's owners deliver a full 2020 championship (and fulfil their broadcast obligations) in spite of the challenges of Covid-19.

Disdaining more obvious geographical or historical alternatives, such as English Grand Prix, Northamptonshire-Buckinghamshire Border Grand Prix, Towcester Grand Prix, Mutton Grand Prix, Stirling Moss Trophy or Daily Express International Trophy, this race has been designated the 70th Anniversary Grand Prix to celebrate 70 years of Formula One in this, the 71st season. The location is apt, since the first Formula One World Championship race was held at the same venue back in 1950 - albeit not in the same month. Things were very different back then: the reigning monarch was in attendance (Silverstone making its usual impression on posh visitors, neither the King nor Princess Elizabeth returned in subsequent years); Alfa Romeo dominated the event; Ferrari decided not to show up at all; and there were around 200,000 more spectators than will be present this Sunday.

The pre-race buildup will surely be focused on Pirelli, who are investigating after three drivers suffered tyre failures in the latter stages of the British GP. All three were attempting ambitious stint durations, and it's worth noting that the planned allocation for this weekend was for all three tyre compounds to be a step softer: so this week's "Hard" will be the same as last week's "Medium". On the face of it, this makes a one-stop race out of the question, and creates the possibility of some strategic variety.

Mercedes will be looking to make it five wins out of five of course, and it looks as though they will only be beaten this year if they beat themselves, as was nearly the case last time out. Perhaps Max Verstappen can put enough pressure on them to force some kind of mistake? In the midfield, Racing Point will be looking to bounce back from a disappointing home race, and Nico Hulkenberg will hopefully get to properly test his supersub credentials this time. Is he a Mika Salo or a Paul di Resta? Home hero Lando Norris was in the thick of a turgid midfield non-battle, but finished close enough to eventual podium finisher Charles Leclerc to think a place on the rostrum could be his this weekend. Meanwhile Ferrari's other driver is in dire need of a strong race and will be looking, at a minimum, to get ahead of Italy's other team. Romain Grosjean will hopefully have a good night's sleep and get out of bed on the right side on Sunday morning.

Hopefully this race will be a cracker. But if the event fails to fully hold our attention, it is traditional at a 70th anniversary race - I have decided - to look back on the history of the sport and our engagement with it - the drivers and teams we've supported, the races that have thrilled us, drama that left us breathless and, perhaps, those moments when we've had to look away.

It is in that spirit that I humbly present Galahad's 14 milestones of F1's first 70 years:

Finally some historical precedents that may be of interest to the superstitious:
Please gamble responsibly!
Click to expand

Not a Moderator · From London
Valued Member

Valued Member
I think the Mercedes may do well.......

Contributor
I think the track for this race will suit the Mercedes.

here's a depressing thing for competitive of sunday this was the last time mercedes didnt take pole at Silverstone.


yes 2012 only 6 drivers still survive to this day. was the day before murray played in his 1st Wimbledon final, London Olympics wouldn't take place for another 3 weeks. Leclerc Verstappen & Norris was racing 125cc karts. & lando looked like this 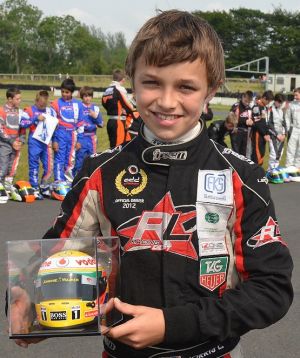 Valued Member
He pretty much still does

Apparently, for Racing Point, 10 days after last Thursday is, in fact, today... 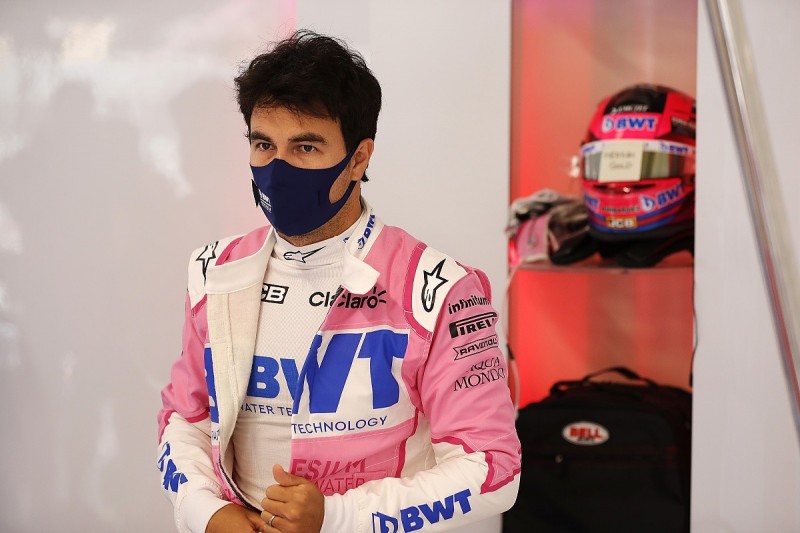 Staff Member
Premium Contributor
Hulkenberg really is the sort of person who could fall into a bucket of lollipops and come up sucking his thumb.

The guy just can't get a break.

Contributor
I do hope he gets another chance.

Contributor
Sergio Perez is still Covid 19 positive so Nico Hulkenberg gets another chance this weekend.Hopefully for him the car gets out of the garage on race day.

Johnny Carwash said:
Sergio Perez is still Covid 19 positive so Nico Hulkenberg gets another chance this weekend.Hopefully for him the car gets out of the garage on race day.
Click to expand

The thing is, I'm not in the least bit surprised that Perez is still positive (not least as it's only 7 days since the first positive test)... It's almost as if our government didn't know what it was doing when it set a 7 day self-isolation...

(Even 10 days is probably insufficient)

Contributor
So if that is the punishment for Racing Point having illegal brakes, I wonder how much money Ferrari had to pay up for there illegal engine last season. 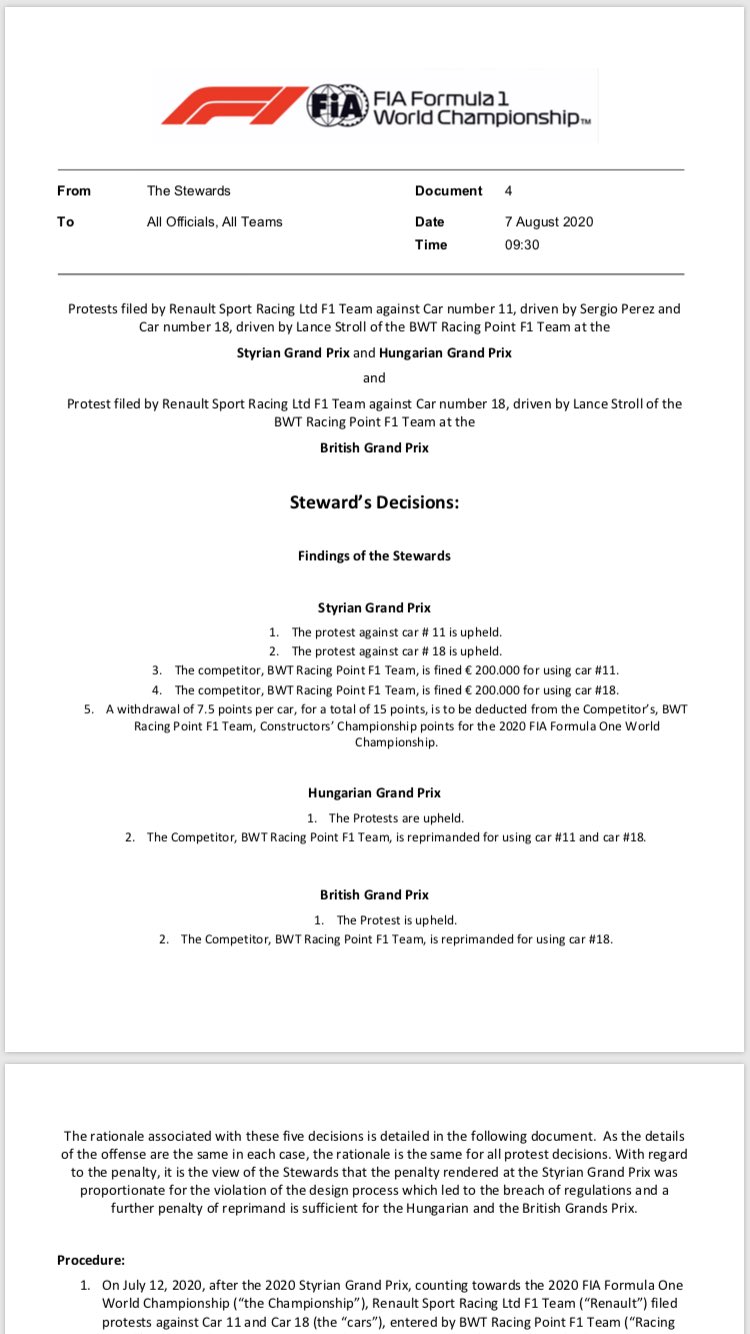 Presumably, now if Tracing Point uses the rear brake ducts this weekend, then they will be thrown out of the race?

So was the Racing Point a perfect copy of last year's Mercedes?

The last team who had access to another team's IP and used it inappropriately was fined $100,000,000 and thrown out of that year's championship...

Staff Member
Premium Contributor
Yes, but that involved corporate theft, this was a willing partnership:

A quote from Toto:

Wolff said, “It’s about the fundamental question: Do we want to allow customer teams? Large teams earn good money and the small ones perform better, a real win-win situation. You need alliances for that and Renault slept through them.”

its made my head spin abit this trying to work this out. but i think ive got it.

so Renault original protest on front brake ducts was actually wrong & racing point were correct they had done nothing wrong. because they'd used cad designs of w10 in 2019 when they were non listed parts. the only issue is that they used the same design for rear brake ducts on the 2020 car after they became listed parts & you have to design them yourself

but the irony of all this F1 has been coping each other for last 22 years that ive been watching, so lets not go overboard F duct FRIC, Double Diffuser, Blown Exhausts. the other team employ photographers to take pictures of the rivals. & according to the FIA its legal to run for the rest of the season
Last edited: 7 August 2020

Racing Point only got caught out because they left the ducts black. Should've painted them pink.