Well, the Austrian Grand Prix has a lot to live up to. Barcelona, Montreal and Baku have all proved excellent races and we're all hoping that the same can happen in the lush, green hills of Central Europe.

The title race has had its first real flashpoint with Vettel's wheelbanging at turn 16. This could have represented a massive swing to Hamilton but for an ill-fitted headrest. As it was, Vettel eked out 2 points on his British rival. Watch for fireworks.

It's not a case of Finnish friends in the second cars either. Bottas and Raikkonen collided again in Baku. While the chaotic race enabled Bottas' recovery, the two need to keep out of each other's sides to boost their chances in the Constructors' Championship.

Max Verstappen will be outrageously frustrated. He's getting into very good positions - almost certainly a race win in Baku - but is not completing the races. It looks like a finish will coincide with a decent result, but to finish first...

Ricciardo, meanwhile, stayed calm in Baku to take the win while so many others screwed up around him. Chief amongst them were Force India, who'll not rival Red Bull if they allow acrimonious team rivalries to bin huge points.

Williams return to the scene of their 2014 front row with Lance Stroll on a huge high. Massa was just ahead of him too before a DNF. Toro Rosso may well be closer to them here though!

Renault contributed only to the attrition in Baku, so Magnussen took the big points in the 7/8 battle that Hulkenburg vacated. I've heard that Grosjean has been having brake issues.

McLaren scored points! So did Sauber! The McLaren/Sauber/Honda podium at Silverstone in 2008 has never seemed further away...

As for the circuit; it is not the Österreichring. Nevertheless, this small circuit is awkward and challenging, and often provides interesting racing. Last year was dramatic - wet qualifying, Vettel's tyre blowing, Rosberg getting ahead, the chase, Nicosteer. More of the same, please!
Click to expand

Contributor
The A1 Ring has provided some good races, I hope that's maintained. Also, I hope the Baku incident will be the touch paper for a very spicy remainder of the season.

teabagyokel said:
I've heard that Grosjean has been having brake issues.
Click to expand

You'd think he'd speak up about it really!

Valued Member
You'd expect the directors to broadcast it if he did have a comment to make, too.

Any guess who wants to rough up Vettel before he blows ... Verstappen .... Alonso.... Ricciardo.... or Hamilton... Seb does seem to be making a long list of hitmen after him potentially

I think he could really nervous at the start if he gets bogged down and get himself in another tangle... one more offence he could be banned from Silverstone in which case he won;t have to face the wrath of the fans there

Contributor
Having had chance to watch it from more than one angle that wheel bumping was no more than a glancing blow. Having said that Vettel has always pointed his car across the starting grid and has a history of being forceful. I do not anticipate there being a series of safety cars at what is a much more sensible circuit for racing.

teabagyokel said:
As for the circuit; it is not the Österreichring. Nevertheless, this small circuit is awkward and challenging, and often provides interesting racing.
Click to expand

Hold on, whatever happened to those plans of restoring the track to some of its former glory by buying back the land on which the track's northern loop section is located that runs from the Hella Light chicane to the Tiroch curve?...

The tarmac's still there, Red Bull were behind the initiative and the plans were reported by the motorsport press including Autosport.

Whatever happened to that? Has it just been quietly shelved and forgotten about?

Il_leone said:
Any guess who wants to rough up Vettel before he blows ... Verstappen .... Alonso.... Ricciardo.... or Hamilton... Seb does seem to be making a long list of hitmen after him potentially

I think he could really nervous at the start if he gets bogged down and get himself in another tangle... one more offence he could be banned from Silverstone in which case he won;t have to face the wrath of the fans there
Click to expand

You would love to see him banned, wouldn't you?? I'm sure he's quaking at the thought of the fans' wrath.

Il_leone said:
Any guess who wants to rough up Vettel before he blows ... Verstappen .... Alonso.... Ricciardo.... or Hamilton... Seb does seem to be making a long list of hitmen after him potentially
Click to expand

Verstappen: possibly, he definitively embodies the psych of an enforcer
Alonso: could be but he's too far back to have a shot at it
Ricciardo: probably not, too much of a nice guy for his own good
Hamilton: probably the better candidate but not 100% sure after seeing the way he handled himself last time

Il_leone said:
Dario Resta Last year he kept getting himself tangled at starts with other drivers and get very tetchy which contributed eventually to his foul mouth tirade at Mexico

I think you are probably right about his thin skin. Most F1 drivers are the same. Nico suffered badly after the Spa incident, and ruined his season but I bet Seb won't give a stuff about the fans' reaction if he wins at Silverstone. Your post hints at wanting him to either be banned or being involved in an incident leading to a ban. I want a fight between the top drivers, not some pre Brexit Jingo bells. I have no issue with Seb's potty mouth - the bleep machine works fine. He was silly to hit Lewis, but I sort of get what he was thinking - rightly or wrongly - and the punishment was sufficient. If it hadn't been for Lewis' headrest issue, this wouldn't even be a discussion.

I can see Seb coming unstuck in Austria if he is not on the front row and he's sandwiched in between the Red Bulls.. the drivers around him know they can go aggressive on him 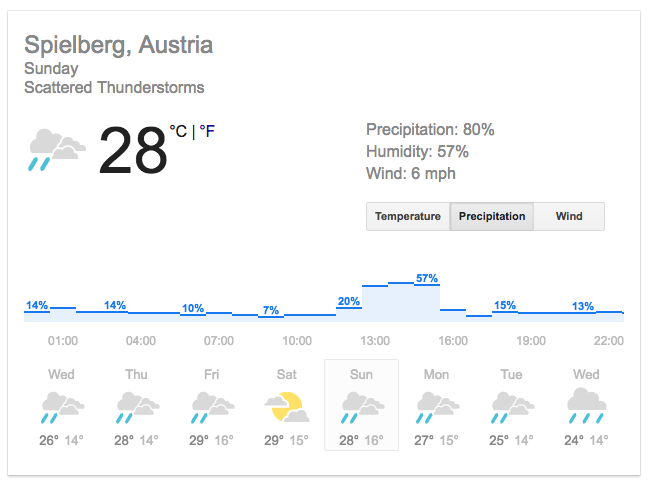 Valued Member
Could make it fun and play in to Red Bull's hands.

Contributor
If so FB it could make what follows well worth watching.

Valued Member
Max Verstappen would be rubbing his hands in glee at that, if he didn't know that as soon as his car is in a position to contend for a win it will randomly stop.