1. The picture round for starters, can you name the year in which this was the programme cover? 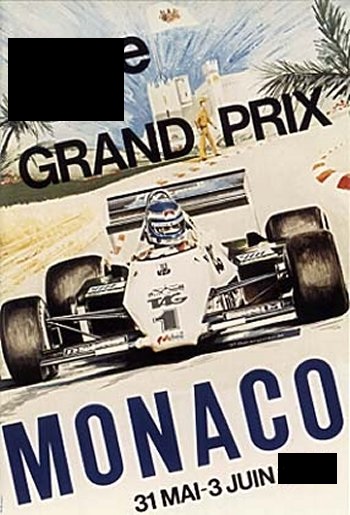 1984
2. In 1967 the unique nature of the monaco track caused what striking adaption to be made by Dan Gurney's Eagle between practice and the race?

They cut off it's sleek nose in the name of a larger radiator
3. For 0.25 points each, which four drivers have led the over 1000 kilometers at Monaco?

Graham Hill, Senna, Micheal Schumacher, and Moss
4. In 1984 Stefan Bellof's brilliant podium was months later stripped from him, who inherited it?

Rene Arnoux
5. Louis Chiron achieved Monaco's only podium in 1950, which manufacture was he driving for?

Maserati
6. How many of the last 10 years races have been won from off the pole position?

9, the exception being Hamilton in 2008
7. In famous 1982 race, how many drivers managed to reach the chequered flag?

Moss (three times), Coulthard, Webber, and Trintigant
9. Name the driver involved in this shunt in 1997. 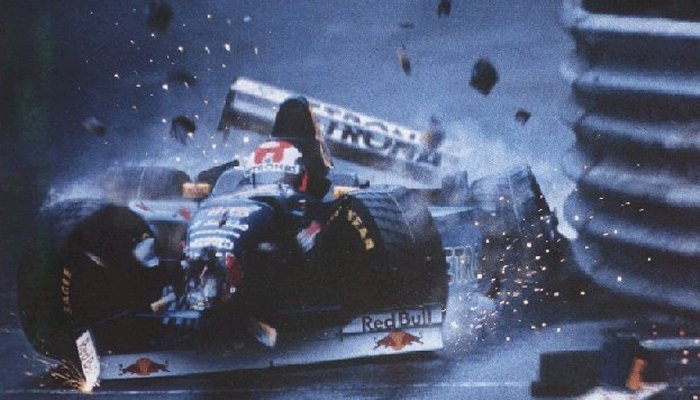 Sky's own Johnny Herbert
10. Lastly which driver has scored the most points at Monaco?

Mark Webber with 92. Alonso on 78, and Vettel on 77 could pass him this weekend.
And a reminder that the quiz wrting for the Canadain Grand Prix has not been volunteered for just yet.

Contributor
1.
Pretty good for me.

Lucky guessing with the 1950s though!