Valued Member
So, this year it is Hockenheim...

1. The last Germany/Argentina World Cup final was in 1990. Ayrton Senna won the German Grand Prix, but which driver lead for the last time in F1?


Eric Bernard
3. The last German Grand Prix at Hockenheim in 2012 saw Seb Vettel turfed off the podium having passed whom in a run-off area?


5th position for Lewis Hamilton in 2013. Half point for 4th or 6th.
5. Mercedes last win as an engine builder at Hockenheim was Hamilton's victory in 2008. Which all-German (driver/chassis/engine) combination scored fastest lap?


Nick Heidfeld for BMW
[half point for just Nick or BMW, and yes it was registered as a German constructor]
6. The other F1 driver to die at Hockenheim was Patrick Depailler in 1980. For half a point each, name the two circuits Depailler won races on.


Jarama and Monaco
7. The day of the Grand Prix will be a 55th birthday to the last woman to compete in F1, Giovanna Amati. Who was her Brabham team-mate?


Eric Van Der Poele. She was replaced by Damon Hill, of all people.
8. It is also a happy 71st birthday that day to Chris Amon, who holds the record for leading the most laps in F1 without a win, with 183. Which of the 2014 drivers is closest to his total?


Romain Grosjean, who is on 40
9. This is the start of a German Grand Prix. Name the year. 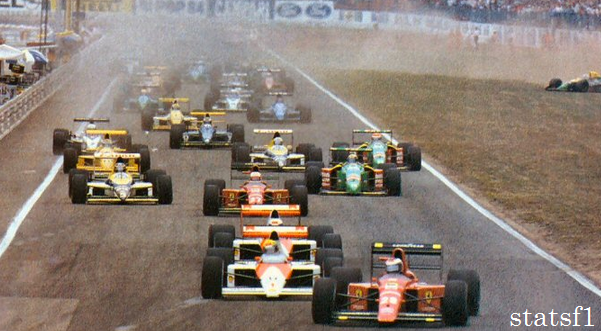 1989
10. With the Vettel family of Heppenheim celebrating the birth of baby Sebastian, take half a point for the two drivers to split the Williams at Le Castallet in 1987 in qualifying.

Contributor
5. My best score for a long time.

And thanks for remembering Chris Amon. One of my favorite drivers (and one of the unluckiest).

Valued Member
siffert_fan - One of?

He's the unluckiest in terms of racing, although he survived the era, so maybe he had the last laugh.

teabagyokel said:
siffert_fan - One of?

He's the unluckiest in terms of racing, although he survived the era, so maybe he had the last laugh.
Click to expand

Survival is the only reason I don't rate him as the unluckiest I ever saw!

Staff Member
Premium Contributor
catching up on some quizzes.