Did anyone else see Murray's match yesterday at the US Open? His first grand slam event for 20 months, following hip surgery in 2019, and it was epic! 4 and a half hours of slugging it out, coming from 2 sets and a break down to win in 5 sets...

And this was just round 1!

Contributor
Djokovic been disqualified has opened up the men’s draw now.

Emma Raducanu what an absolute superstar. still in disbelief that has just happened. 1st female brit grand slam winner in 44 yrs. what a superstar happened in front of our eyes

i knew from Wimbledon & earlier us open rounds she was quality. told everyone she was will be huge in next 2-3 years. never expected 2-3 days

great taste in Sport too 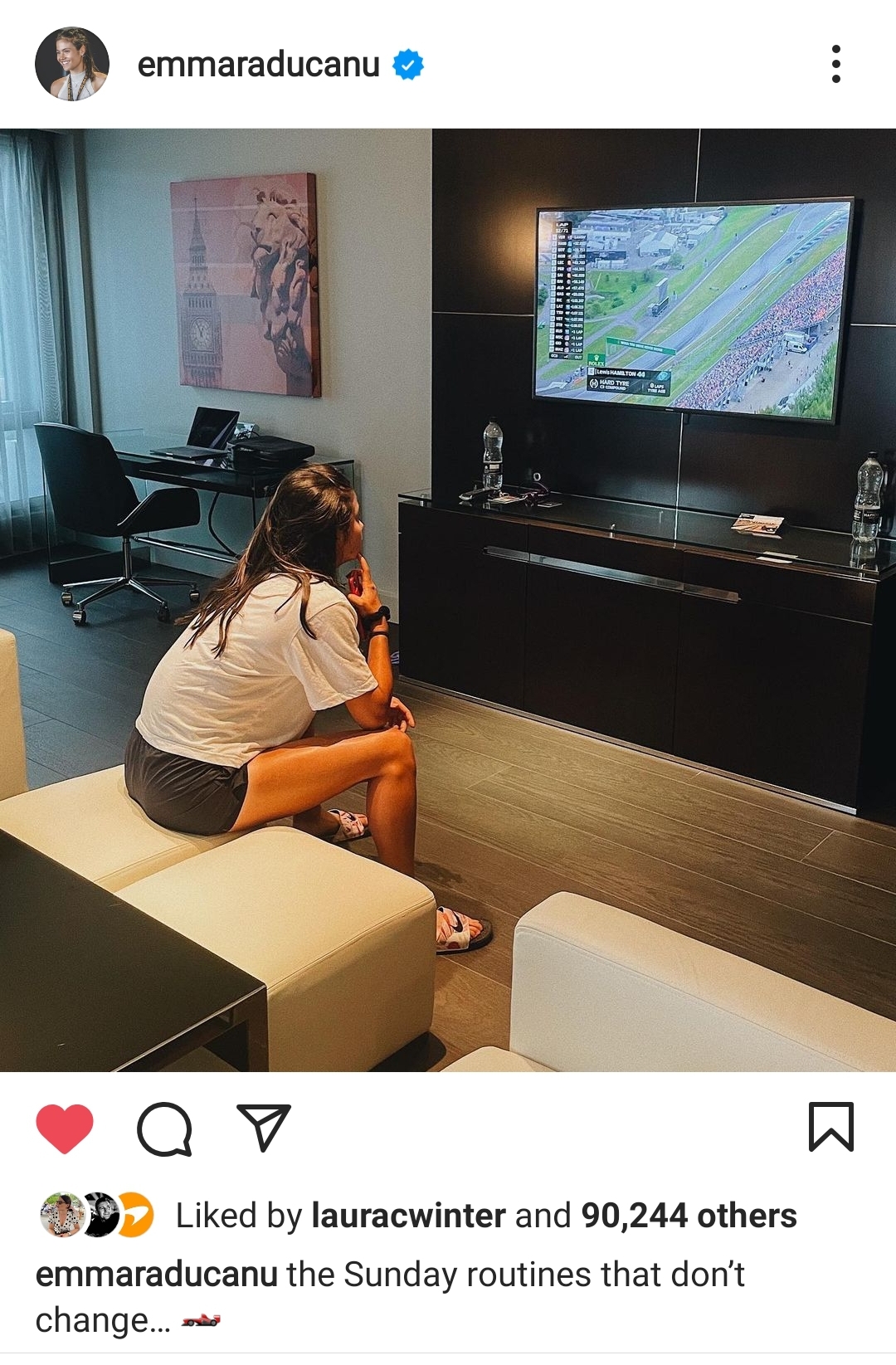 Fernandez was playing great & i was throughly enjoying the game. but she wound me up right up. there's gamesmanship we've seen it & theres shes literally bleeding on the court. wouldnt be surprised if Fernandez saw the opportunity to get it back on serve at 5-4 with wounded raducanu.

10 rounds of tennis from the first qualification round to the final and Emma never even dropped a set.

She was born in Toronto, Canada, to Romanian and Chinese parents.

Brogan - and has lived and gone to school in Britain since she was 2. (of course, she didn’t start going to school at age 2...)

She was born in Toronto, Canada, to Romanian and Chinese parents.
Click to expand

shes lived & grew in Britain since she was 2, came through the LTA academy. unless your telling me that Bradley Wiggins & max verstappen is Belgian

we arent talking about the England cricket team 10 years ago
Last edited: 12 September 2021

Staff Member
British citizenship does not make someone British.

She's as British as my daughter is American.

Which is not at all.

Brogan, her father is of Romanian extraction and the mother Chinese, she was born in Canada, by the norm, she would take nationality from her parents but a citizen of her birth country, convention would seem that if her parents are married she would take nationality from her father, however from the Afghan evacuation there seemed to be a large number of people described of being British nationals evacuated but not of British indigenous appearance.
Taking the above into account the question is are the parents now British citizens and one assumes she is as apparently she has a British passport.Being British is a registration, being English, Welsh, Scottish or Irish is not the same, technically being Irish can be described as British as they are born in the British Isles but their nationality is Irish, but not a British citizen, the correct description for her is UK citizen with dual nationality, for the media purposes is that she is British which is the convention today.
Last edited: 13 September 2021

Premium Contributor
From her point of view it’s a complete disaster being described as British. The British Press (scumbags ) will now feel it is their British duty to destroy her on a daily basis, any way they can .

Unless of course she wants to be British, which is quite nice when she obviously has so many other nationalities to choose from quite legitimately based on country of birth and parents nationalities.
Last edited: 13 September 2021

we are giving alot of credit to babies memory before they was 2. if i was born in aberdeen & moved to where i am now when i was 2. i wouldnt call myself scottish & start supporting aberdeen. as Mo Farah said when a journalist told him he wasnt british "Look mate, this is my country. This is where I grew up, this is where I started life. This is my country & when I put on my Great Britain vest I'm proud. I'm very proud."

britain have been bad at this ajiaz bedene, Kevin Pietersen & numerous track athletes like Tiffany Porter because we are awful at it. but this isnt it
Last edited: 13 September 2021