am i surprised no. because we knew it couldnt last & ive seeing this coming from the june last yr

Contributor
It took you until June? Thought writing was on the wall when dropped Kimi and signed LeClerc

Contributor
Other than Schumacher - all of them since the 80s

Staff Member
Premium Contributor
Arguably, Kimi did alright out of the gig. He got a world championship out of it.

Contributor
Nah. When Kimi joing Ferrari he was an exciting driver that everyone thought was a top talent. By the time he left he was a number 2 driver who people had been complaining wasn't good enough for the drive for about 5 years.

RasputinLives said:
It took you until June? Thought writing was on the wall when dropped Kimi and signed LeClerc
Click to expand

thinking about it in hindsight that vettel ferrari career was over wasnt it. because that overtake was the literal changing of the guard

Gut - keeps reminding me of this as it just wont go away. would open a seat at Mercedes for a return at german driver at the German team again (Hamilton & Bottas is only non german partnership in Mercedes history) & 15 (technically 17) world champions have driven for Ferrari at some time. every driver thats won 4+ (bar lewis) has driven for them. Lauda Alonso Mansell Ascari Hawthorn
Senna (rumoured to signing 1996 contract before his tragic death)
Jones (did sign a contract only them to ignore it & take Mario Andretti) 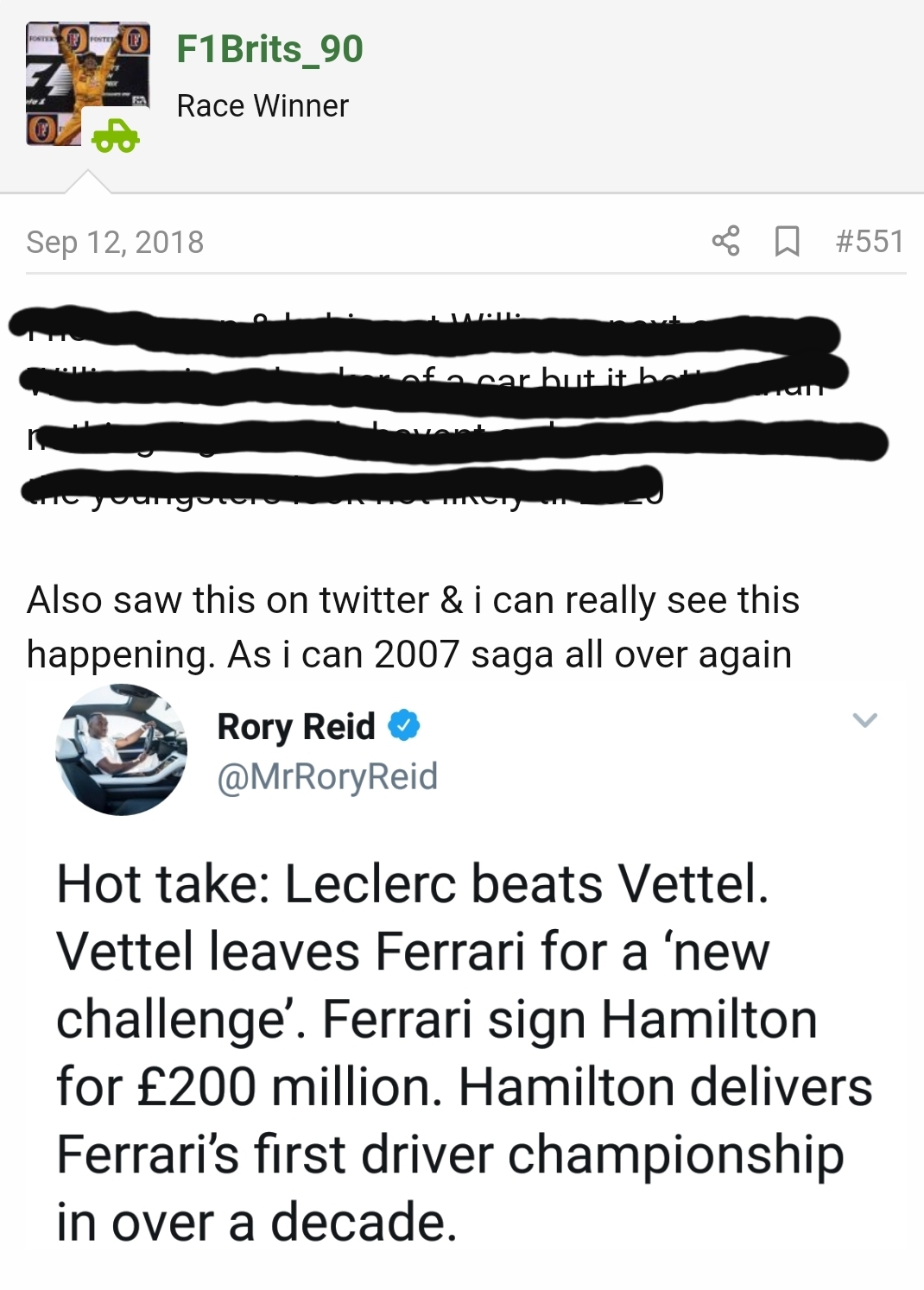 Contributor
Hamilton would be an absolute moron to go to Ferrari. It would truly only be for the money.

Staff Member
Premium Contributor
Of all the drivers on the grid, my head can't make Hamilton in a Ferrari work. They seem like oil and water to me. Hamiltons mentality and image is not one you would associate with the prancing horse.

Premium Contributor
I think Hamilton will stay with Mercedes.

i agree in a way because as i say the head says Carlos Sainz. it would be a cracking young partnership with great potential. maybe the best partnership in F1

would Hamilton not feel it might just be the missing page. i said in italian gp how can you not be on podium not want a piece of that. Ferrari winning the Italian GP is for me the greatest sight in F1. & Ferrari like historically having the best driver on the grid. 2020 would be 1st year without "best" since alesi/berger in 1994 (signed Schumacher on precontract in 1995)

You'd say Massa and Kimi were both better than Alonso and Hamilton then?

cider_and_toast said:
You'd say Massa and Kimi were both better than Alonso and Hamilton then?
Click to expand

true Alonso as 2 time world champion was the best driver that preseason, & like leclerc very few couldve predicted hamilton would've been that good. but i guess it more who they ferrari felt was the best driver. in hindsight Ferrari were maybe right (or lucky) as kimi wins the world title, Alonso career was never the same
Last edited: 12 May 2020

time will tell if its double congratulations

Valued Member
Bottas out, Vettel to Merc. We find out how good Hammy and Seb really are in the same car.

Not going to happen but we can dream.

Staff Member
I think I speak for myself when I say ... 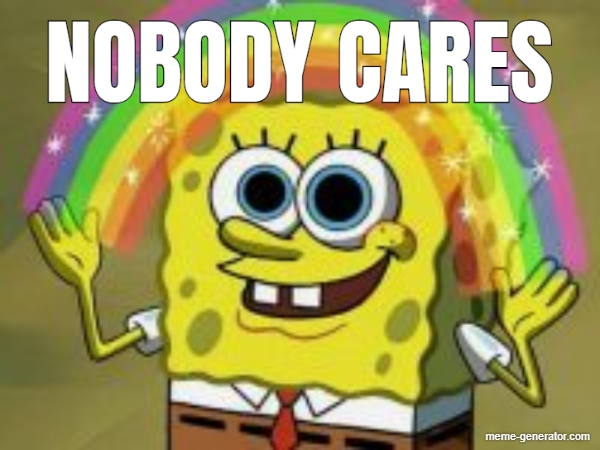 FB said:
Bottas out, Vettel to Merc. We find out how good Hammy and Seb really are in the same car.

Not going to happen but we can dream.
Click to expand

its possible as i put above until bottas joined. it was only time mercedes had an all foreign lineup even in the 50s they had always had a german driver