Contributor
Whilst Formula 1 blasts round Shanghai on Sunday the day before will see the streets of Rome filled with tyre squeals and electronic whirrs as Formula E comes to Europe and makes its debut at the fabled Italian capital. The circuit in question is the second longest of the year and apparently goes past some major landmarks. 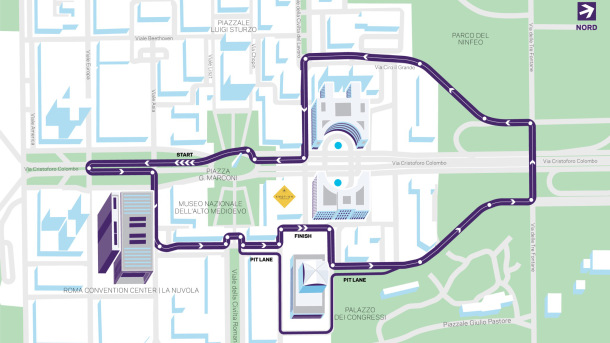 I can't say it looks especially interesting as it's full of the usual 90 degree corners but you never know about a circuit until its been raced on.

If we get the same type of race we've had so far this season then raced on it certainly will be. I dismissed Jean Eric Vergne as a title contender very early on so obviously he is now significantly in front in the championship to make me look like a fool. He and Teechetah have really exceeded expectations this season, especially surprising as they are a Renault customer team. The actual Renault team seem to be just tootling along until the end of the year where they hand over their place in the franchise to sister company Nissan. Nico Prost might as well stop coming to the races and Buemi's comeback came to an abrupt holt last time out. Vergnes real contenders are Sam Bird in the Virgin and Felixstowe Rosenqvist in the Mahindra who both need to get back on form. Bird is having his usual mid season lull which he really needs to kick out of as the championship is really there for the taking this year. Rosenqvist has less experience that the other two but a whole lot of talent. He really needs to get on with it though.

All of them will have to contend with the Audi's and the Jags though. Audi are out to prove a point after a disastrous start to their life in Formula E. I can't see them winning either title this year but it would not surprise me to see Di Grassi and Audi dominate the European leg of the Formula E season. Jaguar too are looking strong and are keen to prove a point, both Evans and Piquet are on top form this year and you would hope they at least pushed on to the podium this time out.

Then of course there is the wildcard factor. Every race someone in the midfield pack pushes themselves to the front unexpectedly. One of the things I love About Formula E. My tip this time out? Antonio Felix Da Costa is due a good race.

In the UK the coverage has been once again buried on the Spike Channel. 10:45 for quali and 14:30 for race. Its also on Euro Sport, BT sport and shown live on the website.

Valued Member
I wonder how much the penalty will be for using that pit-lane. Doesn't look as costly as, say, Paris but it's still a non-traditional layout.

Interested in this circuit. They say it has quite a big altitude change

Contributor
teabagyokel I guess this will be the last season that matters as they'll be no pit stops next year except for damaged wings and retirements.

I wonder if that means drive through penalties will be dropped

F1Brits_90 said:
Interested in this circuit. They say it has quite a big altitude change
Click to expand

I'm quite surprised at this because I always thought EUR was quite flat! Been a while since I've been there though and thinking about it, perhaps it does slope in parts. 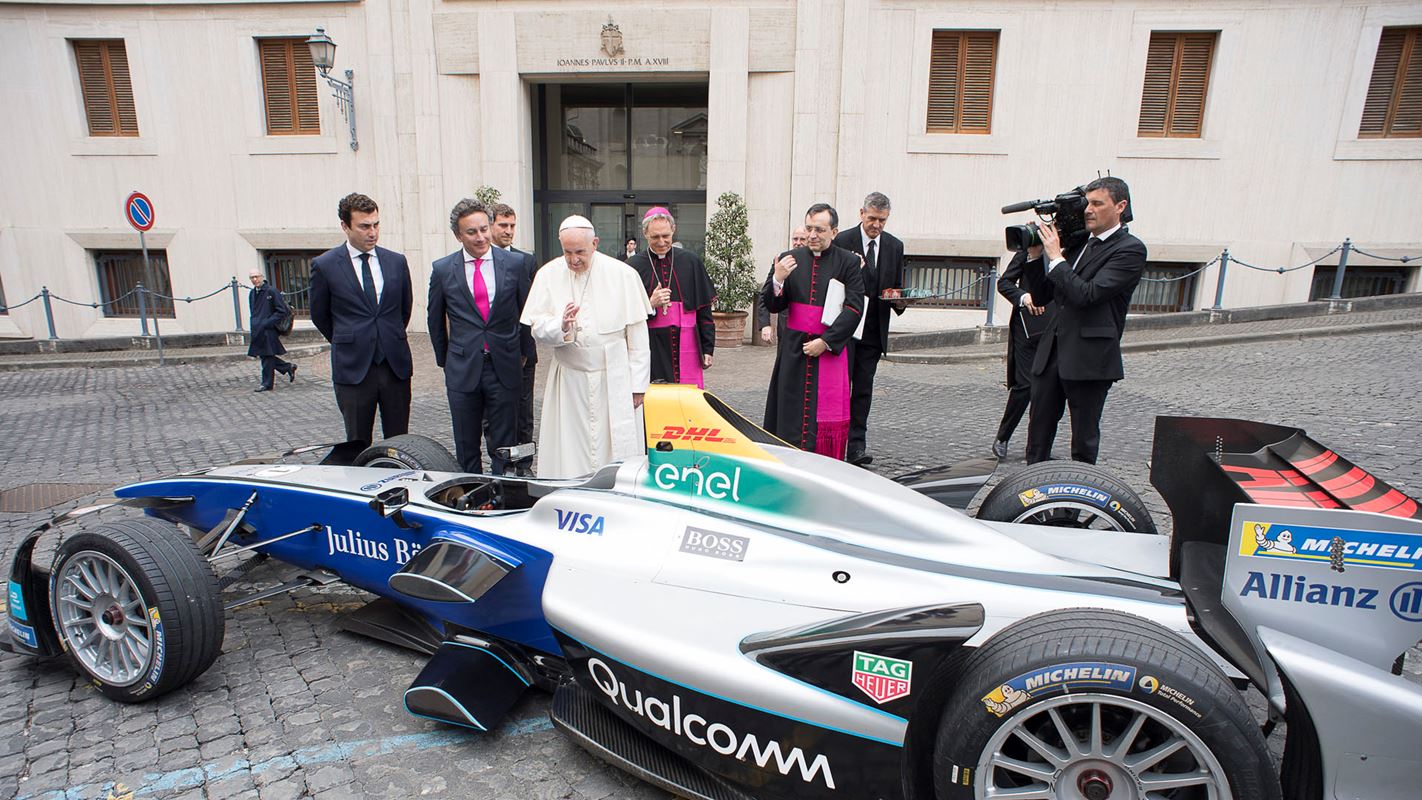 Valued Member
RasputinLives - I reckon drive-through penalties will be maintained.

rufus_mcdufus said:
I'm quite surprised at this because I always thought EUR was quite flat! Been a while since I've been there though and thinking about it, perhaps it does slope in parts.
Click to expand

Yeah i didnt think it had such inclines. But i was reading an article, Luca Filippi reckons the undulating Rome topography adds a special element that the drivers will have to adapt too. “It’s very interesting because there is a big elevation change from the top part, which is where the start and the hairpin is going to be, then the bottom part, where the park is, it definitely goes downhill and goes under a tunnel and then it comes up the hill

Contributor
What! The city of seven hills having elevation changes? Whatever next, they'll have to climb steps built by the Spanish?

Valued Member
What a great race. If you haven't seen it track it down.

Contributor
Just caught up and it was thriller wasn't it? 4 car train for the lead at one point. Gutted for Rosenqvist but that's exactly what Sam Bird needed.

cider_and_toast I really thought Evans was going to do it for you today.

Contributor
Also can I just add what is the point in Nico Prost anymore? If Nissan keep him on next year then it's a big joke. I'd shove Oli Rowland in the car right now. I know we used to joke about him and Abt getting drives because of their Dad's but at least Abt has some fight about him.

I watched the highlight show, what an exciting race!! and my two favourite drivers in contention for the win. Mitch Evans and Sam Bird. I really like those two. (Also like Nelson Piquet

Great win for Bird, sadly Mitch ran out of power

Contributor
But I thought that one of the big things about Formula E is that drivers have to be able to manage their power usage racecub. Mitch Evans simply did not have a clue about this but had he done so he would not have had the speed to challenge.

I just do not understand why people are feeling sorry for him.

Yes they do have to manage their power. But I guess in the heat of battle he got it wrong. I was sad because he’s one I like, just that reason really.
I first became aware of him in GP2 driving for Russian Time, it was Hockenheim and Russian Time were staying in same hotel as me. The mechanics escorted my sister and I to the track because we didn’t know the way ...on the proviso we keep up with them on the motorway

Mitch drove really well that day kept overtaking and won the race. So I just have a soft spot for him now.

Contributor
Bill Boddy I think Evans was caught between two ports of attacking and defending and inexperience showed. Doesn't take away from the good drive he had up until then though.

I missed the race that quite a bummer.

Finally Watched the race this morning had it on planner for over a week. You know me on the cutting edge of breaking news.

Nice track. Confusing start finish line though But i thought alot like Austrian gp 2017. The 25 laps were average but agree last 8 were a amazing never knew which way it was going to go so many momentum changes & bird lotterer di grassi Evans could all have easily won