Contributor
The wind down event at the end of the F1 season which sees mega star drivers for many walks of motorsport come together and race each other on a double track 'special stage' rally style stadium circuit.

The drivers race various types of race cars and buggies. This year it is the Skoda Fabia rally car, The KTM X-Bow and the fire breathing ROC buggies, single seater and 2 seater.

TV coverage has for the last 3 years been shown on Eurosport. Last year in HD as well. I expect the same deal this year.

Schumacher and Vettel have won it the last few years and have confirmed for this years event.

The driver line up is still a bit patchy, but here is who has confirmed so far.

I will fill in the blanks once confirmed. I think there are 6 more drivers to come.

If you haven't seen this before give it a go. Its great fun.

Damn dont have eurosport, have to find it online hopefully

There's no Quagmire Coulthard either...

The past 3-4 Race of Champions have been held in Germany, any reason why?

This is only the second year that it's held in Germany, it was held in Beijing in 2009 and the 2 years before that it was held in London. Germany (Schumi and Vettel) have won the past 4, though...

Definitely going to try to catch it this year

I've seen clips on youtube and it looks quite fun.

Contributor
The last time I saw it was when Vettel and Schumacher won the Nations championship for the first time, the same one where Schumacher stalled his car and Kovalainen bet him due to this.

Can't remember when that was...

Contributor
There I was thinking that I have gone mental...

The last F1 Driver to hold the title ROC Champion of Champions was Heikki Kovalainen in 2004. Michael Schumacher and Sebastian Vettel have won the last four Nations Cup titles for Germany.Here's the title winners list since 2000:

Now that is getting silly!

Contributor
Vitaly Petrov has now confirmed in the drivers line up.
5 F1 drivers so far. This should be a good year.

If interested a new ROC game is coming out for iPhone and android. Coming soooon. 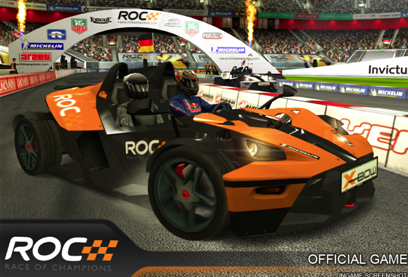 Contributor
As much as i like the ROC, i have to say that it's getting a bit boring now seeing alot of the same names taking part every year. Can't we have some new fresh faces in for a change Vettel and Schumacher have done it for the past three years in a row, aswell as Button.

But i'll still watch it nonetheless just would like to see some fresh names for 2012 at this event.

Contributor
It would be good if we got all the current World Champions from each car motorsport category to compete, with also some prestigious names.

Contributor
Vitaly Petrov in the Race Of Champions....along with his partner in crime Michael Schumacher?

I'm definitely watching it this year then!