Rounds 10 and 11 see the end of the inaugural Formula E Championship with not one but two races around Battersea Park. Here's the track:

I suppose if you are going to run a race around a park it's likely to not be that easy to come up with an inspiring circuit design so they have thrown in a few chicanes and made the pit lane a very odd shape. First race is on Saturday 27th June at 4pm and then the second on Sunday 28th, at the same time, with what ever is left of the grid from Saturday lining up for another try. I'm guessing Bruno Senna won't have enough cars left to race on Sunday.

Nelson Piquet goes in to the double header with a 17 point lead over Lucas di Grassi. Sebastian Buemi is 6 points behind di Grassi. If my school boy maths is right they are the only drivers able to lift the title. A win for Piquet and DNF for di Grassi in race one would crown Nelsinho as the Champion.

I'm not sure how you guys feel about the first season of Formula E, personally I've quite enjoyed it. There has been some close racing, some incident packed races, technical infringements, cock ups by the teams and no one driver has totally dominated. The circuits do need a bit more thought as, taking Russia as an example, parts of the circuit were simply too narrow for serious motor racing. But then we did have the fun and games of the Trulli train so let's not be too negative.

So, two races in two days and we will have a champion at the end of it. Don't forget to vote in the fan boost poll.
Last edited: 12 June 2015

Contributor
Well I won't be watching this one live as its on the same day as my wedding but I'll get it on catch up at some point.

Like you FB I've really enjoyed the Formula E. So elements need improving its true but then it is its first year. The important thing is that the racing has been good. Will be interesting to see how it will develop. Certainly it appears that a lot of big brand names are queuing up to be associated with the series including car manufacturers.

As for the races in London (they might be all double headers next year by the way) I hope for local interest we see Sam Bird battling at the front. I can't see past Piquet for the championship but with the bitterness between him and Di Grassi I am expecting the title race to end in some form of crash.

I would go but I've err got something on. Probably.

Premium Contributor
It must be at least 3 years since I cycled through the park, the surface left a lot to be desired then. I presume that it has been resurfaced in the meantime otherwise low grip will take on a new meaning.

Valued Member
Jaime Alguresuari has withdrawn from the race in London as his racing licence has been suspended after he fainted in Moscow.

Contributor
Oh dear poor old Jamie. He has not exactly been on good form all year.

It'll be interesting to see how old GP2 rivals Bird and Leimer shape up as team mates.

Staff Member
A few issues with the circuit - the cars are bottoming out, taking off and damaging suspension when they land.

TecPro barriers are being used to move the racing line over. 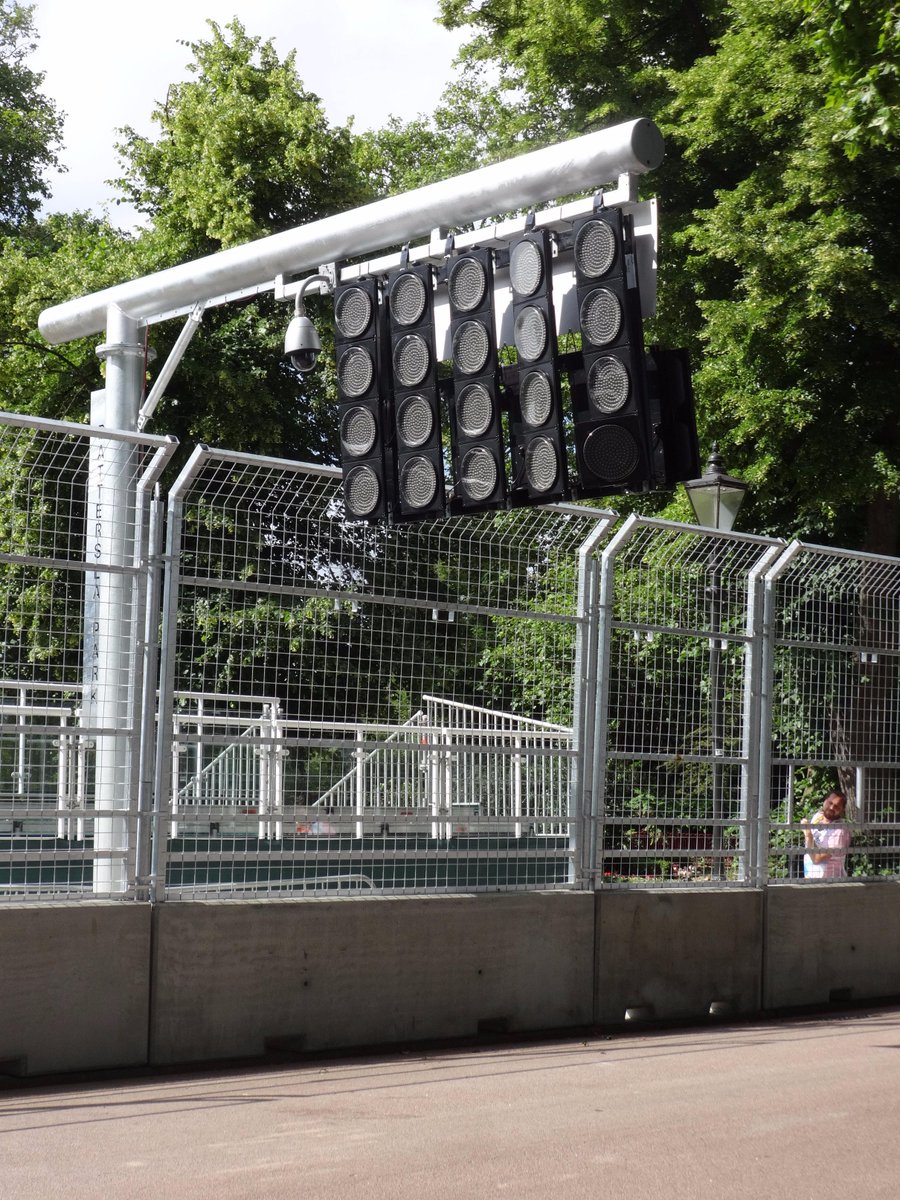 Staff Member
Is it me or are those lights extremely low?

I know the chances of a car hitting them (e.g. due to a flip) are extremely slim, but they look to be literally 2-3 metres off the ground.

Couldn't they have figured where the bumps were before race day?

hmm the way F1 is going this might be true

One of the things that's ruining F1 for me is the conservation of components and fuel. It's gone too far and affecting the racing too much. They have to preserve tyres, fuel, power units, gearboxes etc. Formula E also has an element of energy preservation but it's stored electricity - that's pretty much it. Much easier to understand for the fans and doesn't impact the actual racing in many multiple different ways. In fact it adds to the entertainment rather than subtract.
Last edited: 27 June 2015

Valued Member
What improves it is that we know how much energy each has used, and we know who (Toto) is lying to, in order to kill the race.

Premium Contributor
The one major problem with Formula E is the circuits. There was even one in a bigger car park than Las Vegas could provide and as for those concrete blocks all the way round it's like Valencia every race.

How exciting! The race for the championship gets blown wide open for the finale. I can hardly wait!

Bill Boddy I'm not sure what you expect them to change? They race in city centers rather than at traditional circuits in order to draw bigger crowds, minimize environmental footprint, and show electric vehicles in their natural environment. From an entertainment standpoint, racing on street circuits also better shows the speed of the cars - all things being equal, two cars moving at the same speed, one in wide open spaces typical of classical racing circuits, and one in an enclosed street circuit, the car on the street circuit looks faster. As speed and sportiness are the next two complaints about EVs after range, street circuits are better for encouraging people to look at EVs differently.

There are always going to be issues with the circuits - you can't race in city centers without falling prey to those problems. Concrete block borders are almost unavoidable in a street race, as they're the only thing that can be assembled quickly that can safely contain the cars and protect spectators. Indeed, I suspect they're the only things homologated by the FIA for open wheel street circuits.

Narrow roads are also unavoidable in most of Europe and Asia, so naturally, overtaking can become problematic. Unless you propose moving all races to the Americas, there's no way around that issue either.

great race i saw last night how piquet jr stayed out of the barrier beyond me in his battles with di grassi. but vergne was on driver of the race fantastic to see him do them 2 overtakes. also good its down to the final race i was saying pre race that out if the 4 id say buemi & di grassi would be biggest chance of champion as piquet sr is more down there like rosberg 82 down to consistently than speed

My money would be on Buemi to win the championship, if I had any CTA fantasy bets left

Incidentally for anyone recording the final race in the UK it's on ITV, not ITV4.

And if the weather is anything like it is now in SW London it could be a wet race.