Contributor
Round 5 of Formula E will take place around Hong Kong Central Harbourfront this weekend and it certainly has a lot to live up too if the previous rounds this season are anything to go by. It certainly seems impossible that the race will be any closer than the finish of the previous race in Mexico where Lucas Di Grassi won by around 3ft. Formula E's race format at the moment seems spot on though so I expect another good race.

By the time you reach round 5 of a series you would expect to know who the title contenders are but this year I genuinely have no idea who they are going to be. The championship leader is Jerome D'ambrosio but he's not even talked about as a number 1 in his own team that'll own a title challenger. His results so far though are not too be sniffed at. In fact in the chaos of the last round it was missed that he came from the back of the grid to 4th whilst his much fancied team mate ran out of energy. 2nd in the championship is Felix Da Costa but he's actually crashed out of 2 of the 4 races - scoring a win and a 2nd in the others. He certainly should be considered as a contender given that the BMW is arguably the best car in the field but needs to start being consistent. 3rd right now is Sam Bird who always seems to be in and around the challenge but, like every year, seems to have a great result followed by a poor one. Surprisingly finding himself now 4th is Lucas Di Grassi. The Audi has looked way off the pace but seems to be getting better, however its nowhere near the dominance we've seen from them previously. 5th is the new darling of the Formula E media Pascal Whrelein. Pascal has only been in 3 of the races this year and whilst he went out on lap one on his debut he has been in contention for the win in the previous 2 races. It should be noted he has pretty much run out of energy in both of those though so maybe some more experience needed.

Contenders from outside the top 5? Well Jean-Eric Vergne is well down the order (he's even behind his team mate) despite being in one of the fastest cars as those results just won't come. He needs that to change round very fast. It's also worth casting an eye over to Nissan who have the evergreen Sebastian Buemi and the much under-rated Oli Rowland. Both looked on for good results in Mexico but lost out when it turned out that Nissan had made an embarrassing mis-calculation on energy and neither made it to the line.

Elsewhere on the grid Mercedes have just announced their entrance into Formula E with a big snazzy promo video and will be preying that HWA (their probe team) can finally get them some good results. Vandoorne has shown some promise but needs to get his head in order. Venturi seemed to have found something in their car which might mean we see Massa up the sharp end a bit more but jury is still out on him. Jaguar need to wake up quick start as they appear to be sleep walking their way out of the series.

For whatever reason the race is in Sunday this time out and will be live on the BBC (red button), Eurosport and on the Formula E website from 6am GMT.

Valued Member
Looking forward to it, almost as unpredictable as F1 was in the 1980's

Contributor
Fantastic news! Look the indoor outdoor thing. Will def be getting going to that.

Great news about London and nice little gimmick with the indoor / outdoor thing. If it tips down as it often does in the UK it will make for some funny moments much like the tunnel in Monaco.

should be the good believe this & final race are the only races on the main bbc channel which will be nice. i believe its 7:30am for an 8am start. i wonder if we carry on with the curse of championship leader. but every race has had a thrilling ending. Mexico was ridiculous mortara 10th on lap 1 & 6th on penultimate lap couldve won that with a few more %. although i wonder if nissan edams guy us still in a job. because that was a criminal mistake. in the opening round understandable 4th round is unforgivable 30pts at least (maybe 37) is huge chunk of points to lose because they forgot about +1 rule. although 1 that will gutted at how it turned out because if ever there was a race you needed to make the end was that. as mentioned bonkers never seen a race where top 7 are still in contention on the penultimate lap. in F1 id chuffed to bits if we had 2 in contention with 5 to go

without going over old ground & this could be a wider motorsport problem. i resaw the piquet crash (no not that one

) & i can see i believe it was Jackie Stewart point, might be wrong & it could be another driver from that era. but they said something like that there are more crashes in modern motorsport because they know their are very few consequences. take piquet hit the barrier in vicious crash which he was driving into a gap that would always close. but able to jump out completely unscathed like nothing had happened. not motorsport can ever be too safe. but i doubt piquet wouldve made the same move, if he knew that there was possibly of breaking an arm or leg or some other way his life could be endangered in 1970s
Last edited: 6 March 2019

FB said:
And London back for 2020 with a race which is outdoors and indoors through the Excel arena - Formula E to introduce new London street race for 2020
Click to expand

kudos to formula e great decision. i think the organisers have really excelled themselves

ill get my coat

what a lap from vandoorne in what looked like treacherous conditions. but we always knew talent was there from lower formulae just if he could produce it. curse of championship leader hit again. with d'ambrosio qualifying in last

seeing them conditions in the qualifying round up have we ever had a wet race. i think we haven't but i keep thinking that London was wet once

before i got distracted about the race. is it just me but i kept thinking Jamie Chadwick looks alot like Dua Lipa 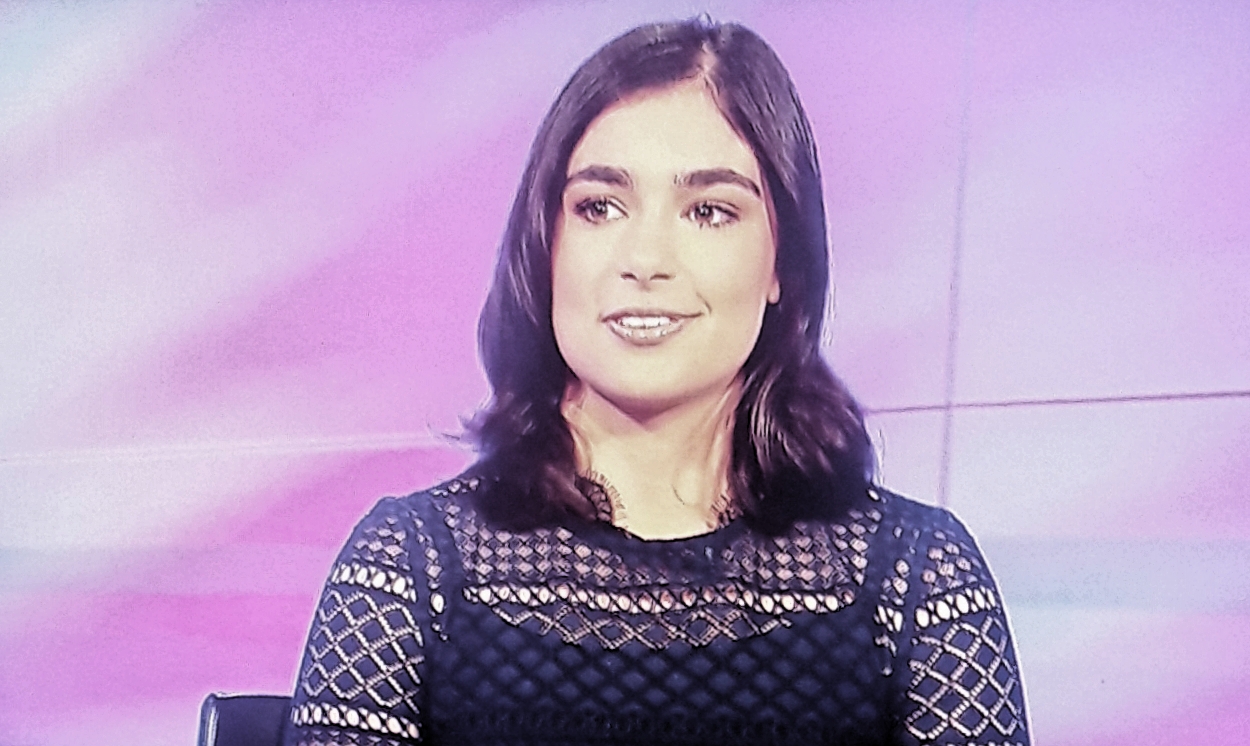 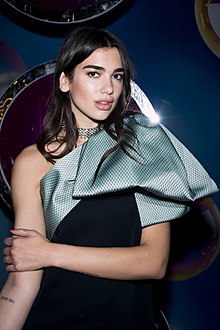 Contributor
Well what a good race, I enjoyed Mexico and Ho kers was equally interesting.
I'm becoming a fan, I think.

I enjoyed that too

very good race but that is becoming the norm enjoyed the race between the top 2. nip & tuck all the way. i know its unpatriotic but Bird has to get a pen for giving lotterer a flat tyre on that penultimate lap. looked a desperate move from Bird, there was never a gap to overtake. he was never close to alongside in gap that was always going to close in the right hander. he seemed to think he was in BTCC & trying to bump his way through it wasn't a 1 off he was lucky to not give rowland a flat tyre

feel for vandoorne stunning lap in what looked like treacherous conditions. only for bad luck to strike again
Last edited: 10 March 2019

in my opinion correct decision & from reading the interview. he knows it in his heart as well

Contributor
Just caught up. Massively tense throughout and some great racing. Good coverage from BBC as well as it tentatively puts it on proper telly.

Bit gutted for Sam Bird because Lotterer was moving around in braking zone and if that had not been for the win no one would have battered an eyelid. Still even dropping to 6th puts him in lead of the championship.

So a win for Edo 'deadman' Mortara and Suzie Wolff's Venturi team! Crikey would never have predicted that a couple of months back.

Also a post script: a few years back in a televised row Robin Frinjs said to Sebastian Buemi "ok then! Next time I'll run into the back of you". Frinjs left the sport for a couple of years but is back now and finally fulfilled that promise today!

Staff Member
Premium Contributor
Quite a bitty race I thought. Some good bits here and there and a couple of oops, that's funny moments.

Mortara must be a happy man, seldom has so little be done by a driver to win a race.

Contributor
If you remember he went from 6th to 3rd in Mexico for doing bugger all too. He is the Johnny Herbert of Formula E.

To be fair to him he held off Lucas Di Grassi for most of the race.

Staff Member
Premium Contributor
Oh, I'm not saying it's a bad thing. Sometimes, staying out of trouble and keeping your nose clean while others around you find the wall is as good a method as any to win a race.

As Prost always said, he always tried to win races at the slowest speed possible. It didn't turn out too badly for him.

Contributor
Just seen this (image stolen from bloke on Twitter)

Love it or hate it Formula E throws up ridiculously close competition.

Would love to see some stats regarding wins from pole over all 50 races. I can't remember 1.
Last edited: 10 March 2019