Whilst the rumour mills are flying about returning to Red Bull surely Vettel would want a pay cut and be a No 2 driver ?

Contributor
To be fair Christian Horner say no a lot. Usually at the start of every sentence. 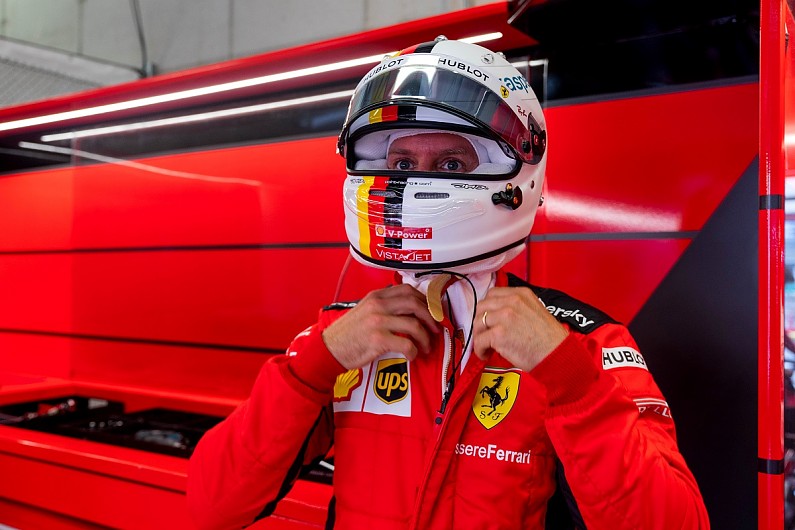 Sebastian Vettel has confirmed he held talks with Renault over a Formula 1 race seat for 2021, and would be open to returning to Red Bull should an offer be made

i would say yes to Maya Jama. but both answers are going to be no

Staff Member
Premium Contributor
Given the number of contracts now being signed ans sealed there is nowhere for Hamilton to go unless he swaps for a Red Bull and I really don't see that happening.

If contract negotiations at Mercedes drag on any longer, Hamilton and Bottas will have nowhere to go if they don't sign.

Contributor
I have to say. I suspect Lewis might call it a day if he breaks his records this season. 2021 is going to be unpredictable rules wise and I suspect he'd rather go out on a high than a whimper. I can't see him doing an Alonso or a Kimi and just keep pounding round lower and lower down the field.

RasputinLives - remember that the rules changes have been postponed to 2022 - and there aren’t going to be new cars in 2021... given Mercedes’ dominance this year, if Hamilton is dominant this year, he’ll be dominant next year!

F1Brits_90 said:
i would say yes to Maya Jama. but both answers are going to be no

interesting fact about Maya Jama is that she went to school to a school in Bristol that produced two Nobel Prize winners in physics...

Staff Member
Premium Contributor
If/When Hamilton quits F1 I really can see him moving to America where he's got quite a bit of star power and can earn a mint.

Daytona and Indy would welcome him with open arms.

Contributor
If the rules have been pushed back he will probably sign a new one year (under condition Bottas stays his team mate) and the ride off into the sunset. I think you're probably right about the US.

Contributor
Why would he want to do that? It's not exactly a prestigious record we talk about. Doubt it's crossed his mind.

RasputinLives Strange things have happened in F1 and do we think Mercedes are secretly speaking to Verstappen and would be willing to offer him more than £30m ? whilst at the same time saying to Lewis we don;t have the budget to meet your demands .. it happened to Button remember when Merc really wanted Schumacher

Contributor
I just meant why would Lewis think he couldn't retire unless he won it with 3 teams? Don't think it's a factor.

RasputinLives said:
I just meant why would Lewis think he couldn't retire unless he won it with 3 teams? Don't think it's a factor.
Click to expand

I would say that would not be his prime reason but if Red Bull Honda does appear to be the next best car and he still wants to break records then he might join. I think Honda would be prepared to foot his wages

cider_and_toast said:
If/When Hamilton quits F1 I really can see him moving to America where he's got quite a bit of star power and can earn a mint.
Daytona and Indy would welcome him with open arms.
Click to expand

He already lives in America a significant portion of his time. I think he has homes in New York, Colorado, LA and Miami.

I doubt he would do Indy or Daytona. Those series don't pay anywhere near the level of F1. And at this point he isn't about the money. He has talked frequently about the other talents and interests he wants to pursue.

Even it was about the money, he can make more money as a celebrity than as a driver post F1.

Staff Member
Premium Contributor
What I meant by making a mint is that he can race in Indy and Daytona for fun but make a mint just by being in America and from sponsorship deals and all the other fashion and music stuff he enjoys.

Contributor
Russell and Latefi confirmed at Williams for 2021.