Russell to stay at Williams alongside Latifi for F1 2021

George Russell has confirmed he will remain with Williams for the 2021 F1 season, with Valtteri Bottas expected to imminently sign a new deal at Mercedes.

Red Bull and Alpha Tauri - the one who should be concerned is Kyvat because if he does not get promotion then what for his career ?

RasputinLives said:
Russell and Latefi confirmed at Williams for 2021.
Click to expand

What are the current regulations about having 10 teams on the grid beyond this season? Haas have not committed beyond next year so there is a speculation about them not being on the grid
Could another team take their slot ?
Last edited: 17 July 2020


Il_leone said:
What are the current regulations about having 10 teams on the grid beyond this season? Haas have not committed beyond next year so there is a speculation about them not being on the grid
Could another team take their slot ?
Click to expand

not likely & this is why budget cap needed. no haas, williams were dodgy & racing point saved from adminstation. it only take fractions the other way we could easily been looking at 14 car grid in 2021

Contributor
We already have 3rd and 4th cars on the grid. It's what the big teams were aiming for in the late 00's and what they have got. They just snuck it in under a disguise.

RasputinLives said:
We already have 3rd and 4th cars on the grid. It's what the big teams were aiming for in the late 00's and what they have got. They just snuck it in under a disguise.
Click to expand

Contributor
We are guaranteed 12 cars on the grid from the teams that now run F1. Up to 14 if Renault are happy to keep playing bumbling little brother. 16 as long as Zak Brown owns McLaren and the Motorsport media. The rest are toffee.

Ferrari are done with Haas now so I think they'll dissapear. Unless Williams run out of money then the boss teams will need to extend to make it look like a competition. So Haas would probably become Prema and we'd see HWA and a Japanese team (under the Mugen name?) join the grid.

I'm ranting off topic now. I should probably write a thread on it.
Last edited: 17 July 2020 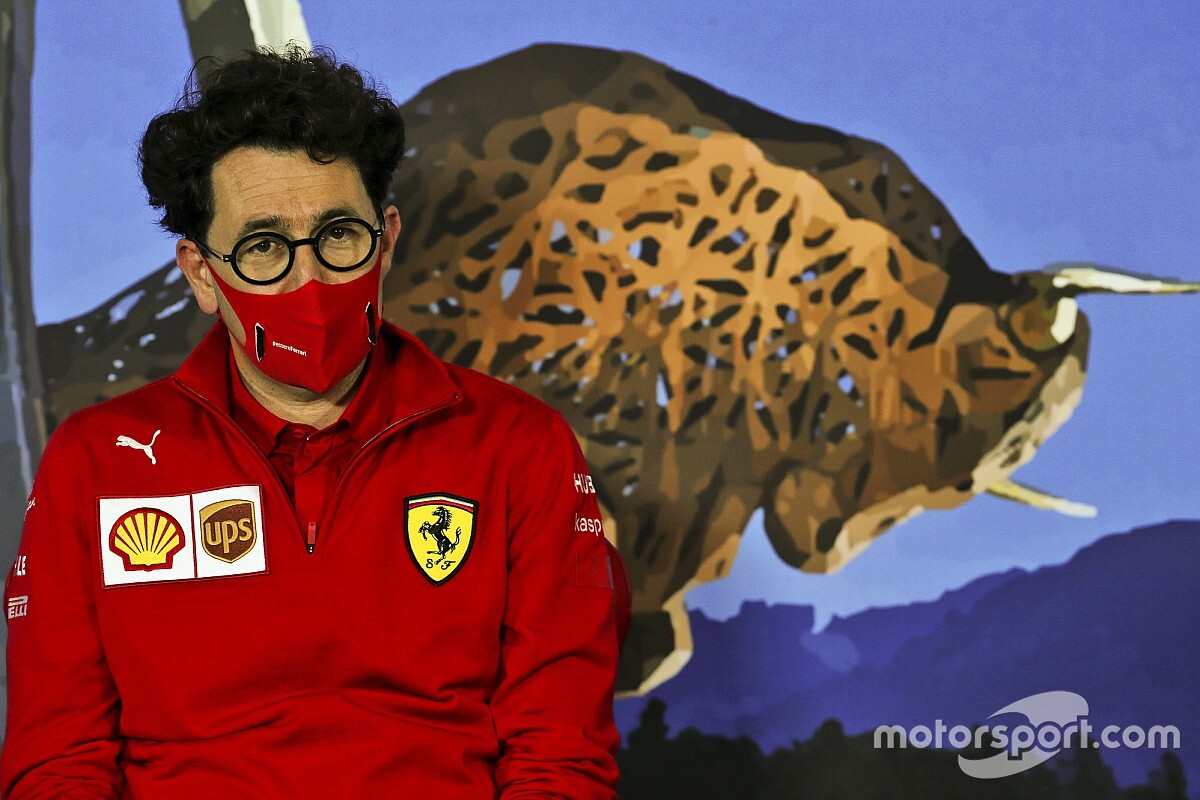 Why Ferrari wants to boost Binotto, not boot him

No sooner does Ferrari have a stumble at the start of a Formula 1 season, than the rumour mill goes into overdrive suggesting it's time for a change at the top.

As ever the Ferrari way is to scapegoat someone

Contributor
Hardly surprising...I was thinking that after Austrian GP. It's their M.O. and it would kill Albon's career.
BUT, he's been given the chance, he needs to smash it or he's going to be in a lower mid-field car forever.

can we force mercedes into take verstappen for 2021 because at the moment. Mercedes as incredible as they are theyve built an unbelievable car its ferrari 2002 levels where theyd turn up with last yr car & still take pole/win easily. but mercedes so unprecedentedly dominant they are making Scottish football look competitive in comparison

In this week's F1 Gossip column, Sergio Perez is considering a switch to Alfa Romeo for 2021 while the Spanish Grand Prix could be under threat...

Sergio Perez says it is “obvious” who would make way at Racing Point if the team did sign Sebastian Vettel for the 2021 F1 season.

Someone suggested is it possible Lance Stroll would be shoved into Merc for Racing Point to have both Perez and Vettel which would mean Bottas makes way ?

so Perez would replace him which leaves 1 seat remaining

Ferrari also have 4 other drivers in F2 - Alesi, Illott , Shwartzmann and Armstrong. Currently Illot and Shwartzman are 1-2 in the series so you would think one of these drivers will get promotion into F1 either as tester or into the Alfa team

Should Schumacher get promoted it will get the PR but also raise eyebrows no doubt.

This throws up an interesting situation about Haas

The team has not committed to F1 beyond 2021

its potential that Kimi could retire as face it hardly much fun going around in slowest qualifying trim & 2nd slowest race trim but lets jump the gun as ive been thinking he retiring since 2016. i was watching ted's notebook outside of the baking advice. he mentioned Grosjean & relationship isnt a happy one. Grosjean talking about wanting to race & compete

but in 2018 Schumacher needed a year to adjust finishing 12th. winning 1 sprint race because he came 8th in feature race

Valued Member
Isn't Ralph's son racing in F3 (?). Do we need to start referring to Schumacher M and Schumacher D? I'd laugh until my leg drops off if David makes in F1 and Mick turns out to be a dud.