As 2021 could be the most dramatic silly season in the while with long-term impact (or it could not be).....it appears to be already underway. Three top drivers, Hamilton, Vettel and Verstappen are on the market, along with many others. Here is what we have, as best as I can remember:

The contenders:
McLaren: Sainz (free?), Norris (status?)
Renault: Ricciardo, Ocon - Are they both under contract?

Response from another thread:


Il_leone said:
The other interesting point Binotto let it open for the first time that Ferrari would consider Hamilton so one of these drivers will probably not be with Ferrari for 2021. You can make your mind up who it won't be
Click to expand

I am not sure I would read too much into all this. They all need leverage for the financial negotiations in 2021. Hamilton needs leverage with Mercedes, so talking to Ferrari gives him this. Binotto needs leverage is his negotiations with Vettel, so talking up Hamilton gives him this. Leclerc is already under a multi-year contract. I do note that Vettel has already mentioned discussions with Red Bull. More leverage. So at this point they are all playing a game, all looking towards negotiations for 2021. Playing it right can earn or save someone millions or more. Certainly enough for some of these guys to seriously consider what little words they are going to drop to the press. So this will be going on for a while.

Now, I did start of 2021 silly season thread. My suspicion is that when push comes to shove...we shall see Verstappen remaining at Red Bull, Hamilton remaining at Mercedes and Leclerc is already contracted. In that scenario, where does Vettel go? It really depends on how the first half of next season goes. If it goes well, then he may negotiate to stay. If Verstappen and Hamilton are staying put, then staying is his best option. If it does not go well, and Verstappen and Hamilton are staying put.....well, then the options get a little weird.

In that last scenario, then I think there are only four real options for Vettel: 1) stay at Ferrari as the number 1 1/2 driver (not really a number 1 but not officially a number, 2) return to Red Bull to team with Verstappen, 3) Retire or race outside of F1, 4) go to McLaren (which has yet to be rumored but I mention because it seems like the only other logical option). Now, option 1 and 2 don't really sound like a situation Vettel will be happy with, but he may do it because option 3 and 4 are not that attractive.

Added to that.....Alonso may be floating around in 2021 looking for a drive. He won't be going to Mercedes, Red Bull or Ferrari, as he also "does not play well with others" as they say in elementary school. A return to McLaren? Bump Sainz?

Anyhow, I am going to also repost this response in the 2021 Silly Season thread.

Contributor
Alonso was on C4 talking about coming back to F1 in 2021, he said he was in talks but he didn't say who with of course.

Contributor
He's desperate to be a legend, he isn't - he's a has-been.

id love to see its Alonso back but as he says it has to be in car that can at the very least fight for podiums. he is along with hamilton & vettel the best driver of the last 15 years. he would be 39 & 7 months when 2021 starts. Hill Mansell Schumacher Kimi Prost Piquet all did late into their 30's & lewis Hamilton will be past 35 next season he is driving better still at his best

you dont have convince me ive had a feeling for Lewis to go to Ferrari for a year. i think the timing is right if he equals Schumacher in 2020. its like england manager job very rarely does it get turned down & i feel there would be a regret if he hadnt raced for tifosi. this is just me but in f1 there are 3 races above all you want to achieve. home race monaco & monza in a ferrari
Click to expand

Angel said:
Alonso was on C4 talking about coming back to F1 in 2021, he said he was in talks but he didn't say who with of course.
Click to expand

Yea, I noted that on a Sky interview this weekend. Now, it may be Alonso being cute, but I would not be surprised if he is working up a deal with McLaren. A lot of people on this board are enamored with Sainz at the moment, and he has had a very good season. But he was outqualified by Hulkenberg when they were teammates, and this season Hulkenberg was outqualified by Ricciardo and Sainz was outqualified by Norris. So....my suspicion is that Sainz will eventually go the way of the Hulk. If McLaren is competitive in 2020 and looking stronger for 2021/22....then they will be in the market for a top driver. That means for 2021 Hamilton (out of reach), Verstappen (out of reach), Leclerc (under contract), Vettel, Alonso, possibly Ricciardo (don't know his contractual situation for 2021), or ????

Up until now, the silly seasons have been defined by there only being 3 teams worth driving for. Come 2021, there may be five (add McLaren and Renault). This does open things up.
Last edited: 3 December 2019

Contributor
This silly season is likely to be one of the silliest for a long time, there are a lot of top drivers out of contract and all the new changes coming in, it's going to make it almost impossible to work out who is going to be in the best seats for 2021.

I'm not sure if Alonso is still likely to bag a good/top seat, he might think he will but things move on quickly in F1, a lot of new young drivers are coming up and they're way cheaper too than he'd be, not to mention less demanding. Balance that with less experience and it's a gamble but Alonso is already 38, so that means his reaction times and so on will be less than they were etc. So I'm not confident anyone will want him, or at least not the teams he would hope will.

If I remember correctly, Ocon had at least a two-year contract to go with Renault.

we haven't even started silly season, but it would take something for this to get weirder. we have gossip that Ferrari might be interested & never seat isn't even cold yet, lewis hasn't even left. toto wolff is saying he getting calls from everyone interested in replacing lewis who hasn't left & might sign a new contract 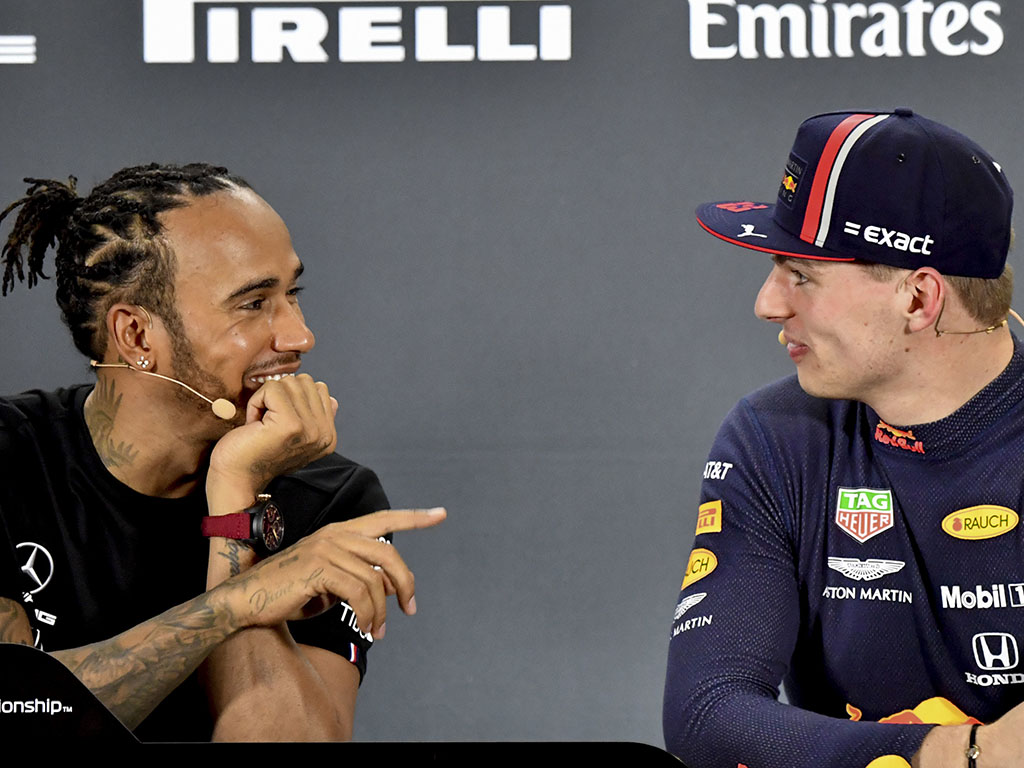 Good, so I didn’t start this thread too early.

Something that crossed my mind the other day when watching Formula E which I am surprised no one has thrown it to Lewis' face . If he is advocating F1 should be more environmentally friendly then why not compete in Formula E because it has been given world championship status just now. So being F1 and Formula E world champion is a great thing to have to show his array of talent

unds if it came to that Il_leone 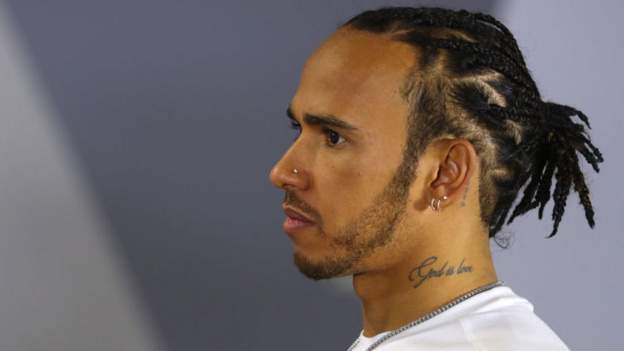 Ferrari have had talks with Hamilton

Ferrari CEO Louis Carey Camilleri admits the team has held talks with Lewis Hamilton about joining them in the future.

Contributor
Yeah but the conversation probably went like this:

Ferrari: Please please please sign for us
Hamilton: Not yet
Ferrari: Why?
Hamilton: Coz you're slow
Ferrari: But we'll be really quick, soon, honest!
Hamilton: [turns and exits silently on solid gold hover scooter]

never underestimate fresh motivation. but i agree he wouldnt leave Mercedes for anyone else but the pull of Ferrari is something only have to look at 2nd or 3rd tier drivers Irvine & barrichello are remembered in a way they wouldnt have if they driven for another winning team

there is a chance for history. because of the top of my head with exception of maybe fangio i cant think of a driver that has won a world title for 3 different teams because only 10 (6 still alive) have won 3 titles. Schumacher, Prost, Lauda, Piquet was 2, Vettel Senna & Stewart were 1. so to win with McLaren Mercedes & Ferrari would been a huge feather in the cap

F1Brits_90 said:
never underestimate fresh motivation. but i agree he wouldnt leave Mercedes for anyone else but the pull of Ferrari is something only have to look at 2nd or 3rd tier drivers Irvine & barrichello are remembered in a way they wouldnt have if they driven for another winning team

there is a chance for history. because of the top of my head with exception of maybe fangio i cant think of a driver that has won a world title for 3 different teams because only 10 (6 still alive) have won 3 titles. Schumacher, Prost, Lauda, Piquet was 2, Vettel Senna & Stewart were 1. so to win with McLaren Mercedes & Ferrari would been a huge feather in the cap
Click to expand