There hasn't been a Dutch Grand Prix since 1985. This was back in the last days of the turbo monsters with Nelson Piquet on pole in the Brabham BMW, the race won by Niki Lauda in the McLaren TAG with Alain Prost second. I doubt we will see a McLaren 1-2 this weekend, but then there have been some strange things happen this season so who knows.

The new Zandvoort is very different to the old circuit. The only corner any of us who watched races in the past will recognise is the hairpin know as "Tarzan". This has created some great incidents in the past, with Prost and Piquet clashing in 1983 and Derek Daly flying through the air in 1981. It is a genuine overtaking opportunity, which many F1 tracks lack these days, although some might argue attempts at overtaking are frowned upon these days as Red Bull will lodge a complaint.

You couldn't wish for a more different location to the race in Belgium. Spa is high up (in Belgian terms anyway) in the forest, surrounded by trees and hills. Zandvoort is right by the beach, in some places is below sea level and if you stand on the banks around the track you can see the sea. Expect it to still be hammering down with rain though. Perhaps drainage in the sand will be better than it was in the hills but a note of caution, there is the new banked section of track and for some very serious reasons racing cars don't typically compete on banking in the rain.

Courtesy of our friends at Wikipedia, here's a track map. 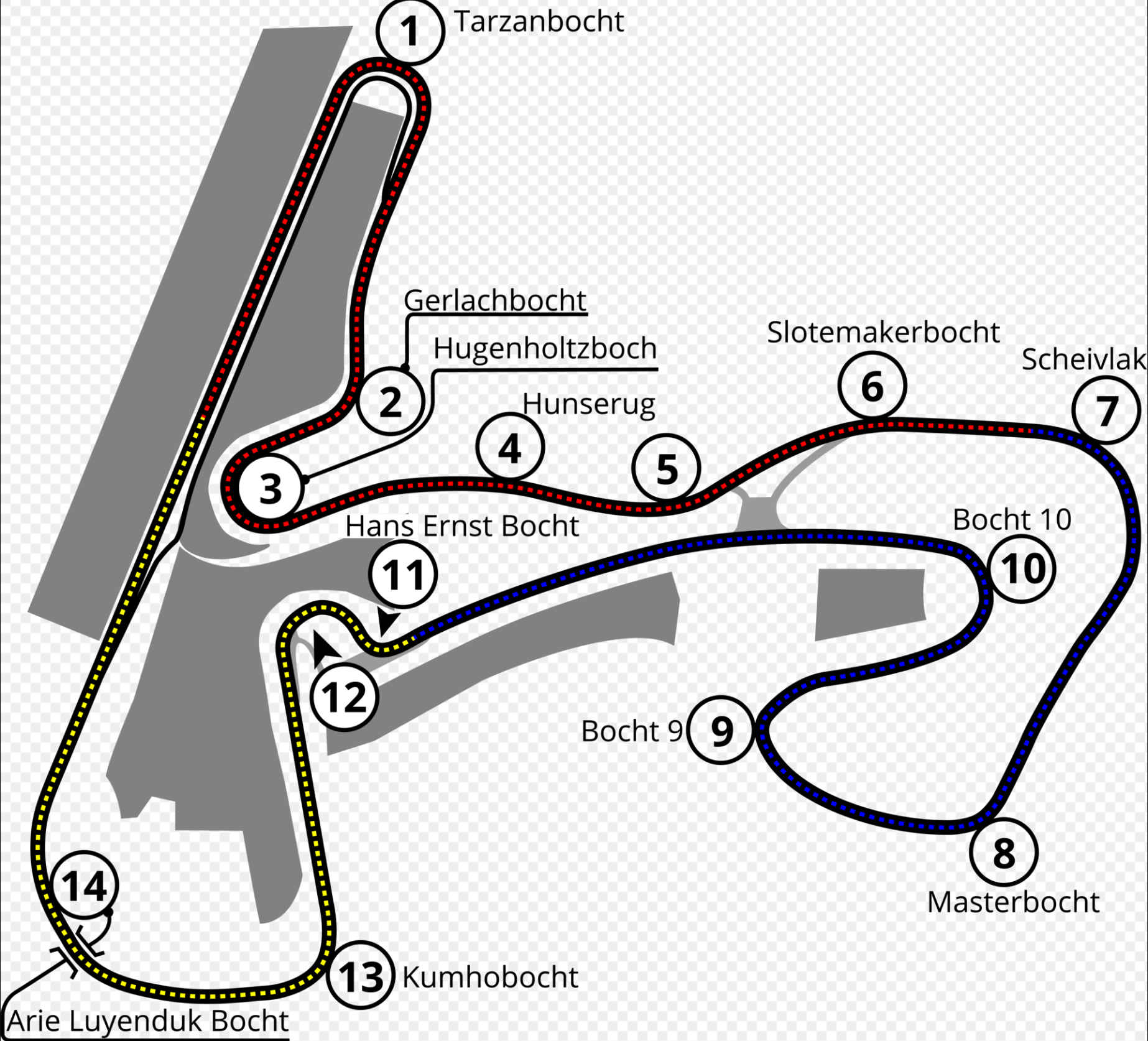 I assume Arie Luyenduk curve has a mullet!

The race is 72 laps long and Ferrari have won it most often, with 9 wins in the 34 times it has taken place.

also 1st track F1 will race at using banking since we stopped racing at Indianapolis. what could possibly go wrong

Contributor
The boo-boys will be out in force this weekend. Hoping for a 26 point haul for Hamilton this weekend though.

F1Brits_90 said:
i only found out recently they dont like being called holland & its the Netherlands, its a huge local fau par.
Click to expand

Depends where you're from. Holland (north and south) are two areas within the Netherlands but it's also been used to descibe the entire country. Napoleon called much of what is today the Netherlands "the Kingdom of Holland" so there's a bit of a stigma there from the period of French rule. Like much of Europe, the shape of various countries has been derived from the constant re-shaping of various kingdoms, Empires and treaties.

I've got Dutch family who have no problem with the use of Holland or Netherlands.

If anyone is thinking a out going , there is a huge campsite just outside the circuit, went there one year and had problems leaving the site due to a
Club meeting very well attended, would have gone but needed to catch the Newcastle ferry, almost walking distance, no not really.

Dartman said:
If anyone is thinking a out going , there is a huge campsite just outside the circuit, went there one year and had problems leaving the site due to a
Club meeting very well attended, would have gone but needed to catch the Newcastle ferry, almost walking distance, no not really.

if i had a deathwish. id get to zandvoort & if Lewis got pole. just start singing "there's only 1 Lewis Hamilton" & then probably have to leg it

cider_and_toast ah that was quite interesting. im glad some are still ok with it. because i remember in late 90s & for a while afterwards in football it was always holland & then recently its become a dirty word almost 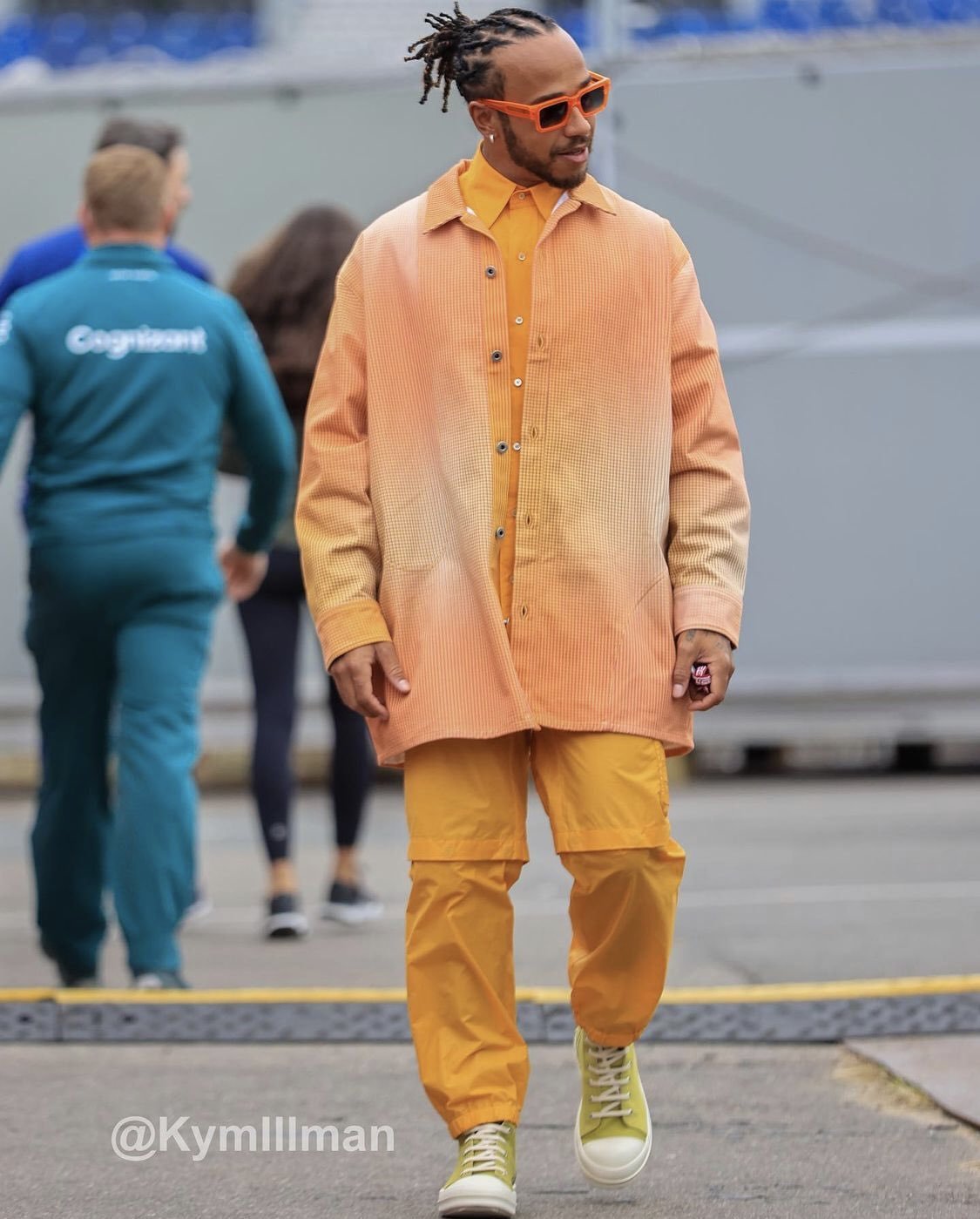 nice one lewis, loving the mind games. i hope that doesnt backfire like it did for phil taylor in darts who did the same thing

Johnny Carwash said:
The boo-boys will be out in force this weekend. Hoping for a 26 point haul for Hamilton this weekend though.
Click to expand

In a typical toss pot response from Verstappen he says its not up to him whether the fans boo at Hamilton.

Has he just been spotted leaving the McLaren garage?

im going to defend the dutch at this. because of course it sounds bad. it might be because being in a football background but this is home advantage & i wouldn't expect any different from them. british fans haven't been that bad but we also arent angels. we villianized piquet in 1987, booed Rosberg in 2016 & vettel in 2013 maybe 2017

i think ally mccoist once said about Booing. its a compliment because its mean they are worried about you & your a threat. ie: bottas has never been booed 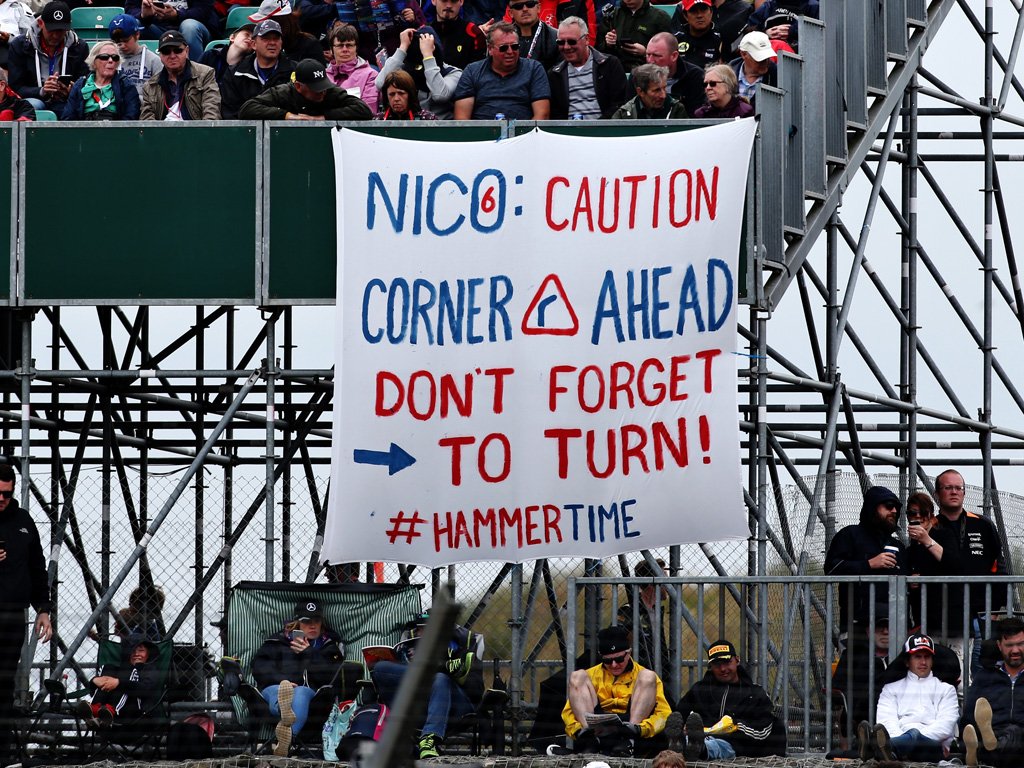 Staff Member
Premium Contributor
I remember the roar of cheers when Schumacher DNFd on lap 3 of the 96 British GP. A young lad in a Ferrari T-Shirt in front of me burst into tears and asked his mum why people were cheering when he went out.

Mind you, Hill went out about 20 laps later and the crowd started leaving so getting out of Silverstone wasn't as bad as usual at the end of the race.

F1 has always been partisan, it's just that it didn't really become apparent until it was on TV after the BBC advertising ban and then reinstated, it was still a niche sport for the geeks before geeks were discovered, no fan boys in those days just those who appreciated the drivers skill, very little technology and FA aero except for a slippery body

Contributor
I've met Dutch fans at the Nurberg Ring, Spa, Hockenhein, Zandvoort and the Hungaring with no problem.

Some of them have weird ways of having letting off steam such as having a milk churn, a football, an explosive of the type used for starting avalanches and and a fuse, You light the fuse, drop the fuse into the church, force the football into the churn and run as fast as as you can. The football can get quite high.

And F1 is shooting itself in the foot again, by losing approximately 1/4 of the F1 running on Friday in the first Dutch GP for 36 years.

i dont think there was much they could do because if that Battery light is on & the car is live. then they got to wait