Contributor
As I said to ‘Er indoors. Lucky you weren’t playing the whole of Macedonia.

always remember i found out about the political scenario & why FYR Macedonia are now North Macedonia through Eurovision. but that was very weird game & from a German journalist that 5 live had on after the poland game. he said it wasnt a shock as they deserved it had more chances & shots than Germany 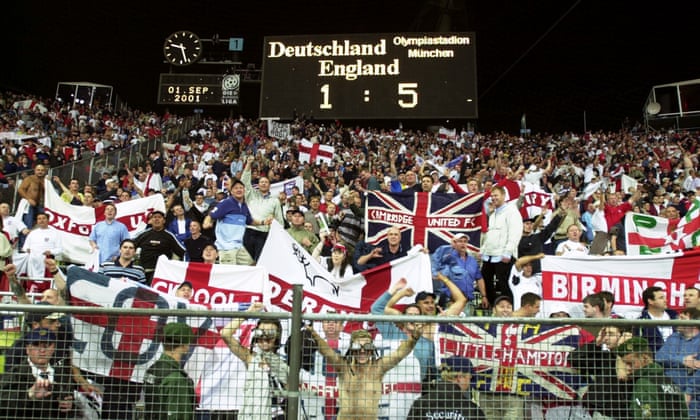 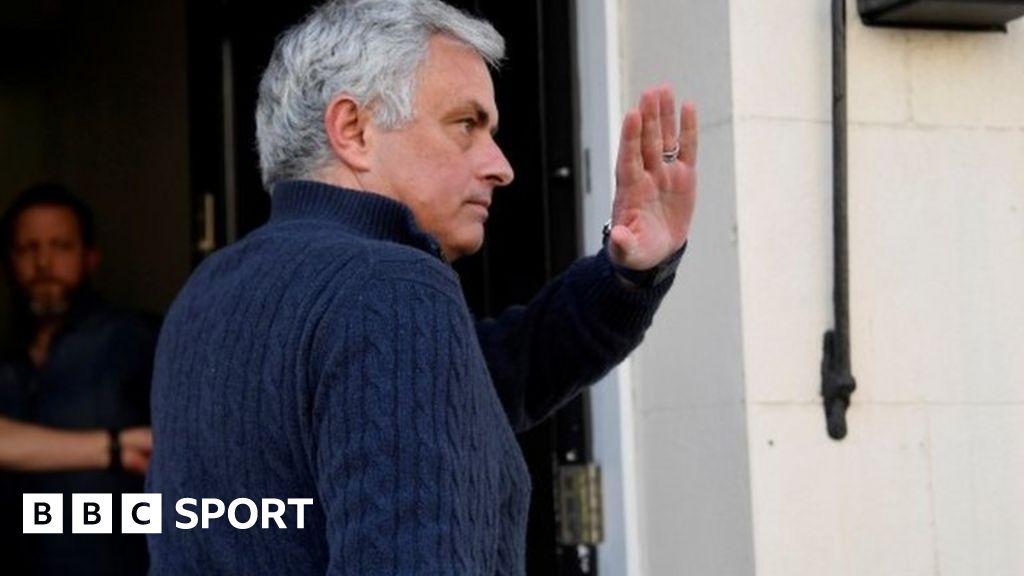 Jose Mourinho is sacked by Tottenham Hotspur after just 17 months in charge.

Staff Member
Premium Contributor
Who would have thought Jose being sacked is not the first headline in the footballing news today.

yeah its difficult when you say a disgrace to football & disgrace to the country. its hard to narrow down which story you mean

but odd timing 6 days before a cup final but i loved him at Chelsea. the real Madrid job ruined him. id say he's finished in England. glad because that son incident was an embarrassment

Contributor
Who would have thought that a bunch of teams would get together and make sure that if they have a slump in form, they can still coin it in in a closed shop competition.
I have no affinity with any of the teams involved, but it is the teams lower down the pyramid who have seen any dream of Europe crushed.
They have basically said that a Leicester city type championship win is effectively gone.

Johnny Carwash said:
They have basically said that a Leicester city type championship win is effectively gone.
Click to expand

The so called big six want to play in their domestic league and in their new cash cow league. In their domestic league they would have no real incentive to finish in the top 4 because they already have their ESL ball to play with. Imagine Manure face Wolves on Sunday and then on Wednesday they're due to play one of the massive ESL chums such as Barca, which game do you reckon they'll play the kids in?

Imagine a team getting relegated from the Prem because the other team that could have gone down beat a "Man City XI" due to their real first team having an allegedly globally important ESL game a few days later.

Personally I'd chuck the 6 out of the league this week. Tell them to do one.

Contributor
Totally agree cider_and_toast throw them out, no relegation this season from the premier league, and the top six from the Championship get promoted.

Johnny Carwash said:
no relegation this season from the premier league
Click to expand

can they at least relegate 1 side from the premier league, alot of sheff utd fans are looking to the championship. relieved at relegation. bit sick of the premier league at the moment, with the VAR ruining the game

but it would be typical that the 1 time fans are happy at relegation & we have to stay.

i stick with what i said at the start because the best i can put it, they are a disgrace to football & disgrace to this country. arrogance is a horrible stench.

it is breakaway league for all intents & purposes. because it will be B team of youngsters in premier league. i saw alot of people comparing this to the premier league, its nowhere near. 1st the premier league made football safe to go as they were skint & couldnt complete the taylor report. also they respected promotion & relegation then, also beyond. you didnt see them go right QPR. Oldham, Southampton, Coventry i know you finished 11th, 16th , 17th & 19th. but your not big enough. so your out & we are going to keep west ham despite finish bottom, then bring up Ipswich, Derby, Leicester, Wolves because they were bigger

but also ive said when it was 1st muted, many months ago

i hope they do, so i can laugh my arse off at majority ambitious failing because ive always thought there a huge flaw in there European super league. its the simplest going. only 1 team can win & only 4 teams can finish in top 4. because they are all focused on the money & they all think they will challenge for the title. because when you have Man Utd, Man City, Chelsea, Liverpool, Arsenal, Spurs, B Munich, Dortmund, PSG, Lyon, R Madrid, Barca, A Madrid, Juventus, AC & Inter Milan. someone going to come 12th. these massive clubs wont be happy finishing mid table every year. but arsenal fan tv is going to be hilarious if they think 7th is a disaster. wait til they are 14th & getting their arse handed to them by Bayern Munich, PSG, R Madrid & Barca every week. they'll be screaming to come back

Contributor
Jose Mourinho is going to go down in history, as the only manager sacked by an ESL club, a special one indeed.
Last edited: 20 April 2021

i think this sums up the last 2 hours 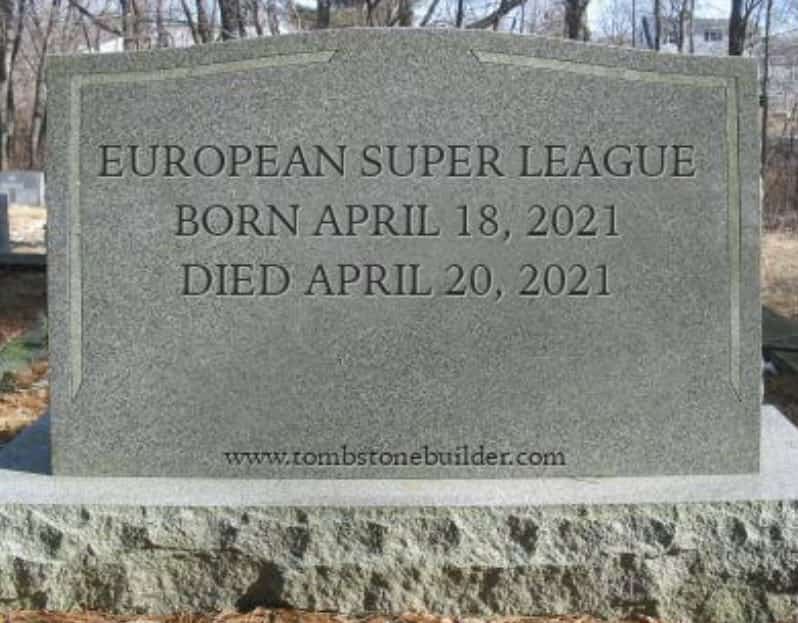 it backfired hugely, they overestimated their influence. also to resign from major roles at UEFA. is a big step. as theres more chance of wilder coming back to bramall lane than them getting their jobs back at UEFA

Contributor
It’s all well and good that they are backing out, but we should also never forget that if there was no backlash they would have carried on with it.

Johnny Carwash said:
It’s all well and good that they are backing out, but we should also never forget that if there was no backlash they would have carried on with it.
Click to expand

without doubt they tried to bully there way though & we are sick of it. arrogance & contempt for us is horrible. but the funny part is how deaf they are. we said this with B team in the league

Contributor
All six clubs should be fined £100 million, and that money should be distributed equally amongst the other 86 teams in the football league.

Valued Member
BREAKING: Arsenal have decided to not participate in the European Super League. They are starting their own breakaway league with just themselves. The bookies currently have them as second favourites to win it.

Contributor
FB they will be the last team in it and claim they went the whole season unbeaten.