So onwards we got to what has become the annual Hamilton/Mercedes lap of honour. After victory in his home country was secured Lewis now turns his eyes to a nice bit of PR for his team at the Hockenheimring. The once great Hockenheim is not what it was and isn't the most exciting track in the world (the stadium section is alright I guess) but we should feel lucky to have a German Grand Prix at all really given recent history. Once again we are predicting this will the last race at this circuit and that it will drop off the calendar next year. But as with Silverstone this seems to be said every year. I wouldn't say I would miss the track but not having a German Grand Prix with such German involvement but going to Viet Nam would be beyond mental.

Compeating to come second to Lewis Hamilton this weekend will be Valteri Bottas -just starting his mid-season slump, Charles LeClerc - trying not to become Jean Alesi, Max Verstappen - got his sensational win for the season under his belt, and Sebastian Vettel - coming off the back of his worst run of results in a decade. I can't say I'm that excited about it all but it might be interesting I guess. Mercedes 1-2 all the way.

Midfield is interesting. Gasly needs to jump out of it. Sainz and Norris need to continue the Mclaren revival. Haas need a new car. Renault need some results and George Russell needs to just keep doing what he's doing.

Not the greatest write up I know but I'm afraid life has got in the way - over F1Brits_90 who has some stuff he'd like to add.
Last edited: 24 July 2019
Click to expand

no pressure, hopefully they are meaningful enough

I hope you know I didn't mean anything by it, its just sometimes there no other way of phrasing something than just saying it & obvious issue that internet has no tone, only makes it worse
Last edited: 23 July 2019

Contributor
Haven’t really liked this race since it got the Tilke treatment back in 2002. 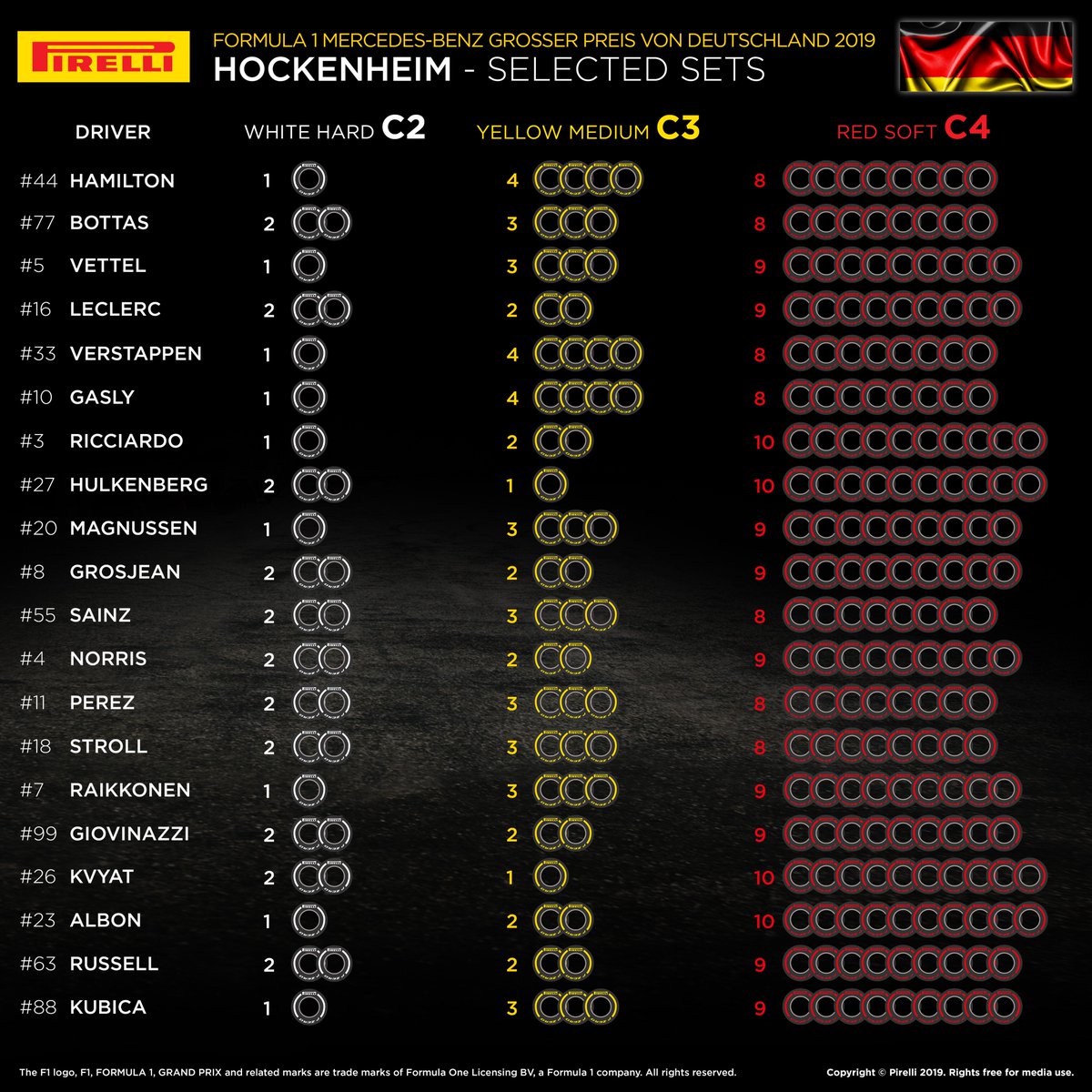 Contributor
Toto Wolff is saying it's going to be a hot race and it might not suit their cars much, like in Austria. No, I don't believe him either

Stifling heat and short bursts of thunderstorms (not quite long enough to call a safety car or red flag) are what is needed here...

Angel said:
Toto Wolff is saying it's going to be a hot race and it might not suit their cars much, like in Austria. No, I don't believe him either

well I thought they said in days after Austria, they know what issue they have & should have a fix in a few days. so yeah Austria is a 1 off, but saying that even back in 2016 & 2017 when we raced in Malaysia & Singapore they always struggled, so it seems to be a historic issue with the car

right no pressure with these comments

but I just wanted to say was 1st of all this is a Massive weekend for Williams, through all these bad weekends majority of what Russell has been saying is that we've got just got to wait til Germany, (cant say with Kubica because I don't think Ive seen skyf1 interview him this season) because Williams from what I understand will have brought for all intent & purposes a B Car to Germany. they are really hoping that this is the weekend that they can finally challenge to get out of Q1 & finally Leave the C race & join the B race. because like McLaren Honda when you can see light at the end of the tunnel. bad results wont affect morale, but if they are still as far away in Germany & Hungary with his updates as they have been. it could be a miserable summer break in grove as that light is switched off

also I cant talk for anyone else but for me all I see when we come to Hockenheim is huge disappointment, because what could've been, I don't want be drastic but I cant help but feel that the german gp died the day they butchered the new circuit it is just a shadow of its former self, removed all the character of track. as I loved them blasting through the woods & then on tip toeing through the stadium section with little downforce, in 2001 the pole averaged 155.6mph In qualifying (monza was only 2mph faster) fastest lap 150mph In race, there was always some great races & as I say there was always a thing of its not Hockenheim it should be

Contributor
F1Brits_90 Austria has never been the best track for Mercedes, not sure why. You're right about the hotter races, they do seem to do less well in them. We can hope they will do less well here, that way we might get a decent race!

Yes Williams will be bringing a 'better' car, let's hope it's a proper upgrade and not a Ferrari upgrade which leaves them being even slower

F1Brits_90 said:
Leave the C race & join the B race.
Click to expand

Actually, I think the series has devolved to five tiers:

The other talking points this week

i) Will this be the end of the German Grand Prix as its one of the races with no contract renewal and room has to be made for Vietnam and Dutch GP?

ii) Who is driving for Haas because the rumours are that one of the drivers is to be replaced and that well could be Grosjean with Ocon's name being touted as a likely replacement?

iv) Mercedes are due to appear in a special white livery this weekend?

Contributor
How is point 1 an other talking point when it's at the very top of the op?

Ruslan said:
Actually, I think the series has devolved to five tiers:

I would disagree because I think its about ambitions & the top 3 on there day can win the grand prix aim for the podium. middle 6 are all fighting for 7th & maybe 3rd row if 1 of big boys cock up. all 6 are all capable on their off achieve that as they all have at different times. then Williams drivers are just fighting each other (for now)

RasputinLives I blame the heatwave causing the brain fade

Over the years the German Grand Prix has lost something whether its the loyal following that Schumacher got then Vettel. Its a race that no longer excites or a must have on the calendar

Contributor
Okay at the risk of being dubbed the weather person for the forum I looked up the weather for the race this weekend. There is a heatwave in Germany (much as here) BUT and it's a big but, it's going to break on Saturday and the forecast I just looked at says 25C and rain for Sunday. Mercedes seem to have got their wish!

Rain doesn't look out of the question either, though qualifying is looking the most likely for that. 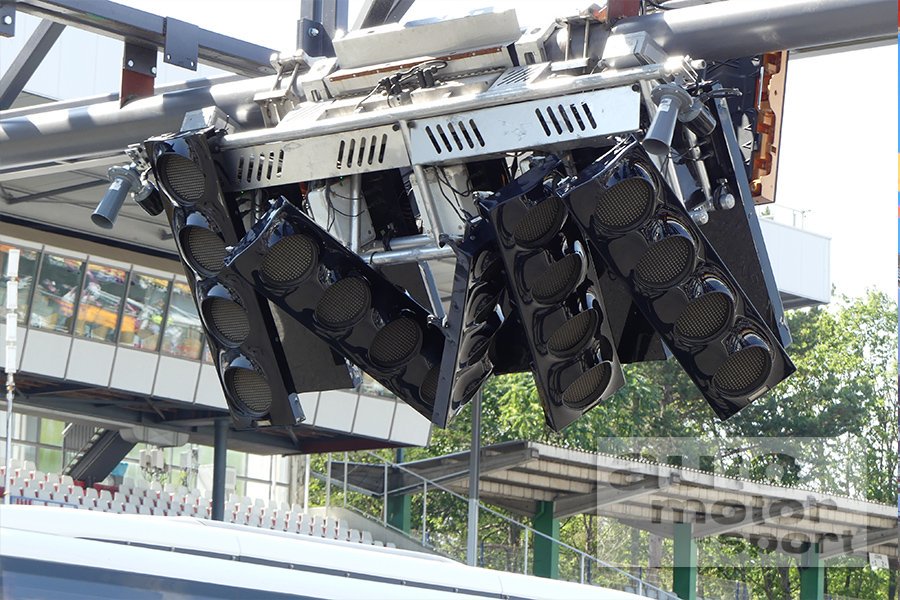 Il_leone said:
A bus apparently crashed into the starting lights at Hockenheim so it is really lights out
Click to expand

Just wave a starting flag. Not sure why we needed lights to start with.

I'm sure they thought traffic lights were exciting...
Yet another great reason to despair for F1