Something different... Hope u enjoy
Lets hope for a great race guys!

Contributor
Ok. That was kind of interesting. Drawn me back in again. Just putting this out there but Austria is usually a track Bottas bosses so don't count him out.

Was all set after Q1 and Q2 to give Gasly a bit of praise - what happened to him at the end of Q3?

Contributor
What the teams said - Qualifying in Austria | Formula 1®

“It’s a shame and I’m disappointed with myself not to put my lap together when it really mattered."

Contributor
So error then. Pressure mounting.

F1Brits_90 said:
anyone know if 1 of the races of this era. where so many penalties nobody started where they qualified
Click to expand

In the 2017 Italian GP only Lewis Hamilton started from his original starting position which was Pole position. 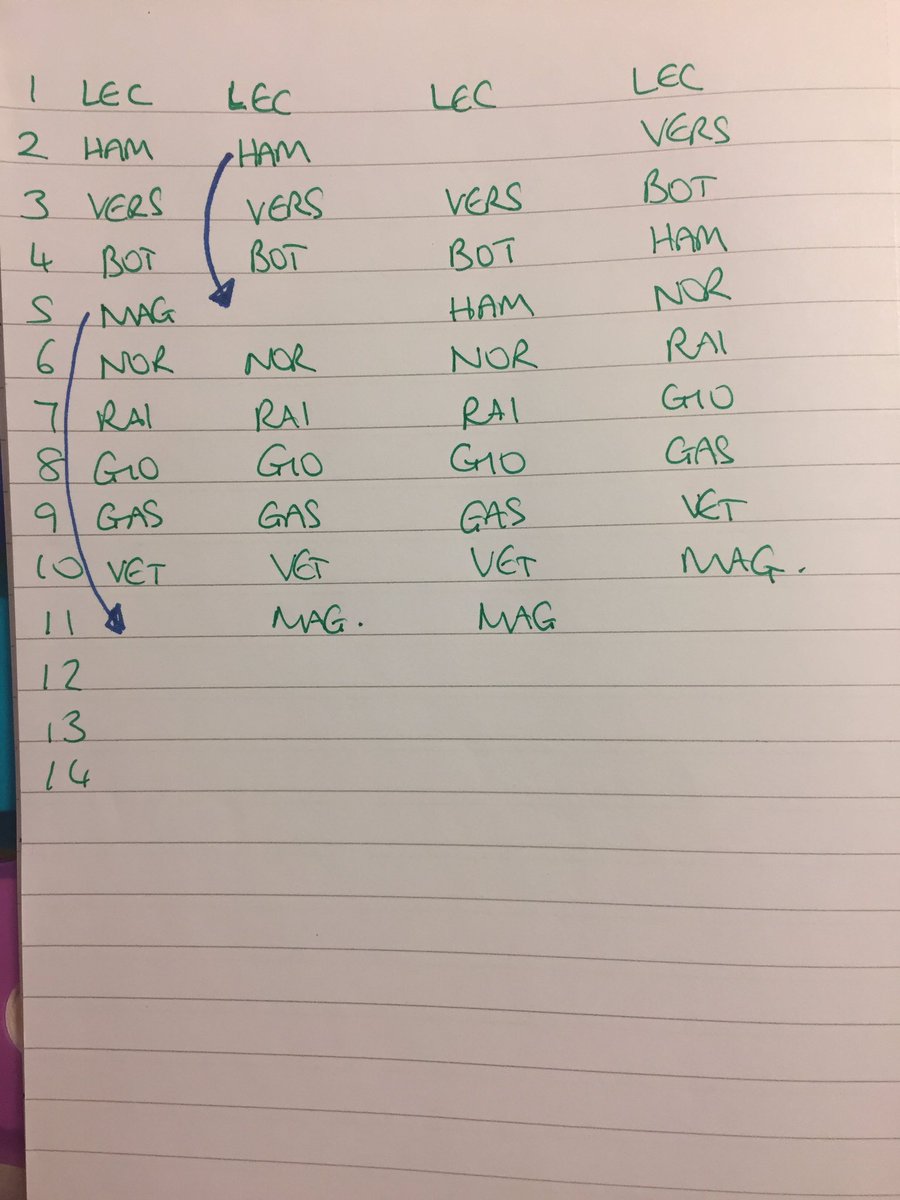 Rachel Brookes on Twitter
So @LandoNorris will actually start fifth not fourth because of the way penalties are applied.
A gap is left in the grid as each penalty is applied then the grid is closed up after all penalties
have been applied and as such @LewisHamilton starts 4th and not 5th.

Valued Member
Although we have a different driver on pole and a few cars out of position, compared to normal, I'm really struggling to build up any enthusiasm. Recorded the qualie and watched it later in the evening even though I could have stayed in and watched it live. The whole thing is just a bit dire, I hope this race proves me wrong.

Valued Member
Well how wrong was I, what a great race but gutted for Charles Le Clerc not to get his first win.

For a laugh, Dutch TV put on a live stream in a theatre for all the mad Dutch fans. Here's a taste - Giedo van der Garde on Twitter
Last edited: 30 June 2019

It was best race of this season

Contributor
Agreed olegg It was cracker

Contributor
So different from last weeks bore fest.So glad I wasn’t Ferrari that broke Mercedes run of victories. Even when they have the fastest car Ferrari still can’t bring it home for the win.Have to say though that Max Verstappens win today was a class effort by him.Also Lando Norris drove a really mature race also today.It would be great in a few years to have Verstappen, Le Clerc and Norris battling it out at the front.

olegg said:
It was best race of this season
Click to expand

There hasn’t been much competition for that this season so far. 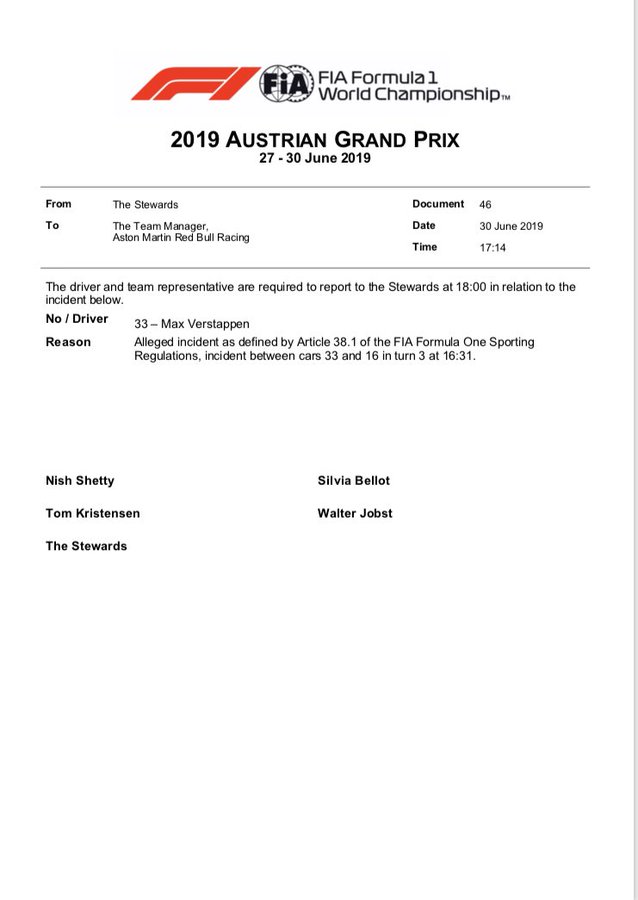 Of course it was going to happen again. What is the surprise? I am guessing that the stewards really have no choice but to give Max a 5 second penalty.

Anyhow, great drive from Max. Should have kept the nose tucked coming out of turn 3.

Contributor
There was no need for Verstappen to do that. Once again he does something which shows that he does not think of the consequences, those kerbs were not for crossing as Hamilton found out.

I'm starting to become a Verstappen fan....FAST!
I

For Verstappen entering right hander with excessive speed with a car under control, he had to end up with him gravitating towards outer edge, regardless how much space he had on his right, and it was inevitable that at some point he will cross path with Leclerc. Whether he should bear some or all responsibility for it is the question stewards should be looking at.

I think he should be responsible for his driving. That diving off his into turns without worrying about others is really questionable. He has done it to Vettel a few times already. Here he banged his wheels against Ferrari (I think 2x), which is another issue.

All those who defend Verstappen, try to substitute names like Hamilton in a red car, and Vettel (in RBR), and ask honestly yourself, whether you would be just as benevolent to Vettel, as you are to Verstappen. This might be a true test of your objectivity. 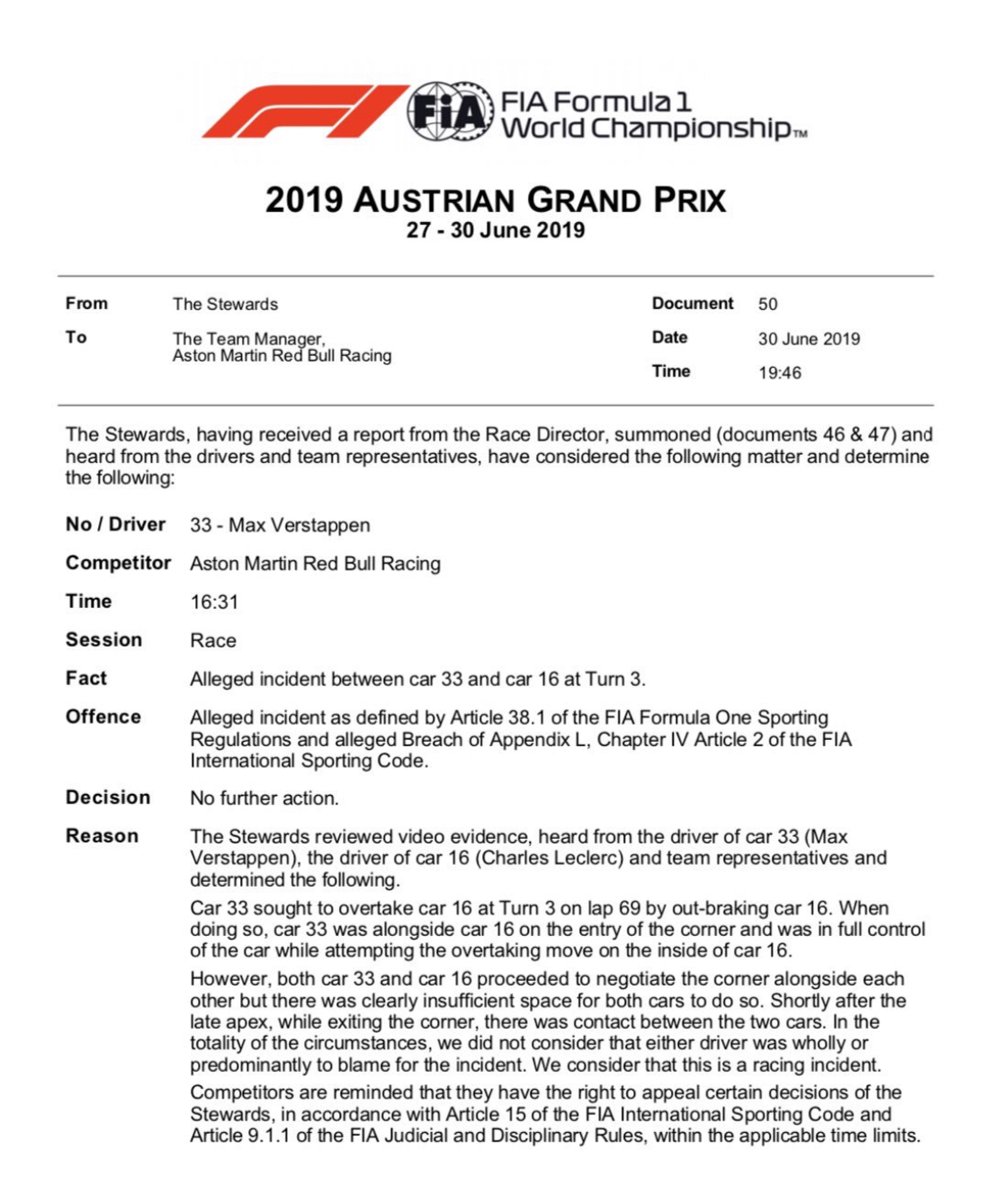 Contributor
Quite cirrect decision. With over 50,000 Dutch fans ready for them the stewards did the inly thibg that they could. Having mixed with the Dutch at Spa and the Nurburgring We always got on well with them but after seeing what they are capable of cowardice is understandable. 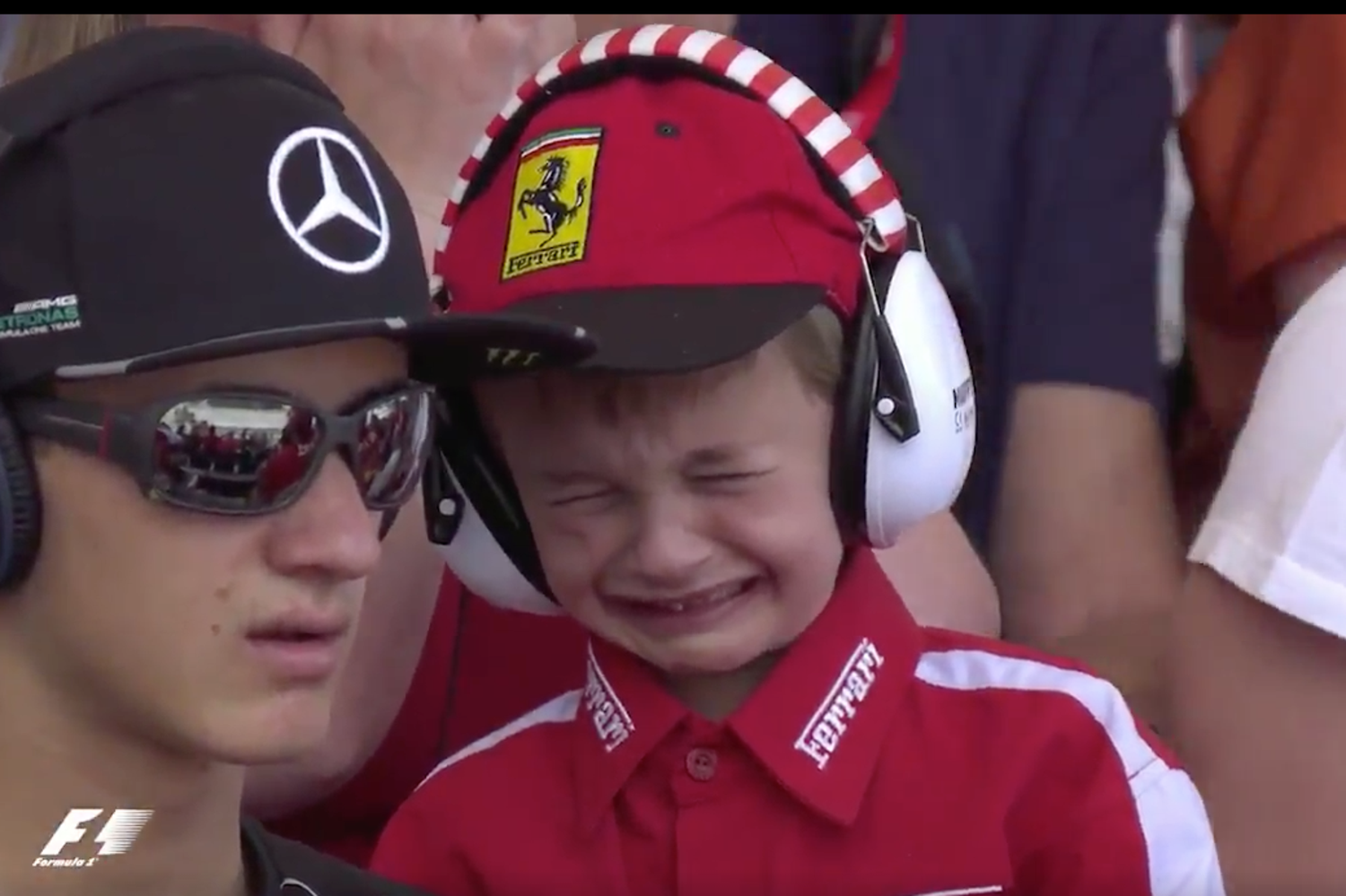 All Ferrari fans at the moment....