The Canadian Grand Prix, a true highlight of the F1 calendar, has certainly provided plenty of action and extreme entertainment over the years, not to mention a few pesky ground-hogs. The passionate and diverse Montreal crowd enhance the upbeat atmosphere, with a large Italian community sure to be in high spirits with Ferrari’s form this year and Vettel’s win at Monaco. As ‘North America’s most European city’, Montreal is well placed to host its 34th Grand Prix at the Gilles Villeneuve circuit on the Île Notre Dame; in the heart of the European season.

The circuit has played host to some crazy incidents down the years, generally with rain involved. From the debacle in 1973 where confusion reigned (and did it rain), to Button’s 2011 epic win from plumb last, in what turned out to be the longest World Championship Grand Prix ever due to a lengthy rain delay; and Hamilton’s maiden win in 2007 that included Kubica’s horror crash in a race with four safety cars. (Kubuica sat out the next race at Indianapolis, and was deputised by a young Sebastian Vettel no less.) I particularly like the footage of Gilles Villeneuve driving blind with half a front wing blocking his vision, in treacherous conditions in 1981.


I didn’t start watching F1 until after that so don’t know much about Gilles Villeneuve himself, but it appears that the circuit has lived up to it’s legendary name.

Ferrari and McLaren both have 13 victories here, with Schumacher and Hamilton providing 12 between them. For Ferrari to win they’ll have to reverse the result of last year where although Vettel leapfrogged both Mercs at the start, he was eventually beaten by a one-stopping Hamilton, with Arrivabene noting that the two-stop strategy was ‘the wrong decision’. The red team seem to have got on top of their strategy decisions in 2017, at least compared to last year so we can expect a competitive race at the very least. For McLaren to win they’ll need to... er, maybe not. With the top teams’ drivers performing to their potential we should have something to look forward to.

Red Bull’s upgrades don’t seem to be getting them any closer to Mercedes or Ferrari this season – perhaps it’s simply a case of the competition being better. I don’t think for one minute that Adrian Newey has lost his ingenuity, or that Verstappen and Ricciardo aren’t wringing everything out of the car – that is a pairing and a half – if only the car was performing to their potential – cough, splutter, Renault engine, cough. Ricciardo’s maiden win was here in 2014, but a lock-up into turn 13 in 2016 cost him a podium and handed Bottas his first.

With seven heavy braking zones and over 70% of the lap on the throttle, this circuit won’t favour Red Bull anyway, but if it’s wet then Max may have a chance to work his magic. If it’s dry, expect a huge number of lock-ups, leading to unhappy drivers who may be tiring more quickly than normal. Brembo, the Italian brake manufacturer for F1, said in 2015 that this circuit is “without a shadow of a doubt the most demanding test bench for single-seater braking systems”. Given the extra top-speed of the 2017 cars, this could be the heaviest workout for the drivers yet.

Which leads back to Hamilton, a driver who’s known to be exceptional under braking, although he was clearly tired after the Spanish GP so if there are any fitness issues they’ll be exposed in Canada. His record round here is impressive to say the least. The first win was in 2007, he’s had four more since and a win this year will make it three in a row. I remember watching a practice session in Hamilton’s rookie year, he was coming through the last chicane and leaving only six inches between the wall and his rear right tyre. Every lap was the same, like a metronome, he looked so comfortable. Others were leaving twice the distance or grazing the ‘wall of champions’ itself.

That infamous chicane is changing shape this year with a re-profiled wall for safety reasons, due to the extra width of the 2017 cars so we’re told. Also, tyre barriers around the circuit are being replaced with Tecpro barriers, and asphalt is replacing the gravel traps.

Will it be ground-hog day for Hamilton with his third win here in a row, or will he need a cuddle from Roscoe to get over the disappointment? Either way, here’s hoping for an entertaining race.
Click to expand

Wall of numpties if you ask me

This season has so far promised much but not delivered a real battle at the front....i am hoping three or four changes of leader and a proper battle to the line at 100% all the way...come on Canada do not let me down

I don't remember drivers hitting the wall in the days of Senna, Prost and Mansell

Contributor
Here is a link to the 'top ten' victims of the wall:.

Top Ten: Victims of the Wall of Champions · F1 Fanatic

As much as I love Canada we've all got excited about this race in the last couple of years and it's been dull.

Contributor
It will be a great shame if the "Wall of Numpties" is remodelled to the point that the numpties can get away with bad driving. All it's ever done is sort out the men from the boys, why not leave it alone.

Contributor
My guess is that the reason for the modification is to maintain the status quo – in that drivers are prepared to try and maintain a very high speed to carry it onto the main straight and optimise that part of their lap. If there is no modification to the wall, then drivers will have to slow down too much to be sure to make the chicane, which would back anyone up behind them to the point that there would be no overtaking possible on the main straight. It's getting the balance right for the wider cars so that the 'speed vs danger' ratio is comparable to what it is now.

I saw some pictures of the modifications to the Wall of Champions and for me it seemed that tyre wall was extended a little bit.

I visited Montreal in the winter and walked through majority of the circuit. At that point there was no work going on, but of course the area was covered by snow.
O

I am asking myself which gravel traps they want to remove? As far as my knowledge goes there already are no more gravel traps at this track...

oli_f1_best_sport said:
I am asking myself which gravel traps they want to remove? As far as my knowledge goes there already are no more gravel traps at this track...
Click to expand

I think there was a small sand trap in the chicane after the bridge. Not starting from the edge of the track but just before the wall.

Valued Member
Hammy fastest in FP1, Vettel 2, Bottas 3 and Raikkonen 4. The cars are running about 1 second faster than last year.

Contributor
Hey, is there a race going on this weekend? I must have missed out hearing about it as I've been so busy setting the country to rights and so have overlooked the important things.

This has been a good circuit for Mercedes lately so I don't see any reason for it not to be one again. Certainly not full of flowing curves for RBR and McLaren.

I then saw an article where Ross Brawn questions whether F1 development is relevant to road cars and I can't help but agree. None the less the engineering is brilliant.

F1 development has never been relevant to road cars. It's a none argument, F1 doesn't exist to develop road cars and why should or must it exist to contribute to the industry? 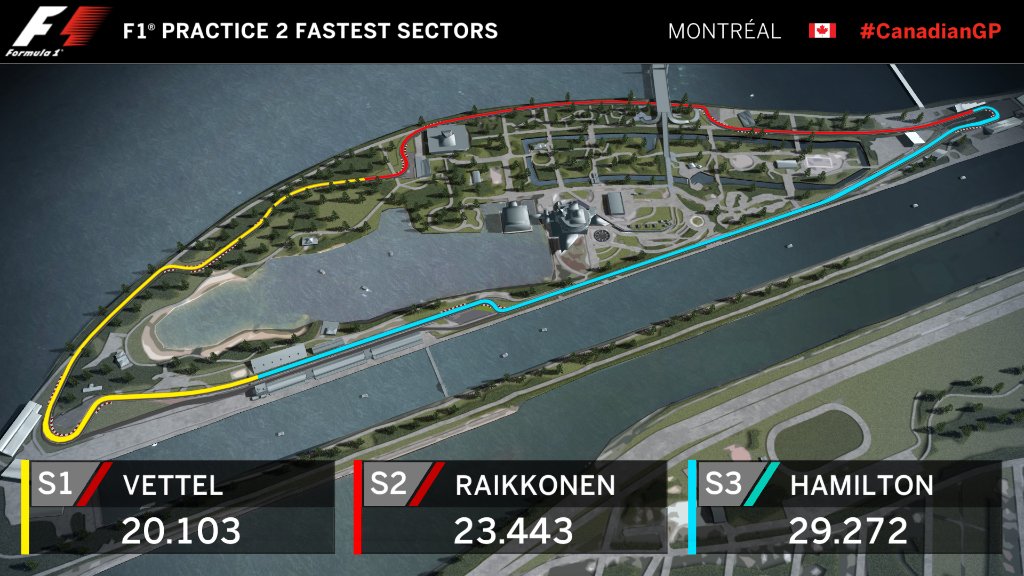 Contributor
I had almost forgotten the GP this week-end.

Rutherford said:
F1 development has never been relevant to road cars. It's a none argument, F1 doesn't exist to develop road cars and why should or must it exist to contribute to the industry?
Click to expand

It's a bit like saying that high jumpers should design garden gates.

Valued Member
F1 cars and road cars have a symbiotic relationship. The developments in improved combustion, batteries and hybrid technology have direct applications to the next generate of road cars.