Contributor
With Nico Rosberg signing a new contract with Mercedes yesterday, the silly season gets underway again. So who has seats and who doesn't.

Valued Member
Personally, I can see Kimi and Jenson moving, although I am not sure where to, although JB to Ferrari may be interesting.

Hulk and Ro-Gro to move to McLaren, despite neither of them being Japanese.

These are going to be controversial! Most teams seem stable, the likely movers are usually Perez and Hulk but they will stay with Force India as the only top team with seats potentially available is McLaren and I can't imagine them changing their line up with Honda coming in.
Lotus will have had enough of Maldonado but I feel he may take his money to Sauber (that's if he has any more)
Toro Rosso is the obvious move, JEV has had a few seasons and while he hasn't been bad he's not been spectacular either and with plenty of young Red Bull drivers waiting in the wings I'm afraid he's had his chance.
Sauber take on Maldonado's cash and should be able to bring their new wonder kid on board.
Sutil takes his Capri-Sun money to Caterham
Marussia keep Chiltons cash while Bianchi bides his time waiting for the Ferrari seat.
Now the controversial move.
Lotus are rumoured to be taking on Mercedes engines.They don't have that much spare cash or a young driver program. Which driver has Mercedes connections and is desperate for a drive? Who else but Mrs Toto Wolff

Contributor
Much as everyone likes to pay lip service to Mrs Wolff, I hope that it isn't even a possibility!

Contributor
She is being groomed for a race seat but where?

Williams have got Massa on a multi-year contract and they would be damn foolish to let Bottas go. Lotus will take McLarens place as the slowest Mercedes powered car. With her connections and the fact that she isn't getting any younger she may be used to sweeten the deal between Mercedes and Lotus.

Contributor
I think 'groomed' is perhaps the wrong word there!

And I'm not sure that any team will take on a complete numpty just because she is a woman with connections - at least I would hope not!

Contributor
I agree with you Jen but why else is she getting experience in the car. As for taking on numpties there is plenty of evidence of teams doing that for sponsorship cash so why not for cheaper engines?

Valued Member
I think the key to all of the driver changes is Jenson Button, or perhaps more accurately Ron Dennis. If Ron manages to lure Alonso, Hamilton or Vettel to McLaren then this will set the whole treadmill running. Interesting piece on Planet F1 where Marca in Spain are claiming McLaren won't renew Button's contract for 2015, which McLaren have described as "complete and utter tosh". My suspicion is Ron is manoeuvring behind the scenes to see if he can get anyone else, if he can't Jenson will stay there for 2015.

Valued Member
Just on Pastor - Venezuela is currently falling apart politically (not covered too much in the UK media) so I suspect he won't have a suitcase full of petro dollars to but himself a seat for next year so expect a change at Lotus.

Contributor
F1Yorkshire, one can be a good test driver without having the skills to be a racing driver. Perhaps someone will realise this?

Contributor
I believe he is now a baker in Bologna!! 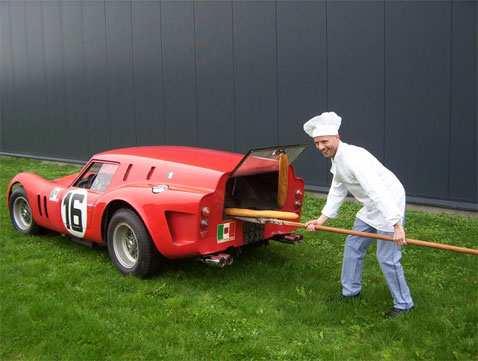 Honda will be bringing their own driver to McLaren.

Contributor
Probably do better than Susie!

Valued Member
Not that I want to perpetuate more off topic stuff but Asimo has more personality than Kimi Raikkonen. Just on Kimi, what chance him seeing out his contract at Ferrari and who might replace him?

Valued Member
I think Asimo is just the driver that Ronald is looking for.

As for Kimi, if he is given the old heave-ho - again - then Bianchi is probably the likely replacement, although I wouldn't rule out Hulkenburg. He's quick enough and they might just want to see a Ferrari #27 again...

Contributor
Hulkenburg would do better staying at Force India if the current engine balance stays as it is.

Valued Member
F1Yorkshire - I'm not sure about that. Red Bull sourced their engine out of the back of a lawnmower, but they're still second in the Constructors' Championship. Force India are behind Ferrari and that chassis disparity is only going to grow.

There was a bit of a hint recently that Lewis wanted to go back to McLaren wasn't there? Can't remember what it was but I can absolutely see that happening.