Valued Member
The Emperor of the Apex has requested a quiz for each race. So here is the first Pre-Race Quiz since 2009, which is going to be related to the race next week!

1. Each of Spain's 26 wins have been scored by one Fernando Alonso Díaz. In which year did he win his home Grand Prix?


Williams; with Nick Heidfeld 2nd and Mark Webber 3rd
3. The Spanish race will also be the 50th anniversary of who's first Grand Prix win?


Wolfgang "Taffy" Von Trips at Zandvoort
4. Other than the Circuit de Catalunya, which other circuit débuted in 1991?


Magny-Cours
5. Who sat on pole at the first Spanish GP at the Catalunya?


Gerhard Berger - a rare pole for a Senna team-mate
6. Which team scored their first podium as a result of Mika Hakkinen's last lap failure in 2001?


BAR with Jacques Villeneuve
7. In which year did Pedro de la Rosa score his best qualifying performance in Barcelona? 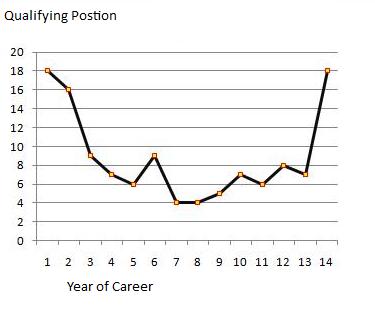 Two points for 5 right, one point for 3 right, half a point for 2 right

Contributor
1 for me too, gethinceri


I can't believe that was Williams last double podium!

Valued Member
Rasputin, can you hide any posts which give away an answer under a spoiler please?

The code is:
Code: