Watering the track during a Grand Prix

With the new season just three weeks away, Ecclestone has also proposed the introduction of a controversial computer-generated sprinkler system to spice up boring races with artificial rain.

"I'm happy to make it happen," he insisted. "I've got to get everyone to fall into line. My idea is that we should make a programme but that nobody knows exactly which one will be used.
"At some time during the race it will be raining, maybe rain more than once. It's a bit more than a sprinkler system.
"We always have thoughts to do what we can to keep people entertained, we're in the entertainment business."
Click to expand

The answer can be found in the first few laps on the lap chart:

It is clear that in the race, many of the drivers pitted for wets - wrongly: 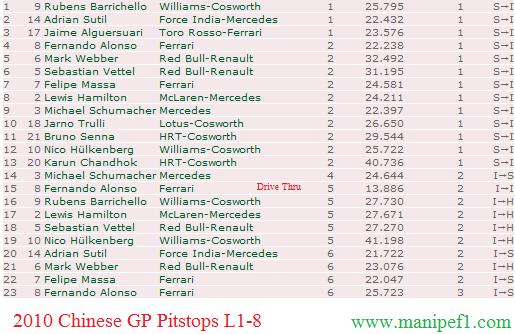 The exciting wet races are often created by the indecision caused by a wet race - the extremely professional people taken outside their comfort zone, the strategists proving that:


snowy said:
F1 has some great minds but collectively they become one huge numpty.
Click to expand

What will kill this unpredictability in the wet is giving the teams a sprinkler under the tracks to do it. How do a team know now whether inters are the right option? They don't, but with this the teams will be able to postulate that as soon as the sprinkler goes on, they may as well pit, because Bernie's not going to turn it off for at least 10 laps.

F1 won't understand my objection to this, but whats to stop Bernie fabricating a result if a team that Bernie wants to win aren't winning. Just tell Stef the random team principal that the sprinkler's coming on and catch every other bugger by surprise 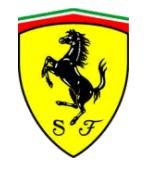 ​
Pictured above: A random team​
​
I'm sorry, this idea, already insanely artificial, is a bad one. The excitement of a wet race is as much in the seeing the professionals look like morons and to see someone take the wrong call to me, as it is about the racing.​
​
There is no sprinkler system in the world good enough to replicate that feeling.​

Valued Member
Avoid at all costs, that would make racing artificial immediately and takes the fun away from the wet races we have at the moment whenever they are because they are suddenly rather predicatble. They don't decide throw another football onto a pitch so teams have to play with 2 so there are more goals in it....

Contributor
I think it was just Bernie being Bernie, just throwing an answer to a question, purposely generating a storm, and then Pirelli (the new boys to the pack) took it all a bit too seriously and decided it would be a good opportunity to, lick some butt!

I think its funny, because of course it was just a throw away comment, yet Bernie got exactly what he wanted, people talking about "his" sport!

Staff Member
Well I for one think it's a great idea.
Along with adjustable wings and overtaking zones.

Valued Member
Why don't we go the whole hog? Have X-Factor type phone in's (nice revenue generator for FOM) and the driver with the least votes at different times in the race has a tyre exploded. Or kids with paintball guns positioned round the track firing randomly at the drivers.

Really though, as TBY points out it's the randomness of real rain which generates the interest and excitement and the teams reacting (or not) to changing weather conditions. I sincerely hope Grizzly is right and Bernie was just saying something for a reaction. He's still banging on about his bloody stupid medals idea though...

Contributor
I think that Bernie's marbles are mixed in with those on the track.

Overtaking zones and Bernie's Water Works - no thank you!

No, no, and thrice no. As pointed out above far too much opportunity for races to be manipulated to suit a particular team or driver. I imagine there would have to be strict criteria to govern the circumstances in which it was deemed the race was 'boring enough' to trigger the sprinklers... or else that would be endless protests should a team lose from a winning position. I would imagine there would also be a potential shitstorm if a driver was to be seriously injured as a result of an accident that occured during an artificial wet period.

jonnybario said:
I would imagine there would also be a potential shitstorm if a driver was to be seriously injured as a result of an accident that occured during an artificial wet period.
Click to expand

The insurance wouldn't cover that, would it?

TBY, your avatar is very appropriate for this thread!

Contributor
Mark Webber doesn't think much of it

"Mark Webber has rubbished Bernie Ecclestone's idea of using artificial wet weather conditions to increase excitement in Formula 1.
"It can be more exciting when we have some different weather conditions, that does happen," he said. "But you just try and think of Jimmy Clark, and Jackie Stewart and [Ayrton] Senna and those guys, masters in the wet.
"Jackie's still here but the other two would be turning in their graves if they thought we'd have sprinklers and hoses lined up around the track."
http://www.autosport.com/news/report.php/id/89728

Valued Member
Another crackpot idea from an unhinged tyrannical dictator............oh hang on I was watching the news about Libya....meh same as makes no difference.

Speshal said:
Another crackpot idea from an unhinged tyrannical dictator............oh hang on I was watching the news about Libya....meh same as makes no difference.
Click to expand

Maybe we should start a protest!!! Who, and how quickly, can get to FOMs London Offices??

Bernie wants to make F1 a sport in the same way that WWE is a sport. No to sprinklers, but let's give this drag reduction idea a go.

Contributor
Please read this, it is very funny

Thanks for the laughs.

My personal favourite was the idea of "temporary blindness"!

Like many men of his age his focus is changing, in his case we have "Overtaking" and "Rain" - I think we can translate into "Passing" and "Water"

Basically the old codger is focusing on his personal challenges and letting that creep into his racing recommendations.

I think we can roll the Medal idea into his views on his birthday celebrations, so I'm waiting until we hear suggestions of 8mph top speeds, walking stick fencing on the grid, maybe a compulsory stop where you have to criticise the youth of today before being released from the pits, and of course rather than a chequered flag we have a tea trolley rolled out onto the track.

I think this all perhaps jyust Bernies way of keeping F1 in the news, Perhaps he's thinking, start of F1 season, need to get thatmessage outthere, Journalists outside racing will just think about 'no-overtaking, prossessional boring racing, Heres a story about footballer in a Bentley with his trousers round his ankles, firing rifles at random people.' Heres a whacky idea to get some coloumn inches.

I Mean he cannot really be seriuos.......please tell me his not?

Think it was Brundle.


Andrea_Moda_Rules said:
I think this all perhaps jyust Bernies way of keeping F1 in the news, Perhaps he's thinking, start of F1 season, need to get thatmessage outthere, Journalists outside racing will just think about 'no-overtaking, prossessional boring racing, Heres a story about footballer in a Bentley with his trousers round his ankles, firing rifles at random people.'
Click to expand

I must have missed that story. The Satanic Ex of the Glorious St.Cheryl[sup]©[/sup] wasn't in his car at the time was he?

He should have been mindful of his position. Guns should be left back at home.