The Silverstone Wing is Open!

I've seen a few articles about this today on the various F1 websites and other forums but not on Clip the Apex, so I thought I'd put that right, as I believe it is something to be celebrated.

As both a lover of Formula 1 and an architectural technologist, I have been very interested in the new pits and paddock complex since the proposals first became public. Just looking at the first artist's visuals it was plain to see that, compared with the dreary tin sheds that were on offer in the planning application for Donington Park (what a missed opportunity they were, which I am relieved never saw the light of day), the Silverstone building would be unique and dramatic without being ostentatious.
Seeing the structure in place at last year's Grand Prix excited me immensely, and the pictures published since then of its ongoing progress have convinced me that the facility will make Silverstone a truly world class circuit.

Hats off to Damon Hill (a knighthood in the offing?) and the whole team who had the vision, never gave up on winning back the Grand Prix for Silverstone (and maybe even saving it for Britain!) and helped bring the dream to reality. A momentous occasion for British motor sport in general and Formula 1 in particular.

I'll not rabbit on any more, here are just a couple of links to other reports of the opening. just look at those cars in the first one; don't they make you drool?

Staff Member
I've actually been following it on Twitter but I didn't have time to post about it.

It's an interesting looking building definitely.

There's also a rather drab piece on the official website (they could have put some video or pic's on there): http://www.silverstone.co.uk/news/l...-an-exciting-new-era-for-British-motor-sport/

Brogan said:
There's also a rather drab piece on the official website (they could have put some video or pic's on there)
Click to expand

But if you open the link next to the picture at the top of this article, there is a video (admittedly an animation, but a video nevertheless).

I skipped that the first time I loaded the site

I must admit I do quite like the new building, very distinctive and will be interested to see some videos of the garages etc to see if it is functional too.

I seem to remember seeing an artists impression of the building that showed a grassed area between the pit lane and the pit wall facility. Am I just imagining this or is that how they have really built it because it would very unique I think.

Staff Member
Surely that would be classed as some sort of hazard - wet grass in the pit lane?

Contributor
Not sure about grass, BlackCountryBob, but it is different from the norm in a couple of ways; firstly the pit lane is not parallel to the main straight and secondly it is not level with the track either. Whereas the straight from Club to Abbey has quite an upward gradient, the garages are all built on the level with the pit lane exit ramping up more steeply after the last garage to rejoin the track after the exit of the new first corner. This means that there are also steps up from the pit lane itself to the pit wall.
There are some good photos here: http://www.f1fanatic.co.uk/2011/05/17/silverstone-opens-28m-pit-paddock-wing/silverstonepits_2011-1/

Actually, on closer inspection of these pictures, I think you are right about the grass.
B

Brogan said:
Surely that would be classed as some sort of hazard - wet grass in the pit lane?
Click to expand

That's what I thought but checked it and it looks like it is correct, the picture is on the telegraph story attached and a similar area seems to be on display in the pictures from f1 fanatic above.

Staff Member
Ah, I see.
So they don't actually have to cross the grass.
It's more of a decorative feature at the end of the raised section.

Contributor
The new pit complex looks slick and stylish. Much more modern and it really hasn't taken them long to do the new pit lane complex and redesign the track a little bit. This should send a message to the idiots that messed Donnington up big style. Only around 7 weeks til the British GP.

. Gonna try and get tickets at the last minute as i don't care where i end up sitting, just been at Silverstone is good enough for me.

BlackCountryBob said:
That's what I thought but checked it and it looks like it is correct, the picture is on the telegraph story attached and a similar area seems to be on display in the pictures from f1 fanatic above.

That quote from Bernie makes me sick up in my mouth a little. Award another circuit a 17 year contract then when they can't come good on it, threaten and bitch until you get your way.

Valued Member
It's nice, but essentially it's still a garage with a fancy wine bar on the top. Am I missing something?

Galahad said:
It's nice, but essentially it's still a garage with a fancy wine bar on the top.
Click to expand

I suppose when you get right down to basics, that's pretty accurate.

Galahad said:
It's nice, but essentially it's still a garage with a fancy wine bar on the top. Am I missing something?
World class garage - definitely. World class circuit? Hmm.
Click to expand

Ok, a building might be only a set of garages (with conference, exhibition and restaurant etc. facilities over), but that's no reason that it can't be well-designed and uplifting and no reason at all to be architecturally dull, outdated or ugly, all of which the Donington proposals were. I think the 'Wing' is a terrific example of its kind, and more appropriate to a motor sports circuit than the flashy, colour-changing luxury hotel complex that is Yas marina, for example.

And, as stated by Silverstone themselves, they are not stopping there, with other plans in the pipeline for improving the experience for all spectators. Judging by recent developments at Woodlands campsite, which I frequent on GP weekends and which they took direct control of from last year, I am very encouraged about what else they might be planning for the circuit itself. A definite case of Work in Progress.

Supporter
I'm liking the fact that the pit exit is still the proper 'Silverstone-style', with a tight right hand curve followed by a flat-out blatt towards the merge point. Nice that they kept that feeling going.

From the title of this thread I thought for a moment we were talking about a gigantic venue-scale DRS*.

*Though with Silverstone being on a windswept plain, maybe that could work...

Staff Member
I still think they should have called it the Delta Wing, rather than the entirely unimaginative and predictable Silverstone Wing.

Delta for change and also a link to the RAF history via the delta wing bombers.

Brogan said:
I still think they should have called it the Delta Wing, rather than the entirely unimaginative and predictable Silverstone Wing.

Delta for change and also a link to the RAF history via the delta wing bombers.
Click to expand

Or my entry for their naming competition, the 'Big Wing' which I still feel should have won!

Contributor
it looks like the pits entry come straight off Vale. That means the time lost in a pit stop should be fairly short with the cars on track having to go around Club.

I can't wait. I can even see my seat. 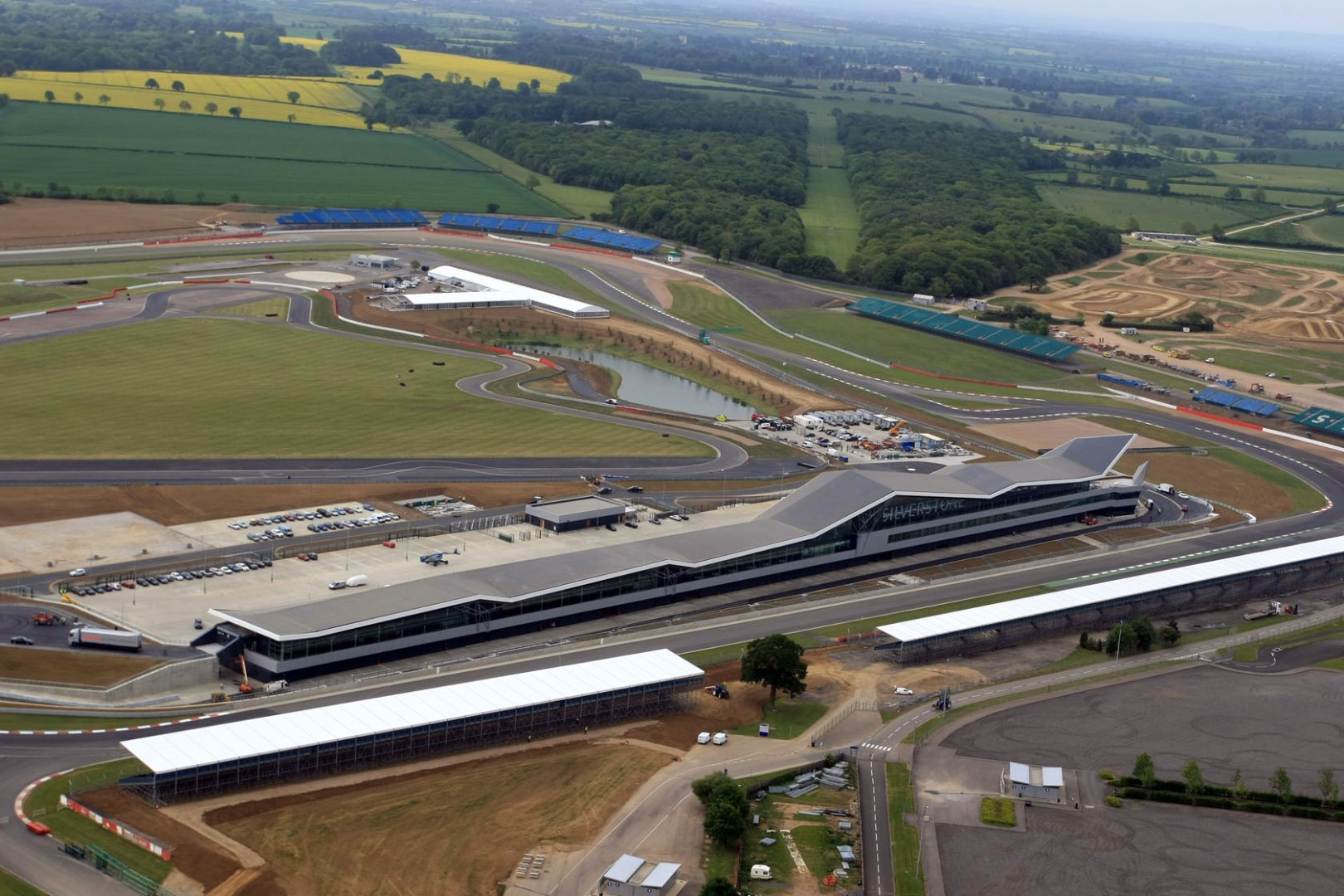