It is the highest circuit on the F1 calendar at an altitude of 52,000 feet above sea level. The Miami Grand Prix is probably the highest if you take in to account the amount of Colombian marching powder consumed locally. If you are in the seats right at the top of the grandstands you can see the curvature of the earth and, if you look up, you see the stars in space even when the sun is shining. The only human who has ever been higher than those at the top of the grandstands is Felix Baumgartner, although Johnny Depp could give him a run for his money.

The cars travel down the main straight at nearly mach 2, blown along by the jet stream. The jet stream is an air current which travels at very high speed in the upper atmosphere, Nicholas Latifi is a formula one driver who travels at very low speed in the lower atmosphere. The air at this circuit is incredibly thin, the only thing thinner than the air at the Mexican Grand Prix is Geri Horner, who disappears entirely when she turn sideways.

Mexicans have an annual "day of the dead". There is a similar event every year in the UK which is called the Conservative Party Conference.

At the start of the Grand Prix they play the National Anthem which is at this race, of course, the Mexican Hat Dance. But in an attempt to avoid stereotypes the band play all the notes in the wrong order. Who could have know that the influence of Morecambe and Wise could have spread so far across the world?

Sergio Perez is Mexican. In case his name didn't give you enough of a clue about his heritage people call him "Checo", which he said himself in 2013 is neither complicated nor interesting. With that I have to agree, much like the man himself. He should not be confused with Chico, who was one of the Marx brothers and was interesting.

Other drivers on the F1 grid also have nicknames. Carlos Sainz is sometimes called "Chili", because his testicles are the size of kidney beans. Daniel Ricciardo is the "Honey Badger", as he can often be found sleeping by the side of main roads, and Sebastien Vettel is called "The Finger", due to his intimate relationship with Christian Horner when a Red Bull Driver.

There has been some controversy about the spending cap prior to this Grand Prix, with Red Bull accused of spending more money then they were allowed. They have claimed that part of the overspend was due to offering free meals to their staff. One has to hope they didn't offer their staff any of the watered down piss the brand sells as an "energy drink" as a beverage to go with the truffles fries, foie gras butties, and caviar pizzas the canteen must serve up on a daily basis.

In the 1950 F1 season the average age of F1 drivers was 39. In 2022 seven of the drivers hadn't even reached puberty. There is now much more diversity amongst the drivers, and teams have looked across the world to put young men from different nations in to their cars over recent years. This has nothing to do with their driving ability, rather it gives the teams a chance to flog all sorts of old tat in markets which wouldn't normally take any notice of F1 or the dodgy companies who sponsor the teams these days.

The official F1 website, for whatever reason, shows the event in the wrong sequence and lists the time and date of the race first. You should note that qualifying is on quite late in the evening (UK time) so that it doesn't interfere with other important televisual events such as Strictly Come Dancing or The Voice. I believe there is a big cross over in the fan base between Formula One and crap reality TV shows. 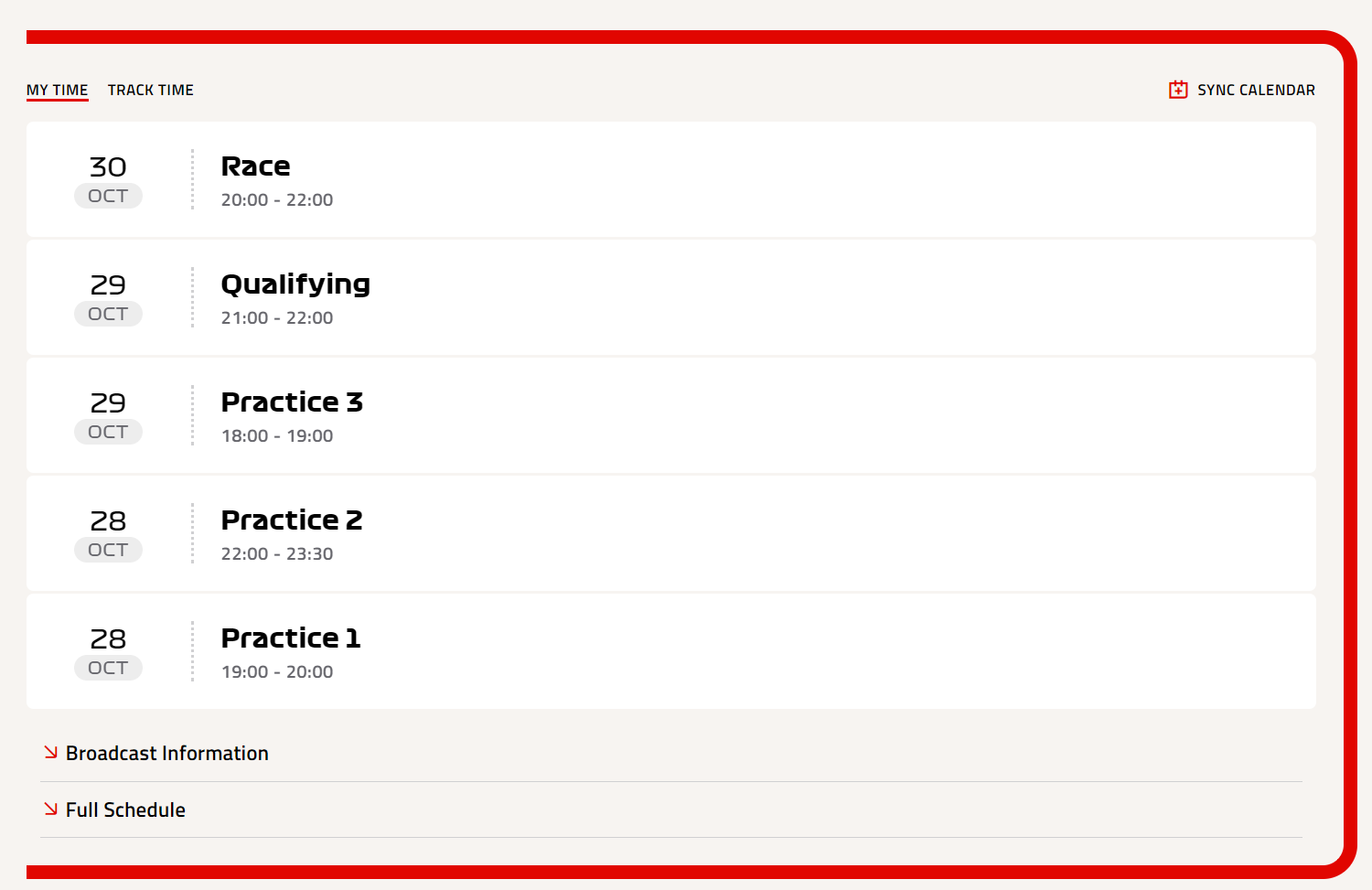 Some of the above facts may not be true. Enjoy!
Last edited: 24 October 2022
Click to expand

im thinking, i know that Race fixing is illegal

, but both titles sown up, Max Verstappen has tied the record at the same amount of races as schumacher & vettel had with 18 & 19. now we enter Perez Home race. would i be naive to think that red bull will be doing everything they can to help perez win his home race

If you have ever followed Verstappen 's career one thing is constant ..he never obeys team orders so if they want to Perez a cherry then it's the best chance for Ferrari and Merc to steal a win. The cars have less power at altitude

, but both titles sown up, Max Verstappen has tied the record at the same amount of races as schumacher & vettel had with 18 & 19. now we enter Perez Home race. would i be naive to think that red bull will be doing everything they can to help perez win his home race
Click to expand

interesting that mercedes tyre issues they have this season that cost them a win in Silverstone & worst qualifying for a long time in imola. may be reaping the benefits like it did in zandvoort & make them favourites in mexico as they are the only cars who can make the tires last over the whole lap in FP3

That was ready for Mercedes to take pole but Russell appartantly off camera made a mistake in the stadium that ruined any chance. i went back looked at his lap & he had gone PB in 1st, Purple in 2nd was only 0.025 off. so unlucky

Ferrari having a shocker, outqualified by Bottas, who might have had the qualifying of the season. that was outstanding. to be that competitive in an alfa romeo

Staff Member
Premium Contributor
Verstappen wont be talking to Sky Sports UK in the Paddock this weekend as he is cross that Ted Kravitz keeps saying things like Lewis was robbed.

cider_and_toast said:
Verstappen wont be talking to Sky Sports UK in the Paddock this weekend as he is cross that Ted Kravitz keeps saying things like Lewis was robbed.

i told you Ted Kravitz was great

Contributor
Hopefully Ted keeps saying it. Sky Sports F1 being a RedBull free zone would be worth the fee.Never forget that this man managed to rattle an entire f1 team. 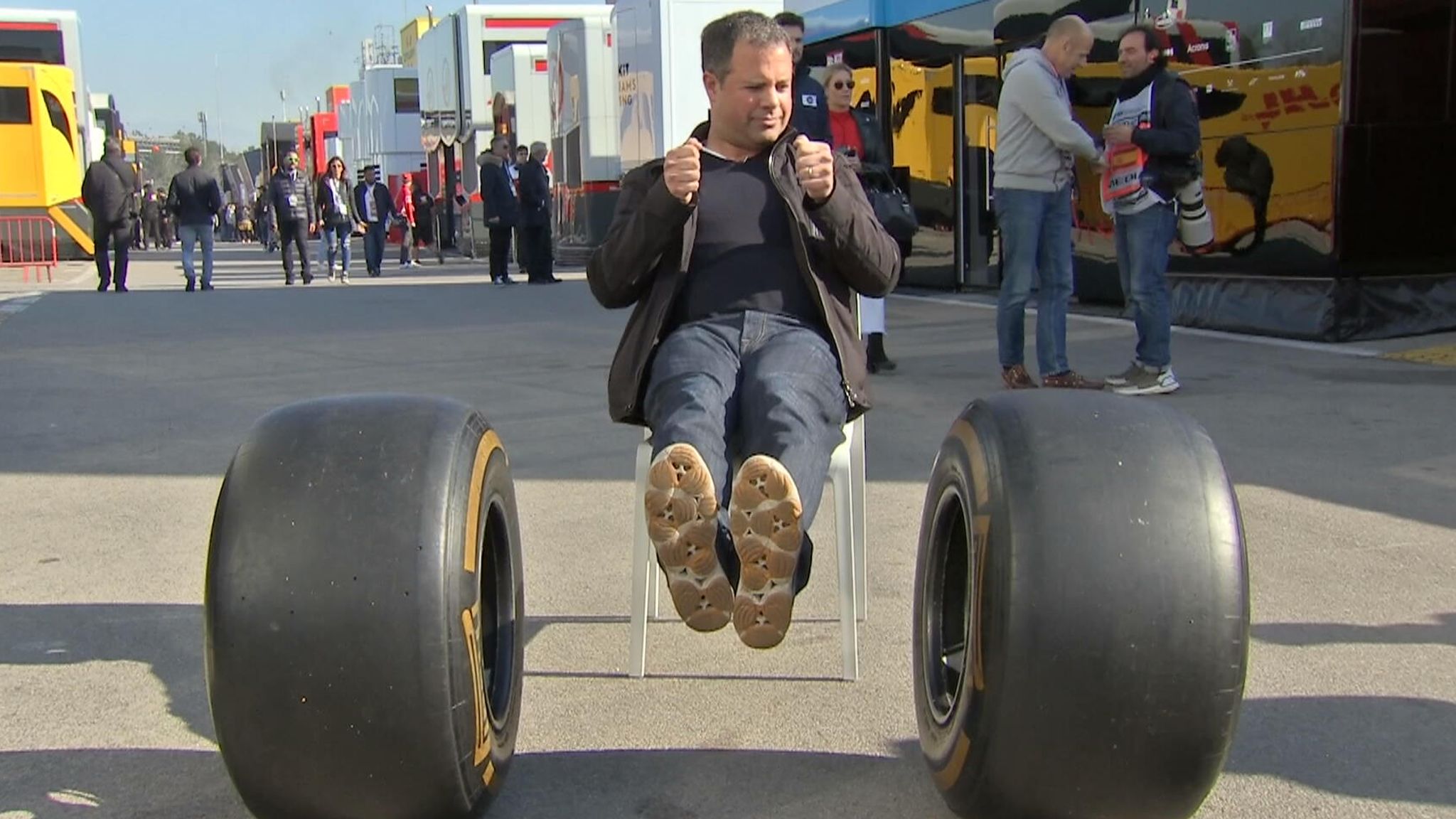 going to be interesting this. as Verstappen trying to keep the lead at that start may have given rivals a chance today. as Mercedes on mediums should have a big stategy advantage

i was surprised both Mercedes went on to the hards. because alot teams didnt expect to see them. i assumed they wouldve 2 stopped or at least 1 wouldve gone long on the mediums

Contributor
51 laps so far of nothing.

yeah this giving spain a run for its money

mercedes putting Hamilton on hards ruined the race. it felt like putting him in no mans land. i wouldve tried medium medium soft

a missed opportunity given Mexico power is not the main thing

Since we've been to Mexico we've had s*** races and they really need to get rid of this race or improve the layout to make it more easier to pass
Last edited: 30 October 2022

who is doing the post race interview ? Not Jenson or Martin then?

Hamilton now in 5th place in the championship ahead of Sainz .. that surely should not have happened but I think Ferrari are not going to finish 2nd if today's form is right for the last two races

Contributor
That was disappointingly boring

Hamberg said:
That was disappointingly boring
Click to expand

the race has never been exciting since it came back on the calendar.. it needs to be rid off

Il_leone said:
who is doing the post race interview ? Not Jenson or Martin then?
Click to expand

not while a red bull in the top 3