Spa-Francorchamps - The Greatest Of Them All?

Valued Member
The Circuit de Spa-Francorchamps is regarded as one of the best F1 circuits in the world with both drivers and fans naming it as a favourite. But the circuit has undergone many changes since it was developed in 1920 by Jules de Their and Henri Langlois Van Ophem.

The Early Years
The original circuit used public roads between the towns of Francorchamps, Malmedy and Stavelot. The first car race was held at the circuit in 1922, with the first Grand Prix race 3 years later in 1925. The circuit was very much a speed circuit with average speeds very high compared to other grand prix venues and was such an instant hit with drivers.Back then, the Belgians took pride in having a very fast circuit, and to improve average speeds, the former slow uphill U-turn at the bottom of the Eau Rouge creek valley, called the Ancienne Douane, was cut short with a faster sweep straight up the hill, called the Raidillon Until 2000, it was possible to travel over the race track when it was still a public road. At Eau Rouge, southbound traffic was allowed to use the famous uphill corner, while the opposite downhill traffic had to use the old road and U-turn behind the grand stands, rejoining the race track at the bottom of Eau Rouge.

Safety concerns and updates
Like the Nürburgring, Spa became notorious for fatal accidents, with many deaths each year, one notable was where Alan Stacey was hit in the face by a bird in 1960, in the same race, Chris Bristow was killed and Sir Stirling Moss seriously injured. In 1970 Arnco was added to the track, but Spa was dropped from the calender due to the extreme dangers and high fatality levels. There wouldn't be another grand prix at Spa until 1983 and the circuit would be rapidly changed to make sure that fatalities were a thing of the past with the major sections like the Masta Kink were eliminated but still keeping the essence of the track

New Layout
To ensure that Grand Prix racing would return to Belgium, the circuit was vastly updated, making it seem almost unrecognizable from the original circuit, however it proved that despite the improved safety, it had lost none of what had made it so popular in the first place. Corners like Blanchimont, and most particularly the world famous Eau Rouge proved that the circuit still had the speed and excitement that the drivers
loved. The uphill U-turn right after the famous Eau Rouge corner cut short, thus giving birth to the Radillon uphill sweeping corner. The sudden right-hander at Malmedy was eliminated and bypassed, and was made part of the Masta Straight. The slight right-hander that was originally Holowell was eliminated. And finally, a shortcut was built that became a very fast, very wide right-handed turn that bypassed Stavelot. This made Spa the fastest open road circuit in the world and very driver demanding.

Recent problems and issues
Due to the introduction of a new legislative order in Europe, new bans in tobacco advertising have been imposed, and as a special case, Formula One is facing a major threat regarding this point, an example of this is the removal of West and Marlboro branding from McLaren and Ferrari respectively. Due to these circumstances, the Belgian Grand Prix was left out of the calender in 2003 as a response to tobacco legislation in Belgium. However the event was later tagged as a World Class event by the national senate so F1 returned 1 year later in 2004. However the event organizer went bankrupt in late 2005 and therefore the planned improvements to the race track and paddock had not yet been made. The government stepped in and provided the money, but too late for the 2006 race to take place. With a new financial backer, the renovation started in November 2006 and finished in May 2007, costing around £20 million. Formula 1 returned to Spa for 2007, with a modified track layout. The Bus Stop chicane was radically changed and was made tighter and essentially becoming 2 hairpins and was placed further away from La Source ensuring a longer pit straight.


Spa-Francorchamps has enjoyed a turbulent life with numerous changes since 1920 due to safety, but even in the modern format, it is still one of the best circuits in the world alongside the likes of Suzuka. It is one of the fastest circuits in the world and it is a beauty to behold watching an F1 car go full throttle up Eau Rouge or down through Pouhon and it is every drivers aim to win at Spa and only the best drivers manage to climb the top step of the podium

May I just add

I was sitting on the bank at Pouhon watching that Spesh. Was a bit of Mikka magic..

Contributor
Great post. One of my favorite tracks.
B

Another great move at spa by the Kimi.

There used to be many great tracks in Formula 1--Rouen-Les-Essarts, Clermont-Ferrand, the "real" Nurburgring (all 14 miles of it), Brands Hatch, Watkins Glen, St. Jovite etc.

All were real "drivers" circuits that separated the men from the boys. All sadly gone from the F1 scene now, being replaced by the likes of Valencia and the myriad other boring venues of today.

I have to say Spa is an incredible survival story, I am sure there are many who lament the changes to the circuit over the years but it somehow always manages to retain it's challenging character. Weird thing is, I never ever thought I would miss the Bus Stop Chicane!

But perversely I do, it's strange how something so vile can burn itself into your affections.

I am a big fan of Zolder, it's a lot flatter but is also an excellent arbiter of a talented racing driver.

I too love Spa. So far this year Montreal, with 65 overtakings including a number of on track lead changes, has been far and away the most exciting race for me. It didn't hurt that I was there to see it live.

Valued Member
I'll always have a soft spot for Montreal, which is less technical than Spa, but has the same walls-and-speed philosophy to racing.

Of course, my first memory of Spa was the flying carbon fibre event of the decade:


Spa 1998 turned out to be a great race, especially for Jordan!

A great thing about Spa is the ever present opportunity for rain to fall.

And welcome to the site ebs. Need a moustache?

Contributor
You and your moustaches TBY. 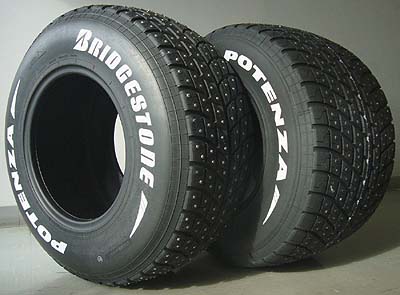