FOTA VIP, I've got the avatar to prove it :)
Contributor

Staff Member
Interesting comment from Hamilton yesterday after qualifying, regarding the Tuscan GP.

For this one we went on the simulator, which I never do, and I don’t feel like I benefitted particularly.
Click to expand

Obviously some track time, even if it was virtual, was necessary for the first race here but I'm surprised to discover that he doesn't use the simulator in general throughout the season, or in the off season.

Staff Member
Premium Contributor
Yeah, it's an interesting one because you would have thought that even building up a bit of muscle memory before turning a wheel would be something of an advantage.

Given that he keeps on winning it obviously isn't having too much of an effect.

Valued Member
He had total control of the race today, the man is an exceptional racing driver.

Staff Member
It's all thanks to the car apparently.

Contributor
It turned out to be a good decision for him to join Mercedes.

Valued Member
I don't enjoy the domination of Hamilton and Mercedes but I can appreciate the dedication, skill, effort and pure talent both sides have put in to achieve what they have. Towards the end of the race today Bottas looked to be getting a run at Hamilton and almost without effort he just picked up the pace and moved a couple of seconds further away.

He will break all of Schumacher's records and we will all believe that these records will never be broken, until the next time a car and driver wipe the floor with the rest of the field. Let's face it, if Renault had made a decent engine for the hybrid era it would be Vettel taking his 8th or 9t title at Red Bull.

FB said:
He had total control of the race today, the man is an exceptional racing driver.
Click to expand

He certainly more than made up for a poor start initially and had Bottas on toast for the rest of the race.

Bottas looked completely broken at the end of the race. I would be surprised if he can mentally come back from today.

cider_and_toast said:
He certainly more than made up for a poor start initially and had Bottas on toast for the rest of the race.

Bottas looked completely broken at the end of the race. I would be surprised if he can mentally come back from today.
Click to expand

Will it be Bottas 4.0 for next season.

The Mercedes/Hamilton combination probably is the most technical/ driver skill combination since Clark /Lotus in the 60's, though the apparent superiority is bent by the less races per season and reliability in Clark's case, perhaps Hamilton is very close to being the best ever, my opinion is that Clark was the best ever, but now possibly not. There are a numberof reasons I discount Fangio, Senna and Schumacher.

Will it be Bottas 4.0 for next season.
Click to expand

Staff Member
Going back several years and reading the articles and comments about Hamilton's intended move to Mercedes is amusing.

He and Mercedes are about to break some long standing records, such as the most consecutive races in the points for an engine supplier, which is currently Ford with 228. 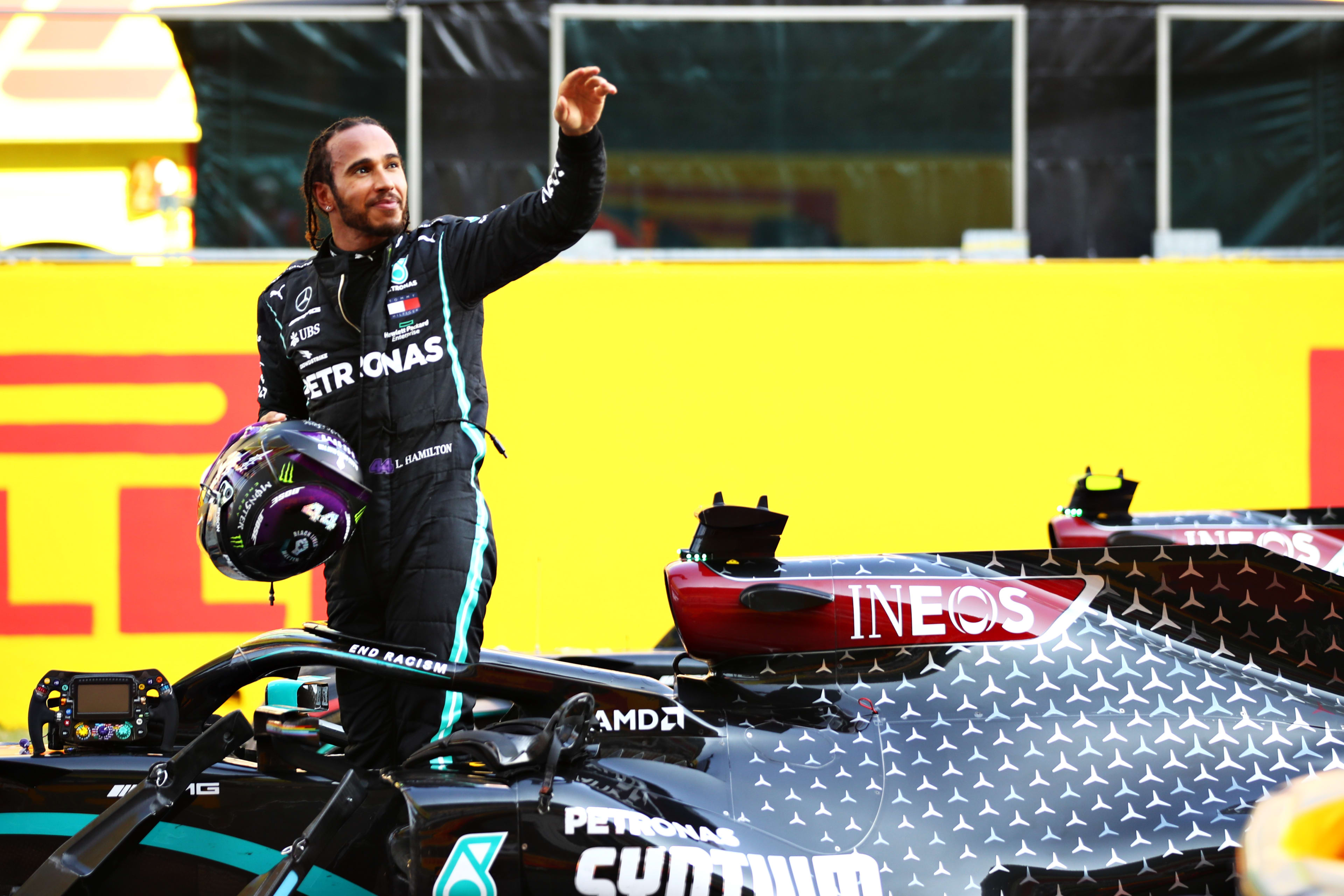 After no less than three standing starts, the very first Tuscan Grand Prix threw up excitement in spades – and more than its fair share of new records and fascinating figures.

Valued Member
I thought this better here as it is about the man and not the race. The inevitable investigation - FIA looking into Hamilton anti-racism T-shirt

Staff Member
Seems more like a human rights and police brutality issue than a political one.

Staff Member
Premium Contributor
Unfortunately this reaction from the FIA was inevitable as it almost certainly will have been found to breach podium protocol.

Hopefully a private slap on the wrist and a statement from the FIA supporting the intent of the message.

Staff Member
Seems like me and Mercedes have the same viewpoint on it.

After the race, Mercedes responded to a Twitter user who asked that Hamilton "keep politics out of F1", saying: "We're not bringing politics into F1; these are human rights issues that we're trying to highlight and raise awareness of."
Click to expand

If this is all there is in the FIA statues, then it's hard to see what they can charge Hamilton with.

The only reference to politics in the statutes is a requirement on the FIA to "refrain from manifesting discrimination on account of race, skin colour, gender, sexual orientation, ethnic or social origin, language, religion, philosophical or political opinion, family situation or disability in the course of its activities".

The sporting code forbids competitors from "affixing to their automobiles advertising that is political or religious in nature or that is prejudicial to the interests of the FIA".
Click to expand

Staff Member
Premium Contributor
You know this is the FIA we're talking about. The organisation once helmed by a member of the French division of the SS in WW2 and then later by the son of the founder of the British Union of Fascists.

I wonder what dickhead asked Hamilton to keep politics out of F1 - A Trump supporter? It's not politics if there is a clear case of injustice not answered for

Not sure about sins of the father, many families at that time had opposing views including the British royal family if later media claims are true.
Many countries treated non white citizens as second class and heavily reduced rights whether legal or not, Australian Aborigines were Government Property well into the late 60's perhaps later, if you knocked one down whilst driving and your fault, the charge was damaging government property.
Whilst Lewis has every right to his opinions demonstrating in Europe is probably a lost cause, except for a minority it will just get nodding agreement, taking it to the USA races which unfortunately we won't have will definitely have an effect, whether he would get lynched or shot, he would cerainly be at risk.
Last edited: 14 September 2020

Whether or not you’re a fan of Lewis as a person, you should definitely be a fan of him as a driver. He is exceptionally talented, and he does not play games. He will never play dirty. In fact, I think he’s the cleanest guy I ever raced against.
Click to expand 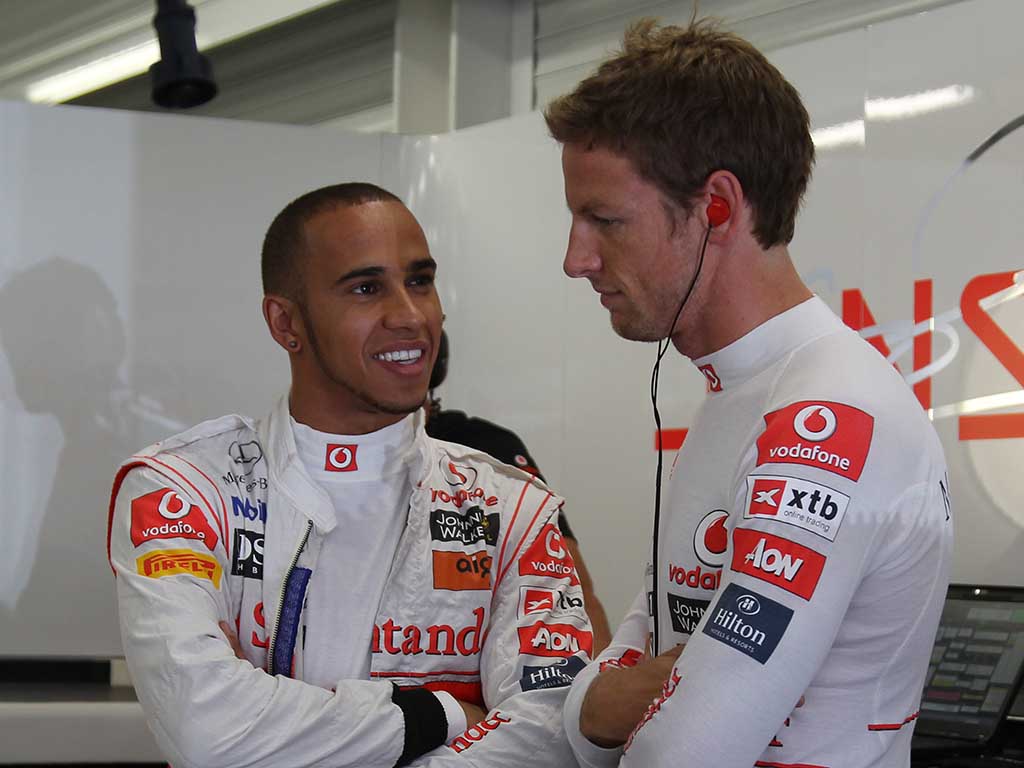 Jenson Button has labelled Lewis Hamilton "the cleanest guy" he has ever raced against saying he doesn't "play games" or "play dirty".