Contributor
Just in case anyone missed it there has been a couple of exciting days in the Tour de France which have probably sealed the general classification as going to a Sky rider; it is not Froome.

Staff Member
Premium Contributor
My wife was looking at the various lots for sale in that auction I posted about last week and she accidentally bid and won a mountain bike. I had a present today. Haven't ridden a bike in a good while. Fortunately we have a lot of canals with wide towpaths around here.

Bill Boddy said:
Just in case anyone missed it there has been a couple of exciting days in the Tour de France which have probably sealed the general classification as going to a Sky rider; it is not Froome.
Click to expand

Contributor
Yes Olivier what will it take before there is a clampdown with multiple offenders being given hearty punishment. Riders should not have to duck to go under a flag, even more so they should not have to ride through the smoke from coloured flares and they certainly should not tolerate physical attacks.

All this goes for other spectators who have come along to watch their favourite sport as well.

On a sode issue it is about time that teams were restricted with the number of plastic bottles that are just thrown at random; maybe they should have to buy them from the organisers at a high price and were then allowed to sell tham back at the end of the race. In all the thousands of miles that I have ridden on my bikes I cannot remember a single occasion when I have trown a plastic drinks bottle away whils riding.

Contributor
It galls me when a rider is next to the team car, throws an empty bidon to tbe roadside then takes another from the car. PUT THE EMPTY ONE IN THE CAR YOU ****ING LAZY ****S.

I watched stage 11. The one where Geraint got the yellow jersey. He’s in this picture and Froome is the third one. 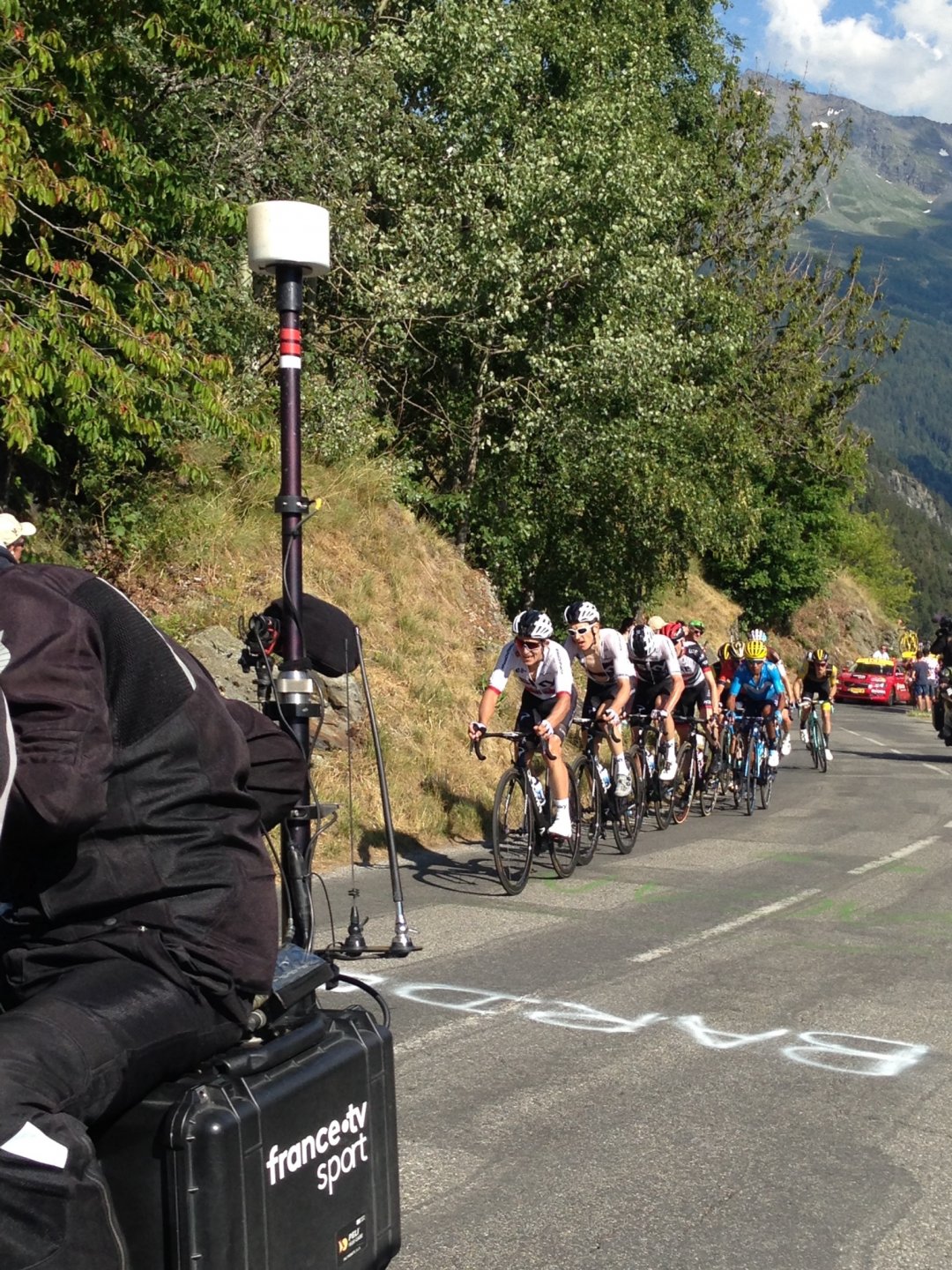 Staff Member
Premium Contributor
Traditionally the leader of the tour isn't challenged on the final stage. I wonder if things would be different if the runner up was only a second behind going into the final stage and he was alongside the leader with 500 yards to go??

Premium Contributor
A brilliant result. I know that it’s been hard for the team in France, I just hope that Geraint gets a rapturous welcome in Wales.

cider_and_toast said:
Traditionally the leader of the tour isn't challenged on the final stage. I wonder if things would be different if the runner up was only a second behind going into the final stage and he was alongside the leader with 500 yards to go??
Click to expand

He'd get his head kicked in, unless he was French.

Valued Member
I have invested in a time trial bike (a relatively modest one from Halfords) but as it has slick tyres I thought I wouldn't ride it this week end because of the rain, in case I fell off. So on Sunday morning, having "aquired" my mountain bike back from my son, I decided to have a ride along the Ouse Valley way from The Offords to Little Paxton. Having lifted the bike over various gates, crossed a number of bridges without guard rails and navigated a field of cows I then found myself on a path which didn't look much like anyone had walked on it, let alone ridden a bike along it, for quite some time. Having gone through nettles and brambles my front wheel then hit some very wet grass, slid into a divot and high sided me. I turned round and went back with a little blood running from my knee.

There is now a very strange swelling on the front of my left shin. I suppose it's not proper off roading if you don't fall off, maybe I should have just taken the TT bike out.

Contributor
Very well done FB it was too miserable and windy for me this weekend.
On the subject of slick tyres in the wet, bicycle tyres really don't have a contact patch big enough to need displace any great great quantity of water so in most cases (on a road bike - such as your TT bike) it doesn't matter if there's any tread or not. Traction disappears when your lean angle is too great or if any form of lubricant or loose surface is encountered and tread will make minimal, if any, difference to that.

Contributor
Selection of tyres on my current bikes, I don’t feel any more or less safe on any of them in the wet:

Staff Member
Premium Contributor
So then bike nuts, what's going to happen with Geraint now then? I'd be interested to hear the thoughts. As I understand cycling in a very limited way, I don't think having two team leaders at Sky would ever work so either Geraint Thomas has to move or Frome goes? I was listening to a bit on Radio 5 recently and they said that Team Sky were quite happy to let either Frome or Thomas go for it this year because there was the issues surrounding Frome and that it was better to have two riders in with a shout and let them race for the win. It seems to have worked out really well. That said, they said that it couldn't work again if both were fit and available next year, Sky would have to pick a winner and back that rider. So, given his new found fame, will they go for Thomas as team leader or will they back Frome and in which case would Thomas be likely to move for another crack at the win?

Contributor
Thomas will be expected to defend his Tour De France title next year, Froome will want to win it for a 5th time. This could be difficult for Sky but Thomas might just say "I'll be there to honour tradition, but the best Sky rider will be leader".
I'd love to see Thomas win either the Giro or Vuelta (or both) but he's probably more suited to the Giro and it would make sense to get him to focus on that for his next Grand Tour challenge.
He's stated that he'd like to return to the Classics (these are the early season mainly Belgium, Netherlands one day races) to which he is probably most suited. To enter the pantheon of greats if he could win a couple of the "Monuments" (of which there are 5) he'd never buy his own pint again.

Valued Member
So tonight I dcided to take the new road bike out. I have a route round where I live which I have ridden a few times on the hybrid bike I had for a while. It has a decent hill right at the beginning and then some undulations along the rest of the route. My best time round it (it's 8.7 miles) was 38:02 so an average speed of 13.8mph, this was with a set of aero bars on the hybrid.

I am staggered! I haven't ridden a proper road bike for years and the difference it makes to how you ride and how it converts the energy is just amazing.

Contributor
I don't think that having 2 team leaders is that much of a problem cider_and_toast. It is unusual for a rider to ride all three os the majors in a year as means that the rider has to get his fitness to peak three times apart from which it is exceptionally hard both physically and mentally. As gethinceri says the TdF could be led by Froome to get the fifth; maybe followed by retirement.