Staff Member
Premium Contributor
Probably McLaren are in negotiations with a number of potential buyers and haven't made a decision yet. 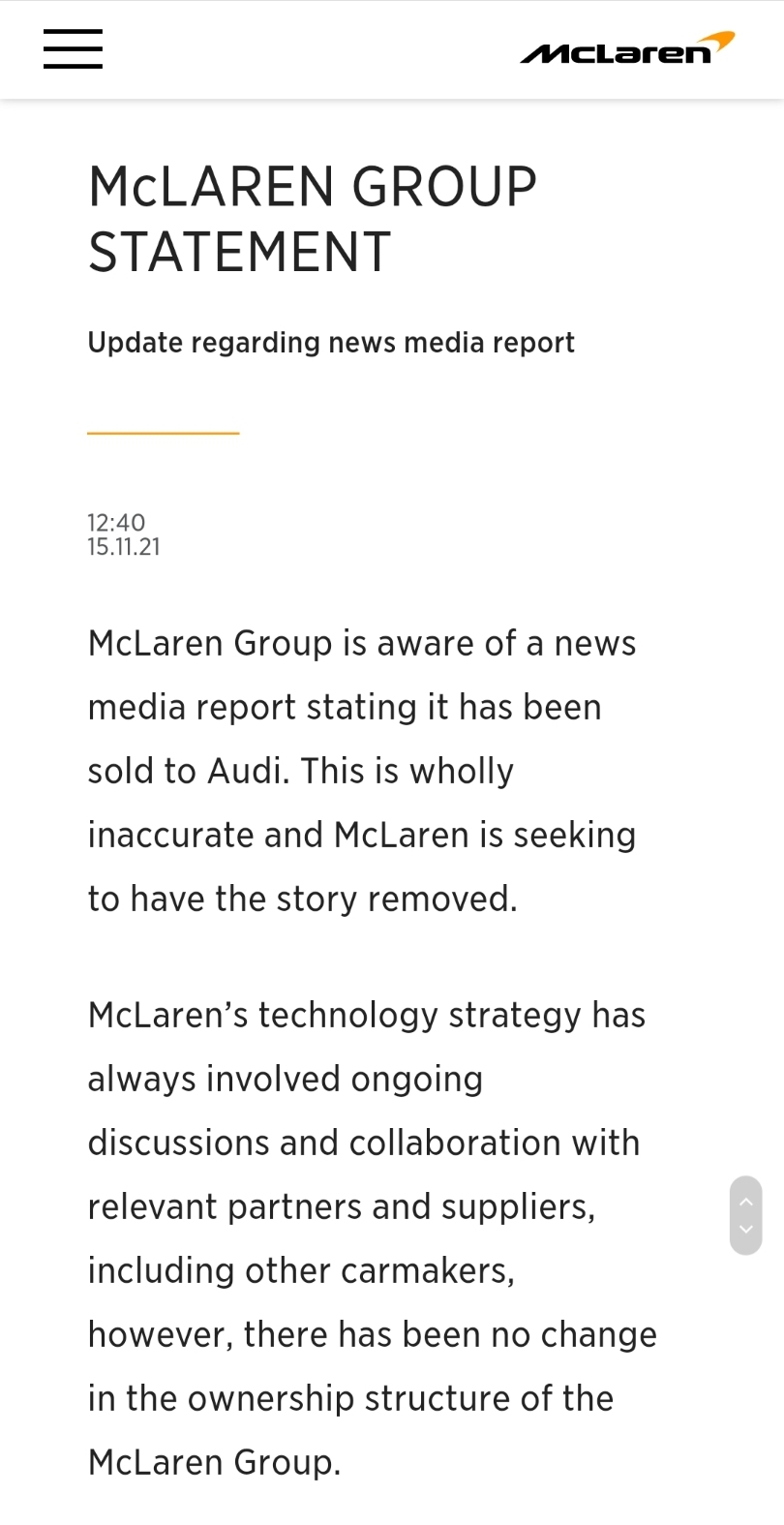 I don't see Audi group buying Mclaren outright given the ownership and what it would mean for VAG as well ..just look at Mercedes who sold their share to Ineos to save money and share responsibilities

As well as Porsche also considering F1 .. if they wanted to do that they would buy a smaller team like Sauber not Mclaren

I expect two brands out of Audi, Porsche , VW, Bugatti and Lambo to appear in F1 for branding purposes but they would want to share their costs

Is it not intriguing that BMW also have been mentioned

Contributor
Based on this article, it seems BMW is out.

Audi is likely interested in partnering in F1 as an engine supplier with some shares. 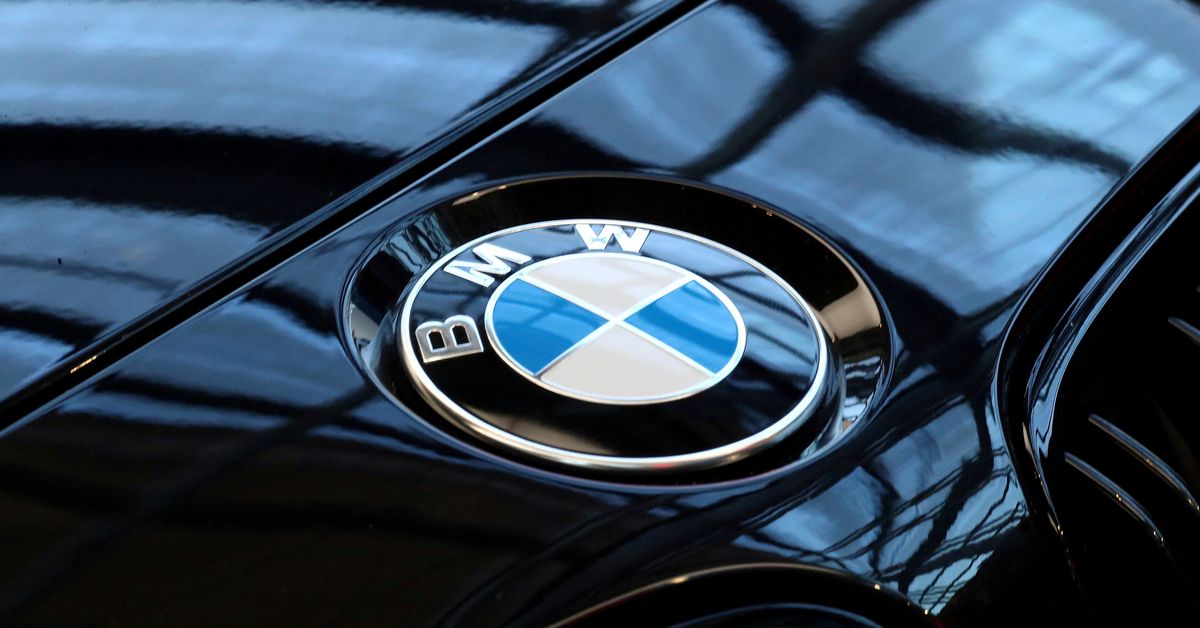 BMW says it is not interested in McLaren Automotive, Audi says open to cooperation

BMW denied reports by Automobilwoche on Sunday that it was interested in buying McLaren Automotive, while Volkswagen's Audi said it was open to cooperation opportunities, without commenting specifically on the British luxury sportscar maker.

The VAG Group as a whole consider if they will enter F1and if so which brand name will represent VAG, it's got nothing to do with history, it's money and marketing for the best return in profits. you can bet your ar

e it won' be the brand name pushing EV if they do go for it.

BmW are more likely to buy Sauber given its past association with it as well as the Andretti link.

Going back to Audi they can see what Ferrari and Merc do and will do the same so expect to see 2 brands in F1. I don't see them owning a factory team

Valued Member
And they will all still be beaten by a bloke who makes fizzy drinks. Excellent!

FIA calendar, you're in charge
2