There was an article on the Motorsport.com website today which said "Red Bull have never won the French Grand Prix, will this year be different?". Now I know it's not really acceptable to let facts get in the way of a good headline but prior to 2009 Red Bull hadn't won any Grands Prix, and a race wasn't held in France from 2009 until 2018. Not really surprising they haven't won the race then is it, especially given the dominance of the Mercedes team over the last few years.

In Baku we had a bit of crash, bang, wallop, right at the end which took what would probably have been a VERY dull race and turned it in two laps of madness. We discovered something new, Mercedes have a special system to heat up their brakes on the parade lap. Chance are every other team has the same, this time though Lewis Hamilton forgot to disengage it and looked like a complete rookie as he slid his way in to the escape road at the first corner with all his wheels locked up.

What to expect of the race in Paul Ricard? Red Bull have been faster on the slower circuits, and only Lewis Hamilton in the Mercedes team looks like he can challenge the speed of Max Verstappen at Red Bull. Ferrari seem to be getting closer, as do McLaren. Alpha Tauri are just behind these teams and I've been fascinated by the on-going battle between Tsunoda and Alonso. Every race the two of them seem to be going head to head.

I'm not sure what to say about the other three teams. Alfa Romeo will cruise round and we will all wonder what Raikkonen is doing in the car, apart from getting a hefty pay cheque and keeping the sponsors happy. George Russell will take the Williams to place it has no right to be and we will wonder why he isn't popped in replace Bottas. There are other drivers in both those teams but it hardly seems worth mentioning them. And then there's Haas, who probably aren't worth mentioning at all.

I hope it's more interesting than previous French races. Perhaps with Max and Lewis going toe to toe there might be some excitement but I'm not hopeful.

Dartman said:
The red flag should only affect those before the incident and be displayed after the start/finishing line, in other words those after the incident should be allowed their time
Click to expand

but that would leave confusion because drivers dont know where the crash is, & what happens if they need to get the medical car out but there are cars on slow down lap.

Staff Member
Premium Contributor
That was an interesting race. Quite enjoyed that.

Mercedes should replace Bottas with Russell...I think today proved it they are going to lose both championship because he did not do a goid job defending

That's for sure. Then again, neither did Hamilton a few laps later. I get the impression that both the Mercedes drivers and team are a bit jaded and need a good kick in the arse to re-motivate them. Even Rosberg (not that he is entirely unbiased) seemed to say as much in his post-race comments.

Whether its a bad call by Mercedes or not. Bottas was passed by Verstappen much earlier...whereas Hamilton was 1 lap left probably not wise to let Perez sneak by as well who Bottas needed to hold off as well..

However there is no doubt Red Bull have got a quicker car now to Mercedes..

Jimbob said:
That's for sure. Then again, neither did Hamilton a few laps later. I get the impression that both the Mercedes drivers and team are a bit jaded and need a good kick in the arse to re-motivate them. Even Rosberg (not that he is entirely unbiased) seemed to say as much in his post-race comments.
Click to expand

Staff Member
Defending hard against a significantly faster car is a waste of time and could result in destroyed tyres or an off, losing even more places.

Red Bull have the fastest car so this was Verstappen's race to lose, which he almost did.

Staff Member
Premium Contributor
As shown earlier in the race by Verstappen who had a car with a marginally faster straight line speed at the mid point of the race and still could not shake Hamilton from his tail. As a result his tyres were shot and he had to make it a two stopper.

Yes but Bottas really git his line wrong 3 corners before he got overtaken.. maybe 1-2 more laps could have cost Verstappen the win

Valued Member
Bottas' radio message about no one listening to him was interesting. Only Verstappen made two stops, and Lewis managed to keep ahead of Max for quite a while. Think it says more about Valterri's ability than the Merc strategy.

"Firstly there’s marbles on the inside, so I didn’t want to make my tyres any worse than they already were," Hamilton said. "He [Verstappen] had the DRS open – if he didn’t pass me there he would have passed me on the straight afterwards, so it made zero difference.

"I just had no front end, so he would have got me either way, so it was pointless to defend any harder. You saw what happened to Valtteri [Verstappen passed Hamilton's team mate Bottas on Lap 44], so there was no point messing up the tyres any more."
Click to expand 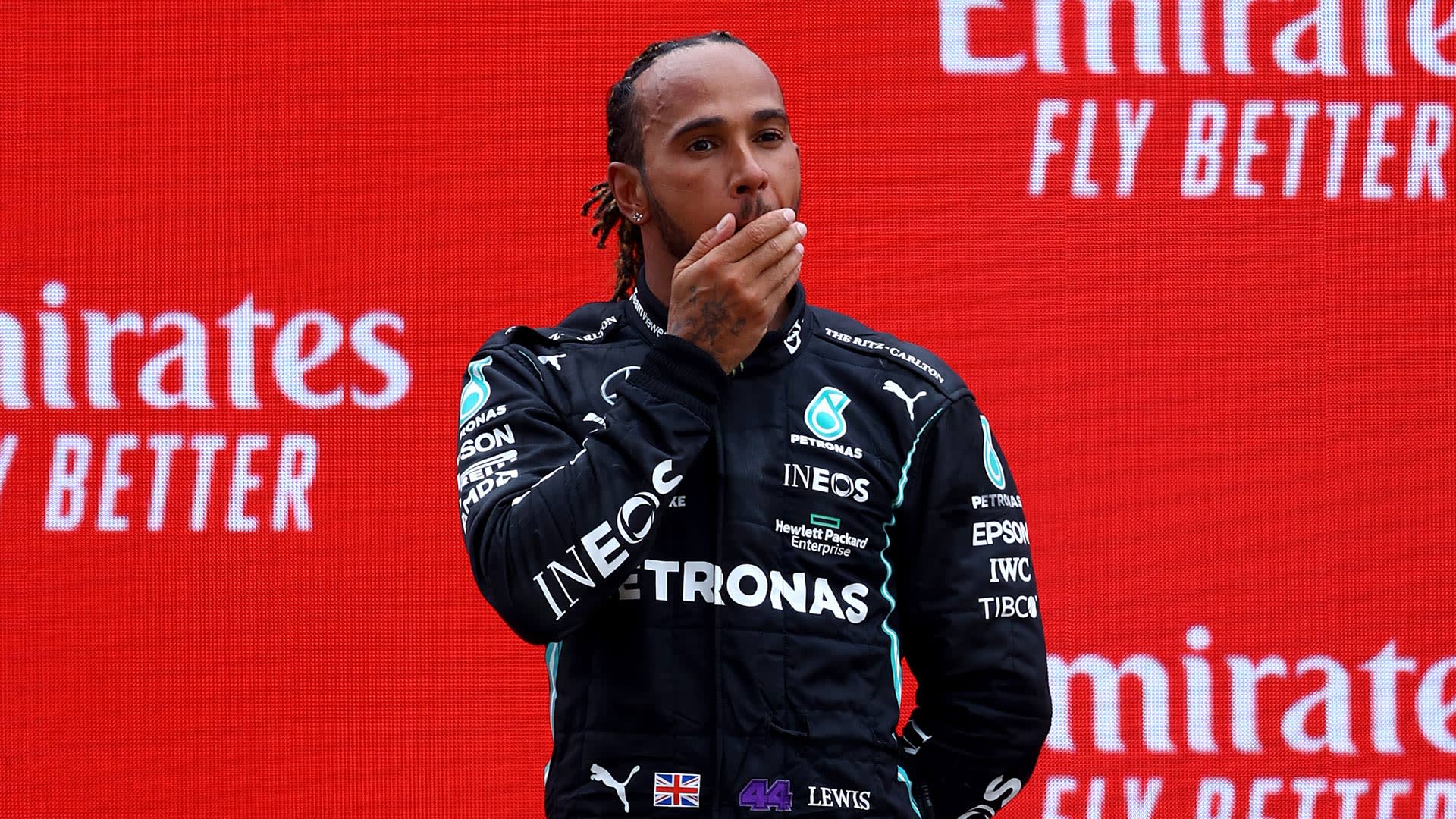 ‘Pointless’ to have defended harder against Verstappen’s Lap 52 move for the lead, insists Hamilton | Formula 1®

"If he didn’t pass me there he would have passed me the straight afterwards, so it made zero difference - he would have got me either way," says the Mercedes man, after losing the lead on the penultimate lap in France.

Valued Member
Bottas: "Why does no one listen to me?"

Team: "did anyone hear anything?"

The Pits said:
Bottas: "Why does no one listen to me?"

Team: "Who is that and why are you driving George's car?"
Click to expand

Valued Member
Apparently Merc had to pit Bottas first as he'd flat spotted his tyres and they might have failed at any time. This triggered Red Bull bringing Verstappen in, who then got the "undercut" on Lewis. So, all in all, Valterri did a pretty shit job for the team during the race.

"We had no choice," Wolff said. "Valtteri's tyre had started to have a vibration, and towards the end, we were really worried the vibration came through the suspension already.

"He could have had a failure at any time, because he flat-spotted the tyres.

"We knew that we were going to trigger the stops too early, but [we had] no choice." 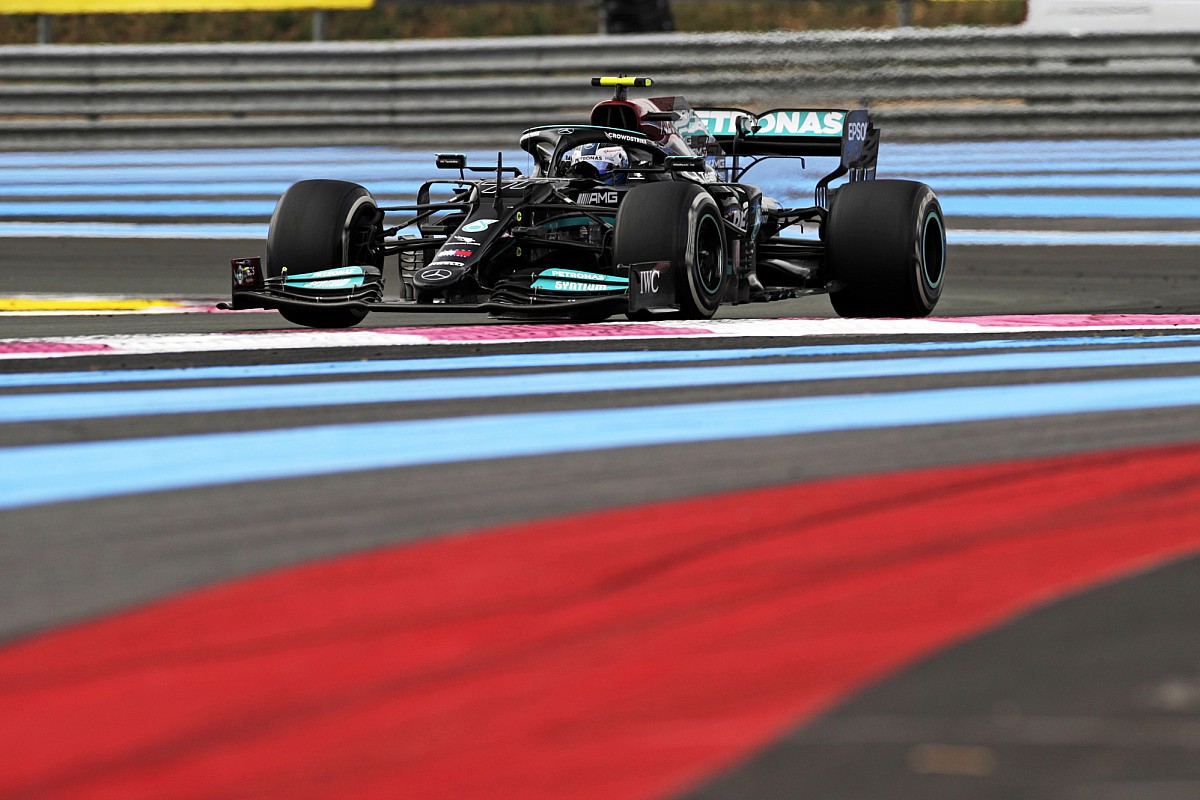 F1: Mercedes had 'no choice' to pit Bottas first in France

Mercedes had 'no choice' but to pit Valtteri Bottas first and spark the early stops that ultimately cost Lewis Hamilton in his fight against Formula 1 rival Max Verstappen.

It must have been a pretty decent flat spot.

The mood between Bottas and Mercedes is not getting better I think he will be replaced before the season...they cant have 1 driver not performing

enjoyable GP, it bubbled along intriguingly & then a great finish. i think we might have to go back to 2008 & maybe 2010. the last time i enjoyed a season as much as this

now dont all you faint, i agree with Bottas

im shocked Mercedes they have been kings of strategy for so long. so surprised that they did that. because i could see from early on lap 12-14 that the 2 stopper was going to be quicker strategy. because degeration was so much higher, alot like how Eddie Jordan used to stuck his hand out to see if it was raining instead looking at a computer forecast. red bull listened to driver they pay millions. 2 stopped & got the success. Mercedes stuck to the data. & fell apart

surprised mercedes went on the hiding to nothing, like red bull did in Catalunya because Mercedes to me looked the quicker car on race pace. so with newer tyres would've been able to challenge. although Hamilton disputes it as they struggled on the straights. when Perez take 12 seconds out of Hamilton it was the wrong strategy. on similarish point great drive by Perez exactly what they brought him for. bad news for anyone in red bull driver academy because i think that is a close shop now, seem to be great friends & they finally have a 2nd driver to fight with Mercedes 2nd driver. fascinatingly Perez has already as many top 5 finishes (6 in 7 races) than (albon 6 in 17 races)

on other drivers, i thought Riccardo was very good. i think this is the start of his season. Ferrari dropping like stone on hard tyres was strange as they really struggled. it was painful to watch. then Russell in fantastic 12th but how i dont know because for majority of the race every time i looked he was 17th
Last edited: 20 June 2021 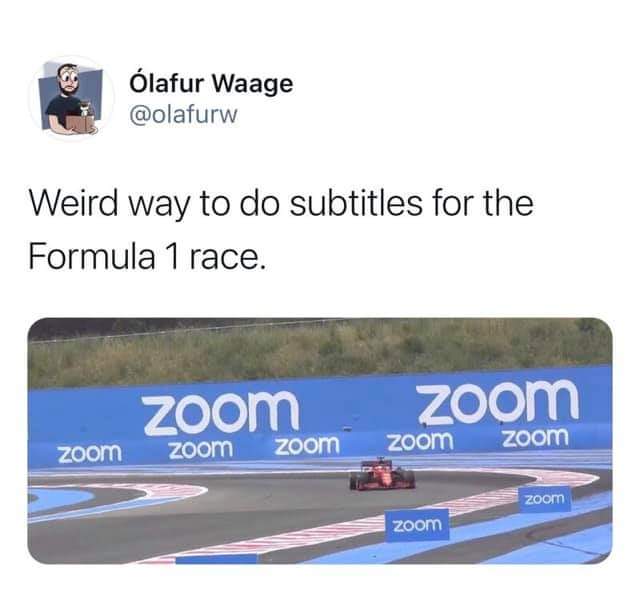