siffert_fan said:
Olegg
That just emphasizes how great Clark was: he did it in 72 starts, Hamilton already has 256!!!!
Click to expand

Contributor
So why was Bottas unable to catch and pass Max on much newer tyres. Lewis was on old tyres and pulling a gap to Max faster than Bottas was closing on new tyres. Is he just crap or was something else going on.

Bottas took a lot of the life out of the tyres trying to catch Max. Also, it is stupidly difficult to overtake at the Hungaroring...

Bottas took a lot of the life out of the tyres trying to catch Max. Also, it is stupidly difficult to overtake at the Hungaroring...
Click to expand

have we forgotten the 2019 Hungarian GP

Contributor
Yes. It was shite.

Valued Member
Bottas 3.0 seems to be morphing in to Bottas 0.3

Greenlantern101 said:
So why was Bottas unable to catch and pass Max on much newer tyres. Lewis was on old tyres and pulling a gap to Max faster than Bottas was closing on new tyres. Is he just crap or was something else going on.
Click to expand

Lady Cider and I were talking about exactly the same thing last night. Bottas had about 10 laps to close Max down and for 7 of them couldn't get anywhere near him then suddenly, with 3 laps to go he pulls right up under Max's rear wing and we get the usual "oh if only this race was one lap longer"

Meanwhile up front, the will he won't he saga of Hamilton making a late pit stop sees Hamilton open up a further 3 seconds on Max in as many laps.

I wonder if it was down to the availability of "party mode" and Bottas burned through his recovering from his awful start, whereas Hamilton had plenty left for the last three laps?

Valued Member
Credit to Max, too...

Galahad said:
Credit to Max, too...
Click to expand

Even bigger credit to his mechanics.

RasputinLives said:
Yes. It was shite.
Click to expand

i quite enjoyed it. we a battle for the lead & was hit & miss who could win to the very end. but hamilton did the exact same strategy in 2019 & managed to overtake verstappen in what was far better red bull than 2020 version

Contributor
I was just being flippant to be honest. 2019 has to be my least favourite of any F1 season I have ever watched - to the point where I gave up watching near the end and just read about it here.

F1Brits_90 said:
have we forgotten the 2019 Hungarian GP
Click to expand

RasputinLives said:
Yes. It was shite.
Click to expand

RasputinLives said:
I thought it was a pretty good race to be honest. The Hamilton/Verstappen duel at the front was very tight. Always thought Hamilton had the pace to do it but he really had to work for it. 8

Also Hungary gets a bad rep. We have a good race here nearly everytime we come. It won CTA best race about 4 years running.
Click to expand

Contributor
Someone has some time on their hands.

If you really want to do your homework then go back and look that Hungary has been voted best Grand Prix of the year on here multiple times - and one of the biggest advocates for it being a great circuit on here has been me, usually because I wrote the intro thread. Like I said I was being flipant because it was an easy joke to make.

i swear RasputinLives i just stumbled upon that. trying to find a picture from watching F1 on my holidays for your point about F1 in 2019 & couldn't resist a bit of a wind up

i thought id gloated my view. but as it turns out no i didnt. but i at least i didnt leave empty handed

anyway after a massive tangent. i liked the Hungary last season but then i was watching it live (with watching European live its extremely rare for me) & in a bar in tenerife. probally did make it more enjoyable.
(infamous picture) 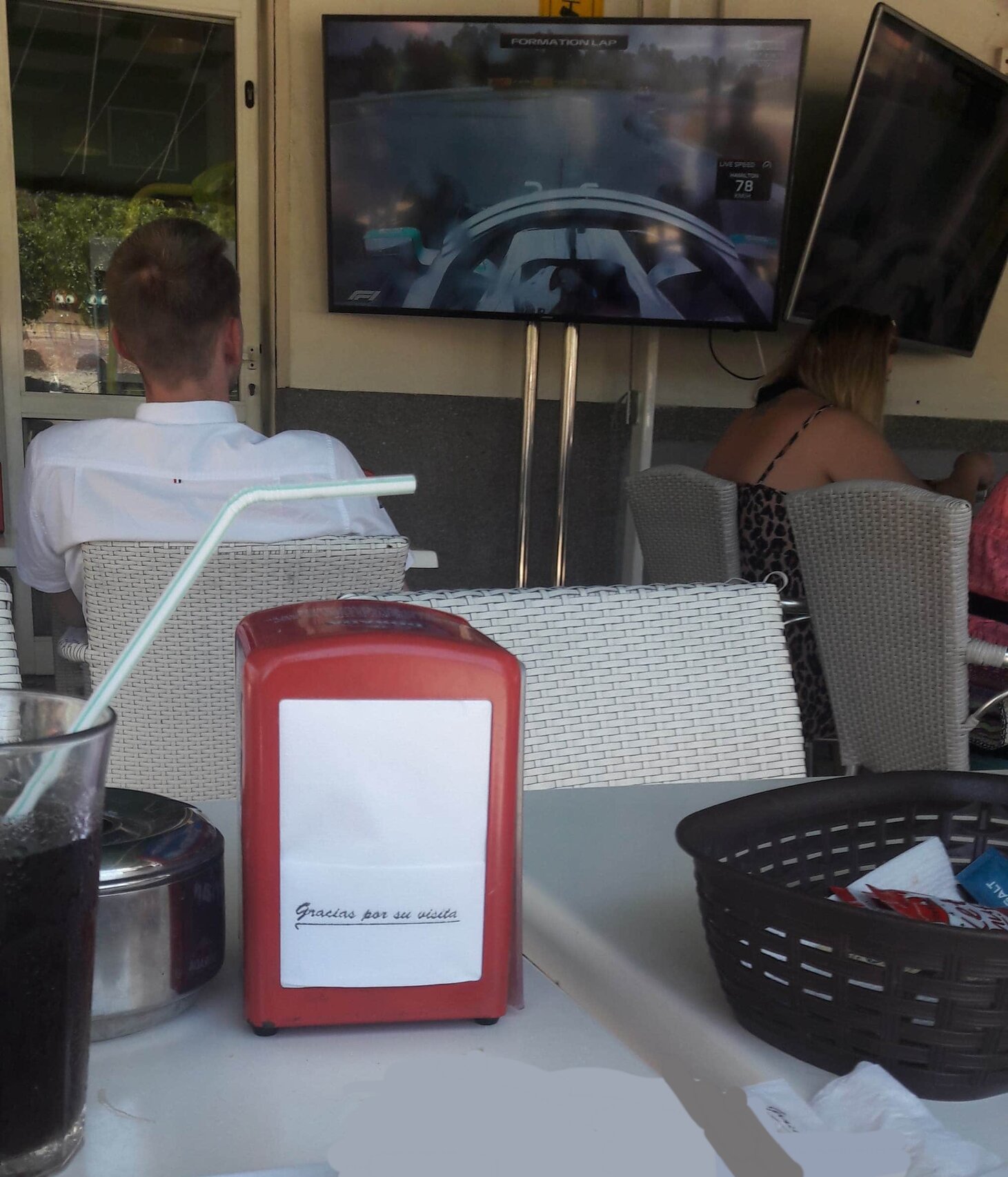 i am stupidly loyal to point i know Mercedes will win every race this season & Hamilton will equal Schumacher championships & break his race wins in sochi or 1st gp of next batch. i will still watch every qualifying & race this season. im the person that never missed a home game under david weir or nigel adkins which as sheff utd fan was low as weve been in 40yrs
Last edited: 20 July 2020

Johnny Carwash said:
It was only pole, win and fastest lap olegg as Max Verstappen led for 1 lap. None the less though it was another dominant win for Mercedes and Lewis Hamilton today.
Click to expand

I was wrong.
You are right.
Verstappen was leading on the lap 4.
That is Hamilton still has 6 Grand Slams left