Contributor
Shhhhh never let the truth get in the way of a good movie plot.

Contributor
Also cider_and_toast technically by announcing they were not renewing his contract prior to the season starting Ferrari sacked Vettel prior to this season so ner ner ner ner ner ner pack up and go back to your own private country!

cider_and_toast said:
George Russell commented on Alex Albon saying that he and a number of other drivers have known Alex for years and he (Russell) quote "Doesn't know what the hell is going on there but he's being made to look an idiot and they need to sort it out"

Red Bull driver management at its finest then.
Click to expand


Well Albon just said in the radio that they should not have risked him in traffic and the engineer had to quiet him . I think he has every right to be angry with them

Stroll best of the rest now can he do it for the entire race. It is a long race in mixed conditions he seems to excel strangely enough.

It's still, at least on Ventusky, looking like a probable wet race tomorrow. Anything could happen.
Last edited: 18 July 2020

RasputinLives said:
Also cider_and_toast technically by announcing they were not renewing his contract prior to the season starting Ferrari sacked Vettel prior to this season so ner ner ner ner ner ner pack up and go back to your own private country!
Click to expand

Take your ner ners and stick them up your exhaust pipe.

Rebuttal point the first - you said "about to" implying the decision had yet to be made when the season was under way which contradicts your follow up defence.

Rebuttal point the second - Prost was actually sacked before the 1991 season had ended and long before anyone knew how quick the 1992 Williams would be.

Contributor
Look just because you're right and I'm wrong doesn't mean I'm not going to argue you're wrong for the next 5 pages. It's just how the internet works.

Staff Member
Premium Contributor
Yeah, I believe it's known in motorsport forums as "going for a Stroll" 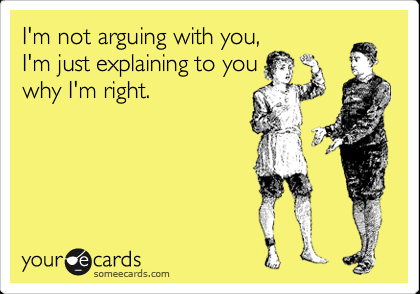 Anyone think Albon might be replaced before the next race by Gasly ? I see the irony it's the Hungarian GP again but Red Bull left red faced like the raging bull.

This track was suppose to be their best chance but they have swapped upgrades back and forth. The car appears to be on a knife edge to drive.

Verstappen tells Russell to mind his own business for insinuating that Albon is not getting fairly treated at Red Bull and the resources directed to him solely. Maybe because his credibility is being questioned especially if things are not going well

Contributor
Oh dear. Max in the wall before the race even begins!

Staff Member
I expect the stewards will investigate Bottas once someone has uploaded the video of his jump start to Twitter.

There’s a couple of decisions that were never actually investigated:

Contributor
Is being sprayed with champagne whilst wearing a mask like waterboarding.

Another Grand Slam for Hamilton.
7 vs 8 form JimClark

Premium Contributor
Bottas did move then stopped, apparently, as the race started he was actually stationary, So even though he had moved he wasn’t moving as the lights went out, so that makes it ok. Is that as clear as mud for everyone ?
I mean, it’s not like he was too far forward ............ oh wait .
Last edited: 19 July 2020

Contributor
It was only pole, win and fastest lap olegg as Max Verstappen led for 1 lap. None the less though it was another dominant win for Mercedes and Lewis Hamilton today.

Johnny Carwash said:
It was only pole, win and fastest lap olegg as Max Verstappen led for 1 lap. None the less though it was another dominant win for Mercedes and Lewis Hamilton today.
Click to expand

Hamilton went for the tires a lap later than Verstappen and returned to the track ahead of him.
So Hamilton led all laps of the race.
This can be seen also in the race's LapsChart

That just emphasizes how great Clark was: he did it in 72 starts, Hamilton already has 256!!!!

start of with the depressing news 1st. i think this is 1988 but mercedes are going to finish the job & i dont see them beaten fair & square this season. if lewis finishes lewis wins. not as confident bottas could make up a gap but he would win 80% of them. because
Britain X2 - where hamilton has won 5 of the last 6 years at silverstone (but for pirelli disaster in 2013 wouldve 6 of last 7 years).
Spain - mercedes have won every year since 2014 bar 1 & that was when both mercedes crashed into each other
Spa - Hamilton loves it here & is power circuit
Monza - power circuit mercedes have the best engine
Sochi - Bottas thrives here. its always 1 of his best races of the season

take nothing away from Lewis. nailed the start & then got great 6 sec gap on inters, from then it was plain sailing wouldve need a monsoon to stop Hamilton today & if you have the best driver in the best car. i repeat Palmer statement it is impressive & depressing in equal measures because hats off to the team. but this is like watching the le mans 24 last few years when 2 Toyota's are country mile clear of everyone else. & as i say above i just dont see that on merit & no reliability issues where mercedes lose. cant we just for the show swap bottas & verstappen. at least lets have a new prost & senna.

brilliant day (eventually) for both red bull's. Verstappen had cracking start getting his muscles out to get into 3rd place at the start, to benefit for this. then Albon i thought drove just as well as Verstappen to go from 13th to 5th pulled off some great overtakes driving brilliantly & badly needed to shake off the doubts. leclerc just had 1 of them struggles on worst tyre for far too long & could never repair the damage. Haas great strategy 3rd & 4th while they have points. its got to be alarming to still come 9th & 15th despite such a mighty advantage