In the good old days of BE Ecclestone money talked very loudly and when the government of Singapore entered the offices of FOM with multiple suitcases full of dollars all Bernie could do was smile and pocket the cash. "But what about our TV audience," muttered one of Bernie's minions, "aren't they all in Europe?". "Oh crap" said Bernie "I know, let's run the race at 2pm GMT then I'm richer and all the mugs are happy". "Won't it be dark then though?" muttered a minion.

Bernie experimented with a 6v LED torch, he "acquired" from B&Q, strapped to the front of one of his old Brabhams but Bert Millander kept crashing it so Bernie went back to the nice people in Singapore and told them to turn all the street lights up to 11 as the race would be at night "to ensure that the primary TV audience was kept happy". Presumably those who would like to attend a race live without a 12 hour international flight don't matter.

Enough of my griping, this year is the tenth anniversary of F1's first night race. I don't think it's possible to forget the first race in 2008 but it did, at least, rid F1 of a large Italian gentleman as a team principal. Last year the race was suppose to be a slam dunk for Ferrari but Sebastian Vettel all but destroy his chance of taking the World Championship when he wiped out himself, Max Verstappen and Kimi Raikkonen before they had reached the first corner. Might something similar happen in 2018?

But what of Singapore itself? It was founded by Stamford Raffles in 1819, although I'm sure there must have been something there before this chinless British no-mark wandered up and decided to build some stuff. This does explain the Raffles Hotel and bar though. When the Empire crumbled It was originally part of the federation of Malaysian and became independent in 1963. The Singaporeans and Malaysian didn't get on too well so in 1965 Singapore went it's own way and in the process created the largest city-state in the world. That said, when your competition is Monaco and The Vatican you are probably going to win.

It has the 39th largest economy in the world, which for a country with no natural resources and a population of 5.6 million is quite astonishing. What is more astonishing is that it has the 3rd highest GDP per capita in the world! Since independence it was increased it's land mass by 23% but hasn't had to invade anyone to achieve this, it's all land reclaimed from the sea.

Although 2008 saw the first Championship Grand Prix, the first Grand Prix was held in Singapore in 1966 at the Thomson Road circuit (Thomson Road Grand Prix circuit - Wikipedia). Racing continued there until 1973, the poor safety record being a major contributor to events being stopped with 7 drivers losing their lives in 11 years. If you take a look on Google Earth the circuit layout is still there - Google Maps

To set you up for the GP round one of the cleanest cities on the planet here are a few weird facts.
Enjoy the race.
Click to expand

Contributor
Hoorahh! Trebles all round, cheers!

This is a very different track than the last two. Would I be correct in assuming that Ferrari is going to have the edge here?

This is an interesting and almost relevant article: https://www.yahoo.com/sports/mercedes-doesn-apos-t-know-155753585.html
Last edited: 4 September 2018

Contributor
In general I think Ferrari tend to do better here than Mercedes, it's one of those tracks (like Austria) where Hamilton is a bit less dominant.

Contributor
Max came within a smidge’s edge of being the youngest driver ever on pole here last year, until Seb pipped him with a monster of a lap, using a bit of wall towards the end of the lap if I remember correctly. It was a fantastic qualifying session. All overshadowed by the debacle at the start on Sunday of course.

Would Max still be youngest ever pole sitter if he managed it again? Perhaps, can’t be bothered to find out. Anyway it’s unlikely but here’s hoping for another good F1 weekend. I like Singapore - walls, heat, it’s a proper test for the drivers.

Contributor
Singapore has never been the same since they cleaned up Boogie (Bugis) Street. The race always seems a bit like the rest of the city is now. Clinical.
Last edited: 4 September 2018

Contributor
vintly I don't know about youngest Pole sitter but Lance Stroll is the youngest person to ever stick it on the front row.

I love Singapore. One of my favourite races of the year. Less power and more accuracy which really shows if a driver is a good all rounder.

Angellica said:
In general I think Ferrari tend to do better here than Mercedes, it's one of those tracks (like Austria) where Hamilton is a bit less dominant.
Click to expand

Yea, I kind of think Ferrari will have the edge there. Perhaps in Russia also. Suspect it will be more equal in Japan, USA and Mexico, where Mercedes apparent advantage in tire wear may come into play. So I think Vettel will have a chance to close the gap some in the next two races, and then hard to say who will have the edge in the three races after that. Season ends in Brazil and Abu.

Valued Member
Ferrari will be the better car but will somehow contrive to lash it up. Hamilton will extend his lead, and the race will be dull.

The tire selection for Singapore is interesting. Mercedes is bringing 3 soft, 4 ultrasoft and 6 hypersoft sets for both drivers. Ferrari, on the other hand, is bringing 1 soft, 3 ultrasoft and 9 hypersoft. It appears that Mercedes results are to maximize performance in a variety of conditions, while Ferrari is going for the win or bust. Mercedes went with a safe choice.

Contributor
I, for one, think that Singapore and it's banning of chewing gum has done a great job; it's screwed up more that one pair of my trousers FB.

The Pits said:
Ferrari will be the better car but will somehow contrive to lash it up. Hamilton will extend his lead, and the race will be dull.
Click to expand

I really hope you're wrong with that prediction.

Contributor
Bill Boddy I went down there once with my husband and a few friends, we went to see the lady boys. Who were absolutely amazing.

Fully expect Vettel to have a meltdown and for Hamilton to win this one walking away. We know for sure that Bottas isn't going to threaten for the race win. Maybe, just maybe, Kimi has said screw it to Ferrari and will stick the car on pole like in Monza.

Sorry for being pedantic, but the fact is incorrect.
Longest human tooth extracted

Valued Member
Hey, if that's the worst thing you can find wrong with my write up then I'm a happy man

Contributor
So will Kimi play nice and help Seb and the team this weekend? If he doesn't that's going to make it really hard on Vettel when Bottas is already doing anything the team ask him to do to aid his team mate towards the title. 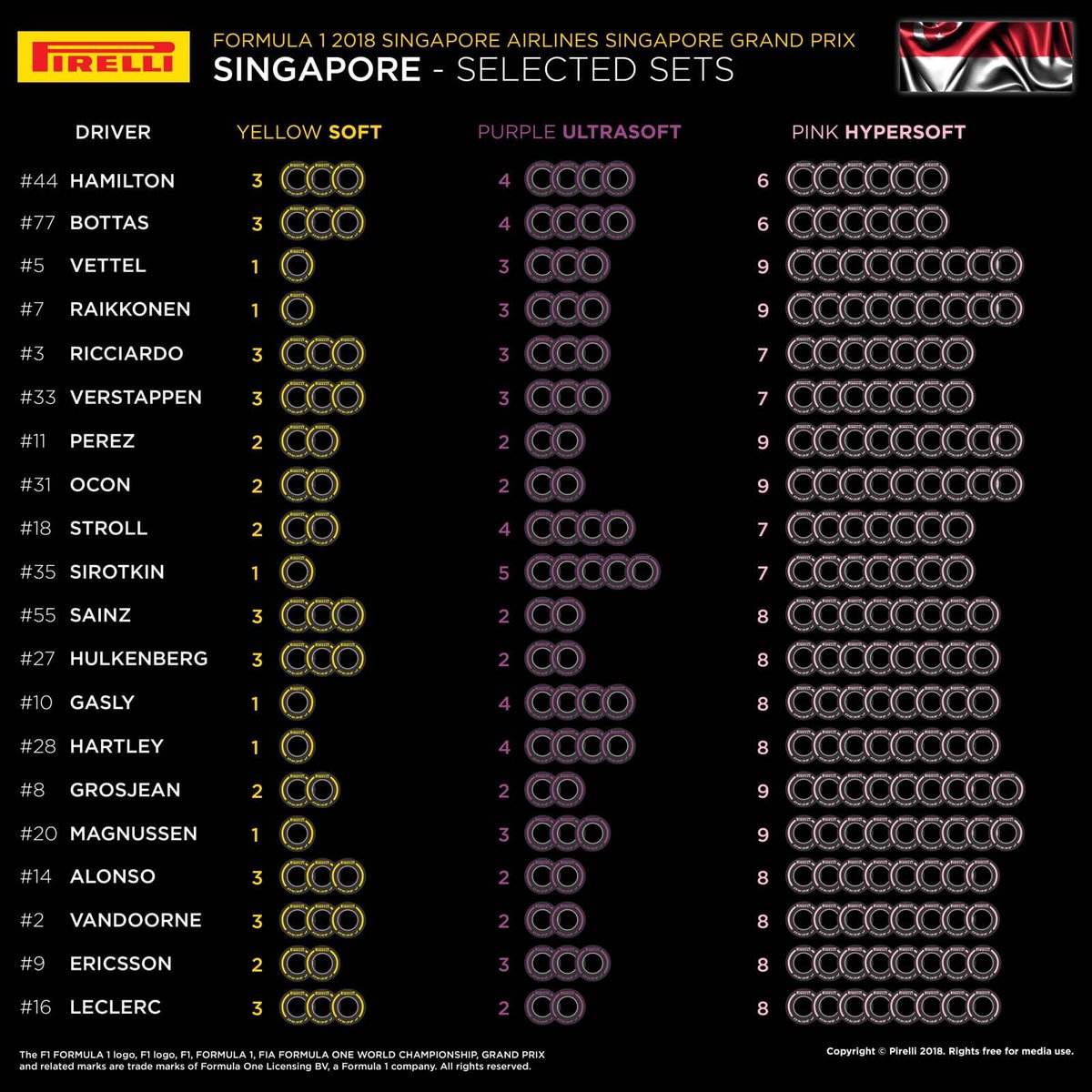