So after an exciting British GP we move on to Germany. The Hockenheimring, where hopefully the excitement will continue.
It really is the home race of Mercedes, as the original circuit was used by Mercedes Benz to test their cars, but that was a very long time ago and the circuit then was nothing like the current, and in my opinion, strangely shaped circuit of today. Seen from the air it's a sort of square shape with a protuberance shaped like" Pinnochio's nose" coming off one side. Much has changed since the large triangular circuit that Mercedes Benz used. At one point the circuit became a large oval shape and ran through the forrest, and the race could be dry in the Stadium section and wet through the trees, which was always an interesting situation. However Herman Tilk got his hands on the place, and now the circuit is 4.75Km long and the forrest section is gone for ever.
It 's not a track with a lot of fast corners and it's quite slow through the twisty stadium section which is one of the original parts of the track that remains, and, where they have built a large number of grandstands. Obviously a good place to watch the race from.
The last race here was in 2016, and it was won by Lewis Hamilton in ... A Mercedes...But they haven't had it all their own way. Ferrari have had the most wins at Hockenheim over the years, so both teams will be going there with Huge expectations. I'm not about to pretend that I have any idea which car will be well suited to the track, or indeed which tyres should do well, the tyre choices are, I believe, Soft, Ultrasoft and Medium. But our CTA tyre expert will reveal all, I'm sure.

Qualifying at Hockenheim is quite important, as in, you qualify well, you do well. Although some of our younger drivers may not have got that point, I'm Sure Max will give it a go wherever he qualifies. Vettel now has 171 points to Hamilton's 163. Raikkonen is on 116 and Bottas is on 104. Obviously Ferrari are ahead, 287 to 267. Red Bull are doing their best but on 199 points total they are really going to have to hope for a miracle. The race is between the top two teams at the moment, and for once it really is a race. Lets hope it remains exciting in Germany. Lets hope Romain has a weekend where he doesn't hit anything or anyone. And lets hope for a miracle for McLaren as well as for Red Bull.
For anyone who is going to the race, if you walk through the old forrest section you will find a wooden cross a memorial to Jim Clark. There is a plaque behind turn 2 of todays circuit for him, but it's only there because the forrest section is no longer part of the circuit. One of the F1 greats.
Last edited: 9 July 2018
Click to expand

Staff Member
Premium Contributor
Have I mentioned previously how much I despise Tilke's act of vandalism at this circuit, how I will never be persuaded that it was needed and......

Here's to many more.

Premium Contributor
I agree cider_and_toast the old Hockenheimring was brilliant, I loved the fact that half the track could be dry and half of it stay wet. I wonder what Tyre Pirelli would dream up for that scenario.

Premium Contributor
In the days when the Nurburgring Circuit gave up I decided to go to Hockenheim race instead. I knew that the Jim Clark memorial was in the woods and was undecided about whether to go look for it. It was a tremendous shock whilst walking up towards the Spitz that I came across it almost straight away. Clark had been a favourite of mine, it made me feel very emotional.

The first corner mayhem has been taken away with the extra run off area which I don;t agree with because a lot of cars do get caught out so it was a high price to pay if you went off

Il_leone said:
the revised circuit at least there was chances for people to pass
Click to expand

That's not strictly true. Having checked the overtaking database, the circuit revisions appear to have not made a great deal of difference.

Valued Member
From a man who had given up quiz writing...

Contributor
Just read that Sauber are giving Antonio Giovinazzi a drive in FP1 in Ericsson's car in Germany. Is this just one of those things eivdence of them finding out if he's good enough to take Leclerc's place if/when they promote him to Haas after the summer break?

Premium Contributor
It could just be to raise funds Angellica.
Last edited: 17 July 2018

Contributor
I think there were a certain number of FP1 appearances written into Giovanzzi's contract when he signed on as development driver. Also having been with team a year and a half already - and driven two Grand Prix with them - I imagine they already have a view on whether they would want him or not.

Valued Member
2 year extension to the contrat they have with Lewis making him the best paid sportmans in Britain, ahead of Anthony Joshua. Has he re-signed just at the point Mercedes are going off the boil?

Also his contract is up to 2020 when the current concorde agreement ends for Mercedes. I don't expect them to suddenly quit F1 and go to WEC given the level of exposure they have had and their influence would wain if they do in going back to just engine manufacturer

They have spent so long to get back to the top of F1 so I can't see them quitting.

Having Hamilton still at Mercedes I think is important for the team to still remain at the front, yes he has made himself very rich but why sign it if you did not think that another two titles could be on offer.? I don't think he will do a Rosberg and walk if he wins the title this season. Schumacher's win record is still under threat . Toto has come out and admitted the team has made mistakes so will we see Mercedes sharpen their act and romp away 2nd half of the season.

Mercedes this year has been very sensitive in terms of performance window where at Barcelona it simply destroyed the rest of the field and we should have seen something similar in Austria but did not. I still think Ferrari should be much further in front so at this stage I would rather be in Merc's shoes rather than Ferrari's based on previous seasons

FB said:
2 year extension to the contrat they have with Lewis making him the best paid sportmans in Britain, ahead of Anthony Joshua. Has he re-signed just at the point Mercedes are going off the boil?
Click to expand

Gee I hope so! Sorry, did I say that out load? 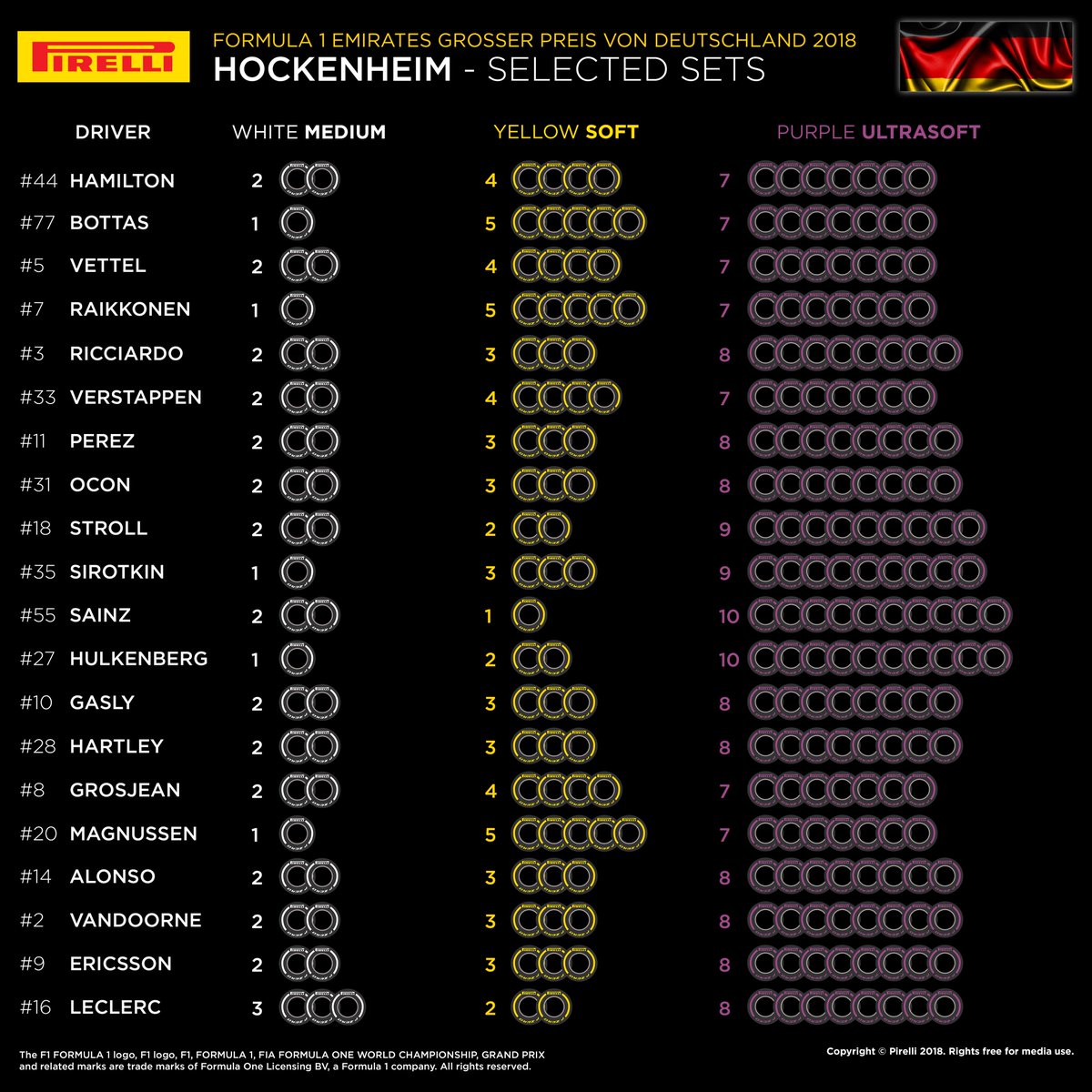 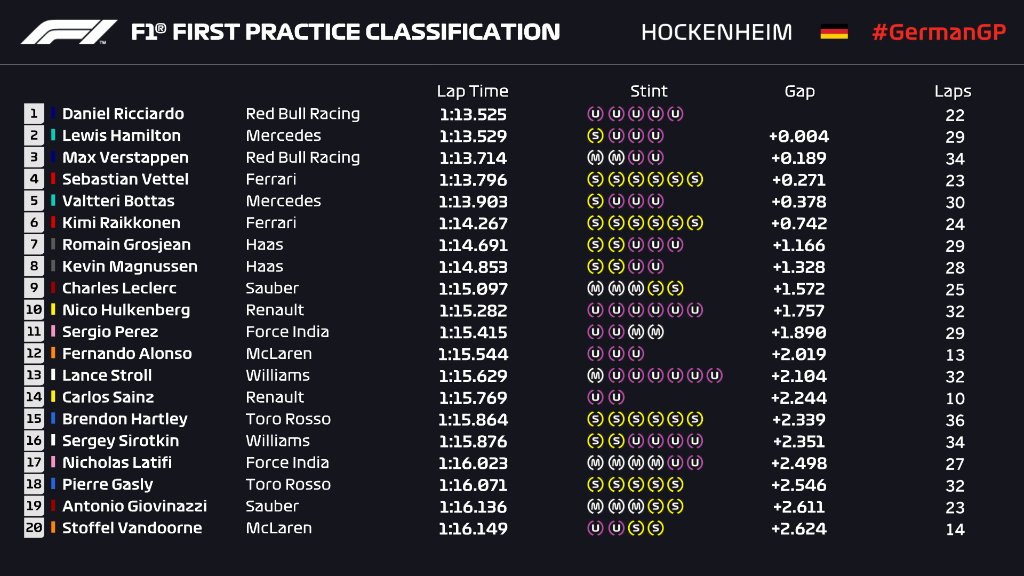