Monza. Or as I like to think of it, ‘MONZAAAA!’. With more GPs hosted than anywhere else; the basic principle of speed defined in its iconic layout; and fans that provide a level of enthusiasm not seen at any other circuit, Monza could be said to transcend the sport itself. Will it live up to its billing this year?

Mercedes romped it in 2016, with Lewis missing out on a hat-trick of Monza victories after a poor start handed the lead to Rosberg, which he kept to the line. This must have been particularly galling for Lewis after having lit up the circuit on Saturday with a pole lap half a second quicker than his team-mate. But this year is different – Ferrari are leading the championship with a much stronger car. Then again, if Spa is anything to go by, Lewis has Ferrari in his pocket on a fast circuit.

Alonso last won here for Ferrari in 2010, the Tifosi will be clamouring for another home victory and this year represents the best chance since then by a long chalk. Vettel has the machinery and skill to give the fans what they want – maybe – and will be itching for a victory here for a third manufacturer, having got his maiden win here with Toro Rosso in 2008, then again with Red Bull in 2011 and 2013. Kimi has never won here, almost certainly due to gorging on gelato throughout the weekend, and unless there’s a problem for Lewis or Seb I can't see him winning – likewise Bottas. On paper it’ll be Mercedes and Ferrari filling the podium places, surprise surprise, but of course anything can happen.

Track changes: reports say that the Rettifilio chicane at the beginning of the lap will disappear, and the Curva Grande will be replaced with a slight right followed by a chicane. This will supposedly make the lap a second quicker, with lap times expected around 1.18. Gravel is returning to the Parabolica apparently, although whether this makes much difference remains to be seen. Jaques Villeneuve's overtake around the outside of Schumacher on the Parabolica may remain a one-off. However, overall these changes sound positive.

Edit: Rewind - it appears that these changes have not taken place this year after all tsk tsk slack reporting on my part. I found this inconclusive but fairly clear post on Reddit:

Anyway, it’s a pleasure to not have the spectre of doom hanging over Monza, given the situation under Bernie. It really seems as if things have changed for the better. The new owners have made positive noises with regards to the ‘older’ circuits, and this is as steeped in history as it gets. Monza is safe for now, and a good thing too.

In his autobiography ‘Watching the Wheels', Damon Hill referred to Monza as the 'Circus Maximus’ of F1. We hope this charged atmosphere brings the best out of the drivers, and that translates into a spectacle for us. Expect Alonso to set the fastest lap on a fresh set of ultras with 2 laps to go, Massa to retire at the end of the race, and young Max to pull up with a car failure.

Even if it turns out not to be quite the race we want, it’ll still be entertaining to watch them blast through the Ascari chicane on the onboard camera – a personal favourite. Bring it on.
Last edited: 31 August 2017
Click to expand

Contributor
I wouldn't be at all surprised if Alonso was so ill, that he couldn't race. Forced to watch trackside in a comfy chair with a gelato. Or possibly from a hammock in Spain. He was very fed up with his team this last weekend, would he want to race where once the Tifosi adored him, in one of the worst cars on the circuit.

Mclaren will no doubt do the follow my tow trick strategy

Contributor
Alonso and towing in quali hasn't always worked well at Monza. When it didn't work at Ferrari he called the team morons over the radio and the relationship never recovered. I guess it won't be a problem at Mclaren though as he's been calling them morons on the radio for around 3 years now.

Now I know I risk being burnt at the stake as a witch for this comment but....am I the only one who finds Monza a little dull?

There have been a couple of crackers though to be fair.

In that respect it can be considered no different to other circuits, like monaco or baku.
Last edited: 29 August 2017

RasputinLives That's true the last exciting race I can think of was the 2005 GP, when Raikkonen has to storm through the field, because of a penalty.

Contributor
I think it's a track we're told we ought to like because it's been around for so long.

Valued Member
vintly mentions the changes to the track but don't think they are being implemented this year. I had a good nose around the interweb and there was a lot of comment in 2016 but then it all went very quiet. Anyone have up to date info on the layout?

At least if they retain the silly chicane at the end of the straight we can expect Perez and Kvyat to torpedo a few cars off just after the start.

FB it's the same layout as it has been the last 15 odd years.

RasputinLives Despite Monza being a reputation as power track with long straights .. it is actually difficult to overtake and it seems the best chance is the run down to the parabolica and then before the lesmo

Valued Member
I don't think I've ever been more heart-in-mouth watching F1 than the 2011 Monza race; I thought Hamilton/Schumacher could genuinely end in an aeroplane crash.

DRS is pointless at Monza since scarcely anyone has much drag to reduce.

teabagyokel said:
....DRS is pointless at Monza since scarcely anyone has much drag to reduce.
Click to expand

Well that's one thing in it's favour.

teabagyokel Do you remember 1993 - when the Minardi's collided down the pit straight then?

Now that would have been better remembered for Hill winning from practically last after lap 1 when he and Senna collided but it was more famous for the above if you see it on Youtube
Last edited: 29 August 2017

Valued Member
Too young to remember 1993. Seen the clip; bet Sergio Perez is pointing it out to his team. "Could be worse!"

teabagyokel said:
....bet Sergio Perez is pointing it out to his team. "Could be worse!"
Click to expand

More likely he is saying "what made him think that he could overtake me?".

i really enjoy monza i agree the races has been uneventful but usually because the Mercedes have gone to hide for last few years. but monza is the theatre of racing & has brought some of my favourite pictures & memories of f1. in my hypothetical f1 career if i was only allowed 1 podium. it would have to be monza it the greatest podium

but i thinking in terms of my memories of monza. 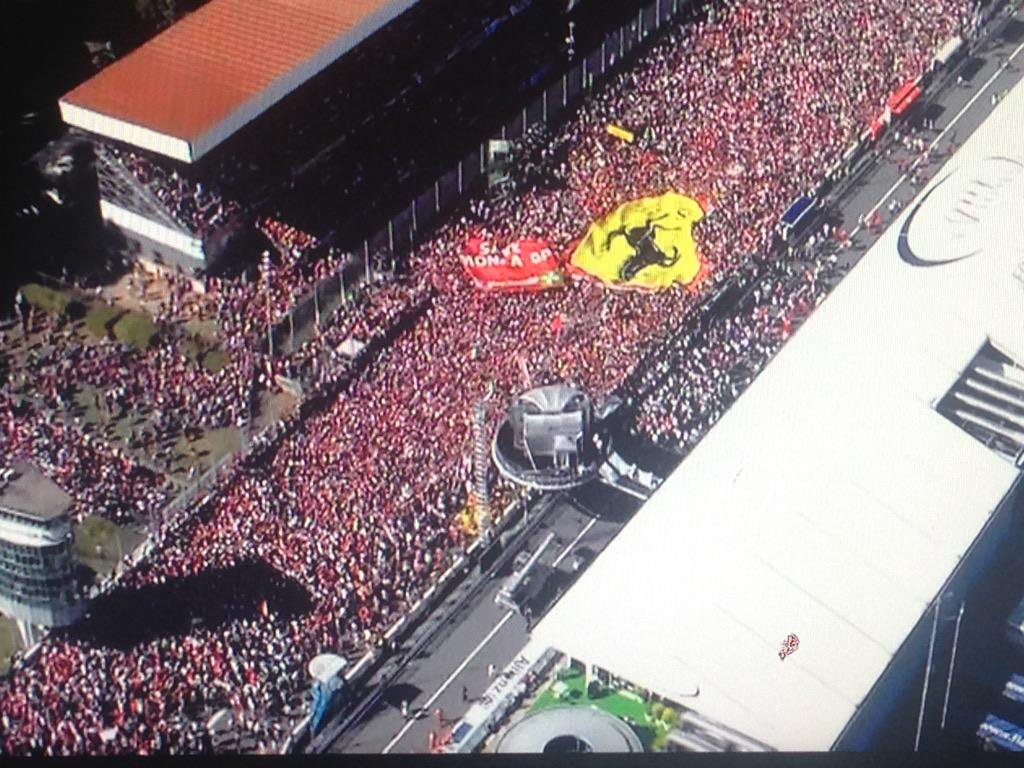 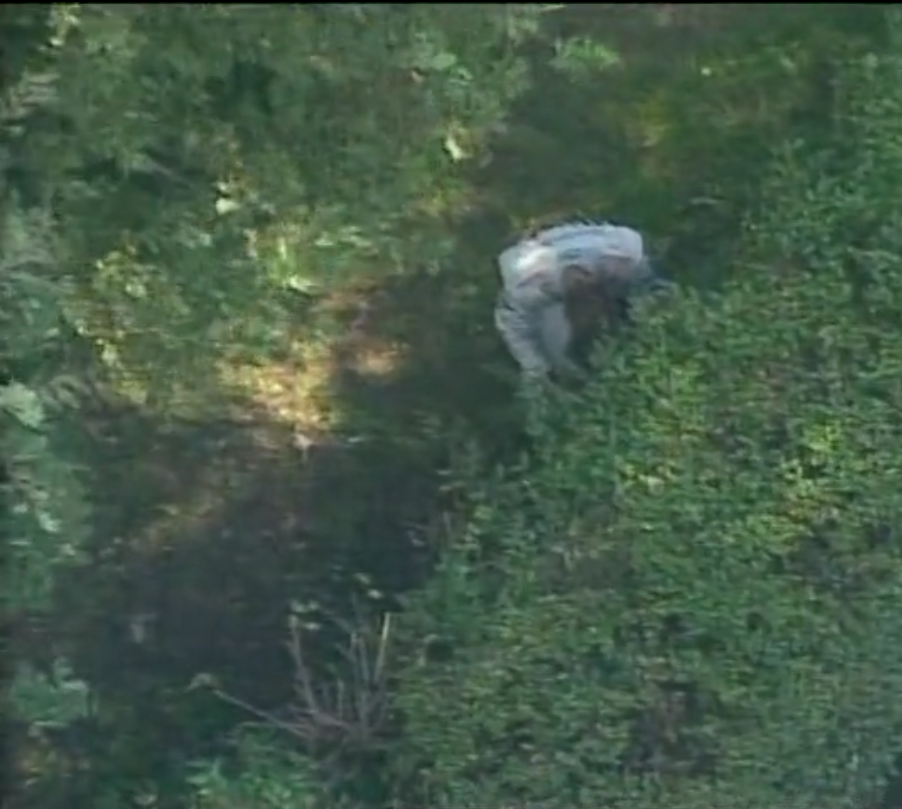 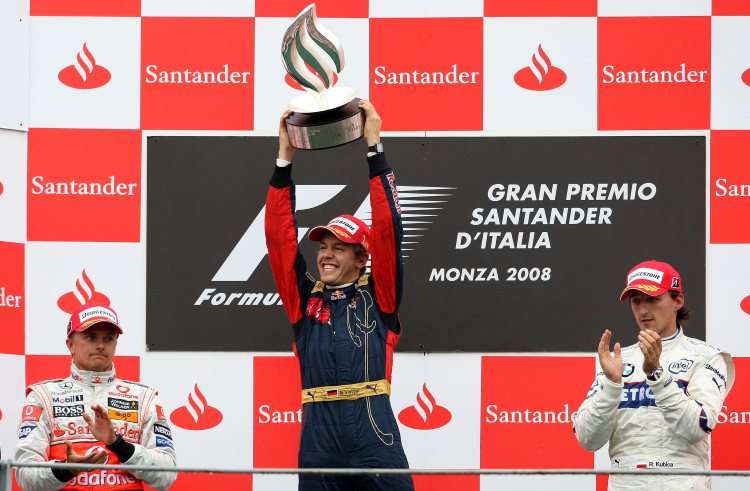 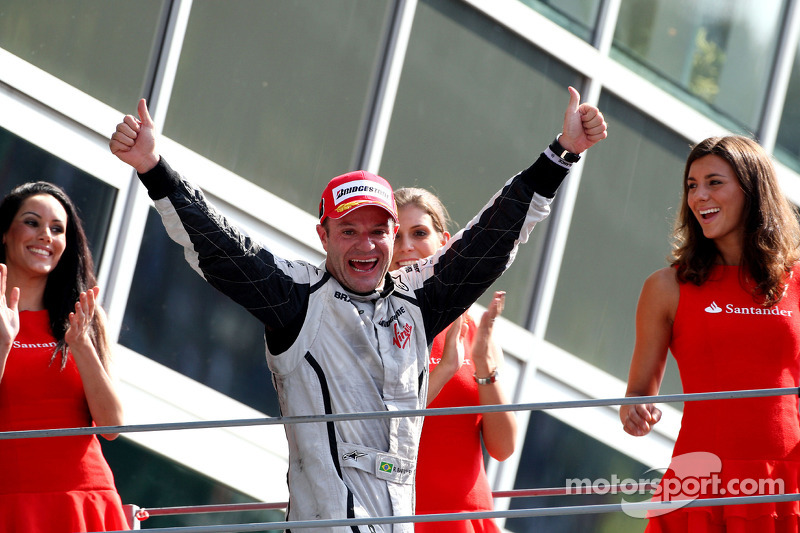 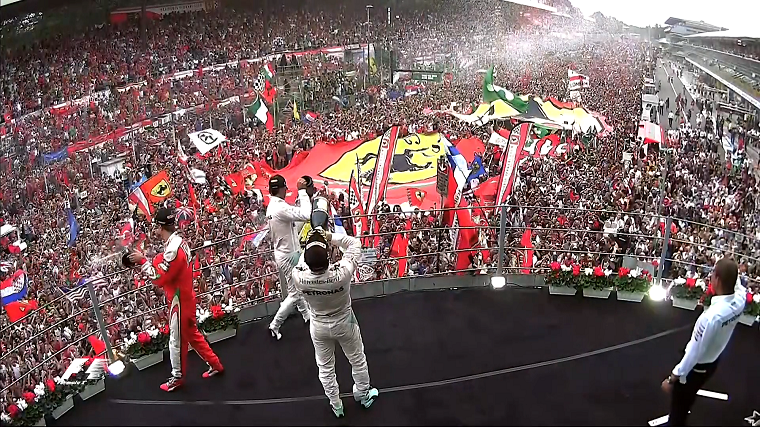 Valued Member
I really hope for a Ferrari win (either driver) just to see al the mad Italians go even more mad.

i with you on that because that bottom picture was after ferrari came 3rd. can imagine a vettel win or ferrari 1-2