Donald Trump wanted them to build a wall but instead they rebuilt the Autodromo Hermanos Rodriguez in Mexico City, and I'm mightily pleased they did. The race last year was pretty top notch, the Formula E race here was pretty top notch and the fans were amazing at both. Why shouldn't they be? They have their own hero to cheer on in Sergio 'Checo' Perez (oh and Gutteriez for now) and he usually puts on a show. The track lends itself to good racing and I'm hoping we see a good one this coming weekend. We certainly need something to wash the taste of dull Austin from our mouths. The US Grand Prix was pretty much like ordering your favourite ale only to take a giant swig and find out it was off. It did see a home win for American driver Lewis Hamilton (Yes he's officially American now. Apparently they got him in a swap deal for Scherzinger and Will.I.Am. It was a bad deal and personally I blame David Cameron) which is good news for us because it put him back in a good mood and therefore up for getting back in the championship race. Monegasque driver Nico Rosberg though is still in smug face mode as all he has to do it finish 2nd at every race which doesn't seem to be too much of a problem. Having said that if he does win the title this way the talk will be he doesn't deserve the title (it started on Sky this Sunday) so maybe he needs to go all out to win. Having said that if he does he might crash out and not win the title. Oh its catch 22!

Hamilton's savior might be the ever rising Red Bulls. Max 'I'm not here to finish 4th' Verstappen has really been flying of late and, whilst my comedy side wants him to finish 4th, has a real shot at beating one of the Mercs. Another driver who equally has this chance is Danny Ric who has responded to the Verstappen challenge fantastically. If next year really is an aero formula, and Red Bull are at the front, I can't wait for Verstappen vs Ricciardo to get tasty. Having said that Ricciardo might be a bit distracted this weekend. Apparently he went to the clinic yesterday and discovered that he has a serious foot infection and now has to ring up everyone who has drank out of his shoe and tell them to get themselves tested.

What I think everyone is probably hoping for this weekend is Sergio Perez getting a podium. I think the place would go bonkers. Its not a complete impossibility because Sergio showed last year he gets Mansell type people power round this place and he is actually in good form. Expect some kind of smart 'go long' tyre strategy from Force India. I'd also love to see Carlos Sainz repeat his performance in Austin because it was pretty much like watching your mate out drag a flashy Merc in his mums Fiat Punto. To be honest the Punto might have more horsepower than that old Ferrari engine. As always I look forward to the Fernando Alonso radio comedy hour. He gave us a Texan 'yeehar!' at the end last time out, will we get a Mexican 'Areeber!' this time out? Probably not. We'll prob just get more moaning about the car being slow. Starting his own rival angry radio show is Jolyon Palmer, who is get increasingly frustrated of outpacing KMag in quali and ending up behind him in the race. Apparently being angry with the team you want to re-sign for will solve this.

I haven't mentioned Ferrari yet because I don't really know what to say. Both drivers seem to be on fairly good form and the car seems to perform at times but somehow they always end up with a 75 place gird penalty for Vettel and Kimi rolling backwards down a hill into the pit lane. Will all this bad luck and bad tactics disappear and everything comes together for a perfect Mexican race? Probably not, but it'll be fun to see how fate/the team conspire to throw away a decent result this time.

So thats Mexico served up with sourcream and salsa dressed up in a sombrero and every other slightly offence cliche that will be probably be said by Ted Kravitz in the pitlane this weekend. I feel kind of positive about it. At least the venue looks good.
Last edited: 24 October 2016
Click to expand

Valued Member
People have been saying there's been a tremendous amount of Mexican GPs. And they're not the best GPs, believe me, they're not sending their best GPs. Sad.

Valued Member
Am I the only one who hates the stadium/baseball ground section? This then runs out in to what is left of one of the most awe inspiring and frightening corners in F1 and it now looks like it's under a motorway intersection.

Contributor
I agree that corner out of the stadium section has been ruined from a racing perspective, but the overall spectacle of a modern Mexacan GP is fun to watch on TV. In Austin the crowd seemed miles from the track, at least there's an atmosphere in Mexico, the crowd seem really part of the action – and they're bonkers with it.

Contributor
I really hope Verstappen comes fourth from here on in. 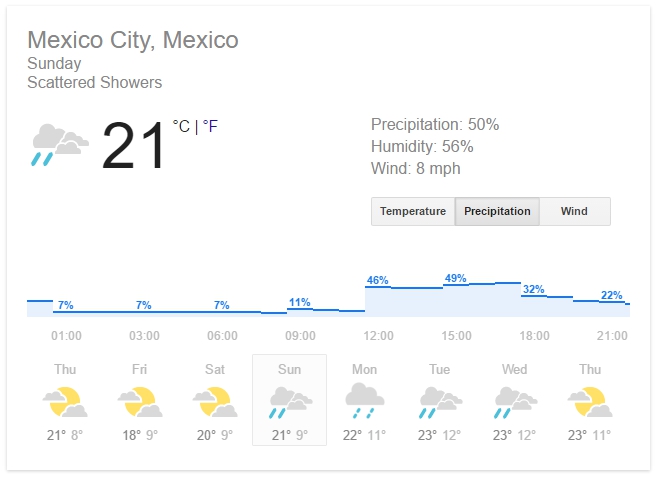 Valued Member
The WEC race had interesting mixed conditions which led to some excitement at the end as teams gambled on different tyre strategies. Maybe F1 needs some 6 hour races...

I disagree about the Formula E. I thought it was the worst race of the season as it was tight no one could overtake. I quite like mexico. I quite liked US gp til Verstappen / VSC spolit it & as 1st half was a 7 2nd half more a 2

Im not saying nico doesnt deserve it. Because he does took advantage of his opportunities & sometimes stars just align in sport to make something happen as cant forget 2016 is the year of the underdog. Although he isnt a underdog in comparison to others but still. But i cant help but feel that rosberg will have a DNF at some point in next 3 races because to have no mechanical unreliability all season is highly unusual & the only race is he retired from was because he crashed into crashed lewis in Spain

Contributor
F1Brits_90 If Nico has a DNF he just needs 1 win to be champ assuming he is 2nd in the other race.

Greenlantern101 just shows the strong position than nico finds himself in these closing races. but i still think & this goes for most sport if we go to title decider with all the attention leading into that week all the added scrutiny during the weekend, anything could happen. pressure makes you do strange & stupid things. Has been known to make even greatest sportsman crack

Contributor
So Checo just asked in the drivers press conference what his greatest fears are then asked what he thinks of death.
OooKaaay bit weird and threatening, even if it is Mexicos day of the dead. How about a racing question.....anyone?

Q: (El Grafico – Enrique Gutierrez) Checo, what is your great fears in your life?

SP: To be honest it’s snakes, probably! Apart from that I don’t fear anything. To me, I don’t have a lot of fears, to be honest.

Second question, what do you think about the death?

NR: I wish all Mexicans a great celebration of the dead.

SP: He asks the question because we have this celebration this Sunday, I think.
Click to expand

Valued Member
A little morbid but the Mexicans think you die three times:

"In our tradition, people die three deaths. The first death is when our bodies cease to function; when our hearts no longer beat of their own accord, when our gaze no longer has depth or weight, when the space we occupy slowly loses its meaning.

The second death comes when the body is lowered into the ground, returned to mother earth, out of sight.

The third death, the most definitive death, is when there is no one left alive to remember us."
Click to expand

Am I wandering off topic?

Contributor
A thought has just occurred. I would put money on it that a box of T-shirts exists somewhere in Mercedes that say 'Nico Rosberg World Champion' on them. Guessing they aren't being kept in Lewis's motor home.

Supporter
At least once a year I have to recognize the complete absurdity that is carbon-fiber cleanup in Formula One.

This is a sport that spends Ten's of thousands of dollars on everything, yet they still force marshals to pick up enormous fields of shredded carbon with their bare hands and tiny brooms.

Contributor
The brooms aren't tiny they're just far away.