As the 1976 season drew to a close, the F1 teams were packing away their kit from the US GP at Watkins Glen and getting ready to return home. James Hunt had won the race and carried a 3 point cushion going into the final round which for the first time would take place in Japan in 2 weeks time.

The teams had all agreed that they would not test in Japan however, at the last minute, McLaren saw an opportunity, packed their gear up and managed to get it on an early flight which would enable them (despite the Gentleman's agreement) to get a couple of days testing at the Mount Fuji circuit prior to the other teams getting there.

So the story goes that the Ferrari mechanics got wind of what McLaren were up to and tried to get their own kit on the same flight. Unfortunately, there was only one phone in the pits at Watkins Glen and when Maranello called to try and confirm the arrangements, it just so happened that the person who answered the phone handed it to a McLaren Mechanic. The mechanic in question realised what the call may be about, stalled the caller and then handed the phone to another team member who claimed no knowledge of what the caller on the other end wanted. Apparently this went on for some time and by then it was too late to book the earlier flight and McLaren were the only team who made it to Japan early for some crucial testing.

On race day itself, as most of us know, it was pouring with rain. Another story, which alongside the above, Ron Howard left out of his film Rush, goes that after the race was postponed for a few hours, the drivers disappeared from the grid. When it was time for them to return, there was no sign of James Hunt. McLaren, starting to panic, sent mechanics searching everywhere for him. It was however, Patrick Head who stumbled across James Hunt in an empty pit garage receiving some attention from a Japanese pit girl who, to put it politely, was knelt before James and I'll leave the rest to your imagination.

What else was special about that race? Well, until then Motorsport had never really made much impression on television. Unless there was a spectacular crash or tragic death (of which there were many in this era) it tended to be off the front pages. Hunt however, was a new type of driver, flamboyant, charismatic and, in his rivalry with Lauda, had captured the imagination of the British public. The BBC caught on to this and for the first time would have cameras at the circuit to cover the race. This led to a regular slot on BBC2 the following season covering the highlights of each race in a show called 'Grand Prix'. So from a British point of view, the 1976 Japanese GP really was the start of modern formula one as we know it.

So what of the current race? Well, the Suzuka circuit, first opened in 1962, hosts the 27th Japanese Grand Prix. It would be impossible to complete any review of the circuit without mentioning the fact that it is the only circuit on the calendar that runs in a figure of 8 configuration. Popular with drivers and fans alike, this thread could run into many thousands of words just covering some of the incidents that have occurred at this track over the years.

One driver who will be looking to show bouncebackability here will be Lewis Hamilton. After the heartbreak of losing a nailed on win in Malaysia he now finds himself 23 points behind his team mate going into the final 5 races. In 2015 and 2014 Hamilton finished on the top step of the podium with Rosberg in second however, on both occasions Rosberg had qualified on pole. Given the way this momentum has been swinging between the Mercedes drivers this season, this one is definitely too close to call.

We can definitely say the Red Bull team are now back in the mix. While not quite there on pace they have a really solid car and two drivers who know how to use it to its best. With Ricciardo winning in Malaysia, Verstappen will be looking to fight back and it will be another great inter team battle to watch.

Then we come to Ferrari, oh dear, oh dear, what a season it's not been for the Scuderia. Without a win since Singapore last year, they haven't won a Japanese GP since 2004. The team seem to be tactically inept whenever they get the car right or just fail to get the car right at all. They aren't quite having as bad a season as 2014 but Vettel really must be wondering now if he made the right choice.

McLaren are finally showing signs of being able to compete in the top ten. Alonso's performance in Malaysia to fight through from the back shows he still has 'it' and I would expect both McLarens to run well here and challenge for points.

As for the rest of the field, as we move into the final few races the focus is definitely on the championship end of the grid. Williams and Force India are separated by just 3 points in the constructors championship going into this race and both will want to clinch 4th in the table. While Force India continue to punch way above their budget, Williams performance this year has been far below the expectations given by last years chassis and engine. It was announced over the weekend that Bottas would remain with the team for next year and there is a driver who is in very real danger of becoming a forgotten man. Where once he was talked about as being not only a potential world champion but certainly looking at a Ferrari or Mercedes seat his performances this year suggest that early promise isn't there.

There are a few more questions such as will Sauber ever get a point this season? Will Palmer be able to build on his first point of the year, can Haas get anywhere near the top ten and why have they gone off the boil so badly? Which of the TR boys will come out on top now that Danny K seems to have his mojo back and can Ocon finish ahead of his highly respected team mate again?

All this and more will be answered over the weekend.
Last edited: 3 October 2016
Click to expand

cider_and_toast said:
As the 1976 season drew to a close, the F1 teams were packing away their kit from the US GP at Watkins Glen and getting ready to return home. James Hunt had won the race and carried a 3 point cushion going into the final round which for the first time would take place in Japan in 2 weeks time.
Click to expand

Wouldn't it be Lauda who had a 3 point cushion?

Staff Member
Premium Contributor
Of course it was. I just threw in a deliberate mistake to see if anyone actually reads these threads.

Valued Member
Assuming Mercedes one-twos, Hamilton now needs to win all five races to win the title. Rosberg can lose four times to Hamilton and no-one else and still take the title.

It is possible for Hamilton to beat Rosberg in each race and still lose the title (although pretty darn unlikely):

Another DNF for Hamilton is almost certainly fatal to his hopes, if Rosberg finishes all the races:

Like in any sport. You just need to take it to the final day because once you do anything can happen & im sure lewis would take a 2 pt deficit going into abu dhabi as ive seen particularly some strange things/miracles on final day of a football season. As i said on Malaysia thread. Hopefully we will get the lewis from Hungary & silverstone 2014. Twice he was this Heartbroken on the Saturday but came back on Sunday beat nico

Also ive heard from bbc f1 guy on twitter their some storm that heading for Japan this weekend. If it weather does repeat itself. I hope FIA have learnt & arent so idiotically inept

Staff Member
Premium Contributor
One to record and watch later I think.

cider_and_toast said:
One to record and watch later I think.
Click to expand

Meh! Australia used to be about 2 in the morning. This is late enough in the day to crack open the beers!

Contributor
But cider_and_toast, if you get up at 5.45am, prepare breakfast mush for the kids for when they do wake up, presumably not long after, and set out some pens and paper for them, you'll not only get to watch the GP but also accrue valuable brownie points to facilitate a little post-race snooze.

Staff Member
Premium Contributor
Oh if only it were that simple.

vintly said:
But cider_and_toast, if you get up at 5.45am, prepare breakfast mush for the kids for when they do wake up, presumably not long after, and set out some pens and paper for them, you'll not only get to watch the GP but also accrue valuable brownie points to facilitate a little post-race snooze.
Click to expand

Can I take it that you have no children?

I get to watch in the evening...

Vintly, more likely to spend most of the race fighting for the remote and switching channels between Sky and whatever mind sapping dross is on CBBC

Even I struggle to hold my interest through a whole race these days... No chance of a 5 y/o managing it.

Bill Boddy said:
Can I take it that you have no children?
Click to expand

My girls are 13 and 10 now, and soon to have birthdays. The older one woke numerous times a night until she was four, it was murder, although the younger was a good sleeper. However the younger one was seriously hard work during the day until she was about 4. And I fully admit that my advice to cider_and_toast was utterly rose-tinted...

Staff Member
Premium Contributor
The big problem I have with the record and watch later scenario is that I will be up to watch the live Formula E coverage on Channel 5 which starts at 8:30am. Now here's my problem: If I record the Formula 1 race and watch the Formula E race live you can bet your best pair of flip flops that the commentary team on Channel 5 will refer to the result of the Japanese GP. If however I record both races and watch them one after the other, I take away some of the enjoyment of watching a live race. There is always the temptation to reach for the fast foward button during the dull bits.

Hmmmm what to do?

I advise a strong dose of Camberwell Carrot. 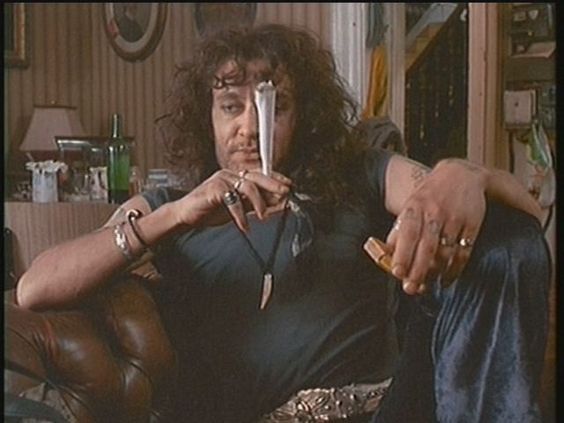 That way succumbing to the temptation of fast-forwarding it will not matter one bit as you' ll have forgotten most of whatever you' ve just watched and can therefore simply watch it again as though it were the first time.

Contributor
I like to watch live for the CTA chat and the live timing. It's just not the same when it's recorded. Alarm set for 5.50am. Just to put the tea bag in mug & fill the kettle for Saturday night.

Incubus is that an actual picture of you?