Valued Member
1. Chris Amon was on pole for the 1968 Belgian Grand Prix. Who won it?


Bruce McLaren - the first win for McLaren (the team)
2. Jordan got a one-two with (Damon) Hill and (Ralf) Schumacher at the 1998 Belgian Grand Prix. Which driver joined them on the podium?


Jean Alesi
3. No Belgian driver has ever won in Belgium, but which Belgian did the next best thing by winning at Zandvoort?


Jacky Ickx, in 1971
4. In which year was the last Belgian Grand Prix not held in August?


2012, on 2nd September.
5. The 2013 Belgian Grand Prix saw the second Vettel/Alonso/Hamilton podium of the year. At which other circuit did the three stand on the podium in 2013?


Juan Manuel Fangio, who qualified 2nd behind Eugenio Castelotti's Lancia in 1955
8. Gunnar Nilsson won his only race at Zolder in 1977. Who is the only other Swede to win only one race? 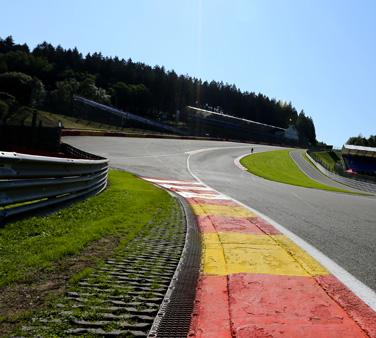 Raidillon. The camera is sitting on (and not showing) Eau Rouge, which is the first corner of the complex.
10. Fill in the sequence:

Contributor
2.5. Ashamed of myself

Staff Member
Premium Contributor
2.5 not ashamed of myself

Contributor
2.
A splendid quiz, thank you.

2, but I was along the right lines for the sequence!