Catch it while you can folks otherwise you could be watching the last but one Italian GP from the Monza circuit. Bernie will be sitting down with the GP organisors after the race to discuss a new contract post 2016 and at the moment has said he is not sure if there will be a race here in 2017. The track itself openend in 1922 and since 1950 has held every single Italian GP with the exception of 1980 when it was held at Imola. Since it's a track with so little F1 history behind it, it's no wonder it's in danger of not being around much longer. (sarcasm !!). Bernie has stated he is not going to offer the track a cut price deal and expects it to pay the going rate to host a race.

The layout of the track is of course most famous for it's banked circuit which, despite it being hugely dangerous, would make for an interesting race if it was brought back into use. Since that is extremely unlikely we'll content oursevles with a layout that has remained virtually the same with the exception of a few chicane based tweeks here and there, since the mid 60's.

Known as a breaker of gearboxes and with the engines required to run at full throttle over about 80 percent of the lap, a reliable and powerful engine is an absolute requirement here. So, with a Mercedes one-two the only likely result the big question will be who else will round out the podium?

You would imagine that, for the reasons stated above, it would have to be one of the other Mercedes powered cars. Williams, Force India and Lotus had mixed fortunes in Spa but will all be eyeing that third step. Of course, with Ferrari at their home race and the Italian 'Tifosi' out in full voice there will be an added urge to compete but is that Ferrari engine powerful enough at this track?

McLaren have become the new Caterham in terms of promised upgrades not doing what they are claimed to do. In an Autosport piece in the run up to Spa we were cheerfully informed that the Honda upgrades would put them on a par in terms of power with Ferrari. Sadly it would seem they meant the 2014 powered Manor Ferrari and not the current Ferrari GP car.

With the remaining Reanult and Ferrari powered teams almost certainly fighting it out for the lower end of the top 10 it's really hard to see where the entertainment is going to come from. Let's just hope there is some.
Click to expand

Can we get a clarity on what Renault will please?

Valued Member
Lotus really need to get to Monza, and Force India too. McLaren ought to use one of the three they can miss and fly off to Singapore straight off - there's nothing at Monza for them but humiliation.

Staff Member
According to Ecclestone, the Lotus cars were already impounded prior to the Belgian GP, but they were allowed to race.

Staff Member
Premium Contributor
That was one well timed third place then.

Valued Member
With any luck, they could convince the bailiffs to only release Grosjean's car for Monza.

It's a pity McLaren can't just buy Lotus and put their name on the cars instead.

I still cannot fathom that Monza might be dumped for Baku. Its like MotoGP dumping Assen. You simply cannot do that - money should be of secondary importance.

Staff Member
Premium Contributor
It is to everyone except Bernie and CVC. That's what happens when a sport is sold to venture capitalists. History and competition become of secondary importance.

Surely Monza depends on Ferrari, if Ferrari say they will pull out of F1 if no Monza then there will be a Monza GP. Simples really

Contributor
Monza won't get dumped the same way Silverstone was not going to get dumped. Bernie is just playing hard ball on negociation.

I hope the Enstone team are there because the car was starting to look good and Grosjean was hitting form. I will be happy if someone finally buys the team out and gives it a name I can actually use. I've been skirting around that L word for about 4 to 5 years now.

I'm going to be really intersted to see how the Red Bulls do here because they'd trimmed the car out so much at Spa and were getting good use out of it.

Its about money as always with Bernie. Monza will get a renewal because of Ferrari. If not Monza they will find another Italian circuit

Lotus in administration makes it cheaper for Renault to buy . Having said that the Force India story somewhat complicates matters. I don't suppose Mercedes can buy another team then and run it as a junior team ? Off course that would mean probably cutting back on DTM probably 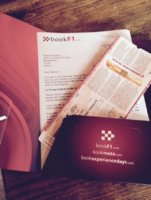 Brilliant. You ever been before?

No. First time. I'm sitting in tribune 8 , Variante, on the outside of the track. The heavy braking zone after the start. I'll be wetting myself waiting for those cars to come past on that first lap! Nowhere to hide for the start.
Last edited: 26 August 2015

Contributor
You lucky, lucky girl. Have a fabulous time. Don't forget the sunscreen.

Thanks titch. I am lucky. Sunscreen, cap, TShirt and flag all ready!!