Contributor
Wimbledon 2014 and Murray has just won the first set against Goppin. As he should really!

Looking forward to the next two weeks and know I won't get much done unless I get up really early!

Watched a lot of Queens but couldn't be doing with Eastbourne.

Premium Contributor
If Murray doesn't win this match, I shall loose the will to live.

Contributor
Don't mind who wins this years Mens Singles at Wimbledon as long as neither Roger Federer or Rafael Nadal win it.

Contributor
Is this the annual Sharapova appreciation thread? There were many other pictures I could have posted but for some reason most of the ones on google seem to be of her bending over or stuffing tennis balls up her skirt...

Contributor
Grigor Dimitrov is a lucky man to be going out with Maria Sharapova.

Supporter
Do you think she grunts a lot in bed or does she only do that on court..?

Contributor
It only seems like a year since Wimbledon was last on, well a good 12 months at least...

Supporter
Bloody tennis, wall to wall..! Can't get away from it..!

Premium Contributor
Well one round down... and relax...

Contributor
Anyone else noticed Federer's arms are lower half 'Gorilla' upper half 'Little Girl'. 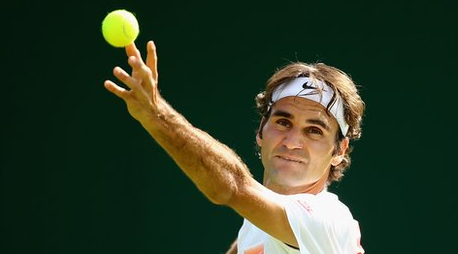 Valued Member
That's like a chicken drumstick but the wrong way round.

Contributor
Thats one hairy drumstick. Remind me to politely decline any BBQ invites from you.

Contributor
And Murray is out!

Samantha Murray that is. Totally demolished by Sharapova.

McZiderRed said:
Do you think she grunts a lot in bed or does she only do that on court..?

Now there's a conundrum for the chap involved. He would never know if he was in a match or a master of 'whatever'

Contributor
Well, some of the big guns have made it through the opening round - Rafa, Roger, Andy, Novak, Jo Wilfried and John (Isner - one of the guys that did that ridiculously long match in 2010).

But no fear the defeated ones still get £27k for playing one match and being piss poor!!

Can't really pass comment on the ladies though - I expect more finesse than just hammering it from the baseline with audio included. Although I have spotted the Williams sisters seem to be 'on form' and not quite as loud as they were - they are 'getting on' in tennis terms and may be saving breath for winning, but can still make it to the net for the smaller, quieter shots.
Last edited: 25 June 2014

But what a way to go!

Premium Contributor
If you blinked during the Murray match, you probably missed it!

Contributor
Novak seems to have his hands full. Good to see champions challenged!