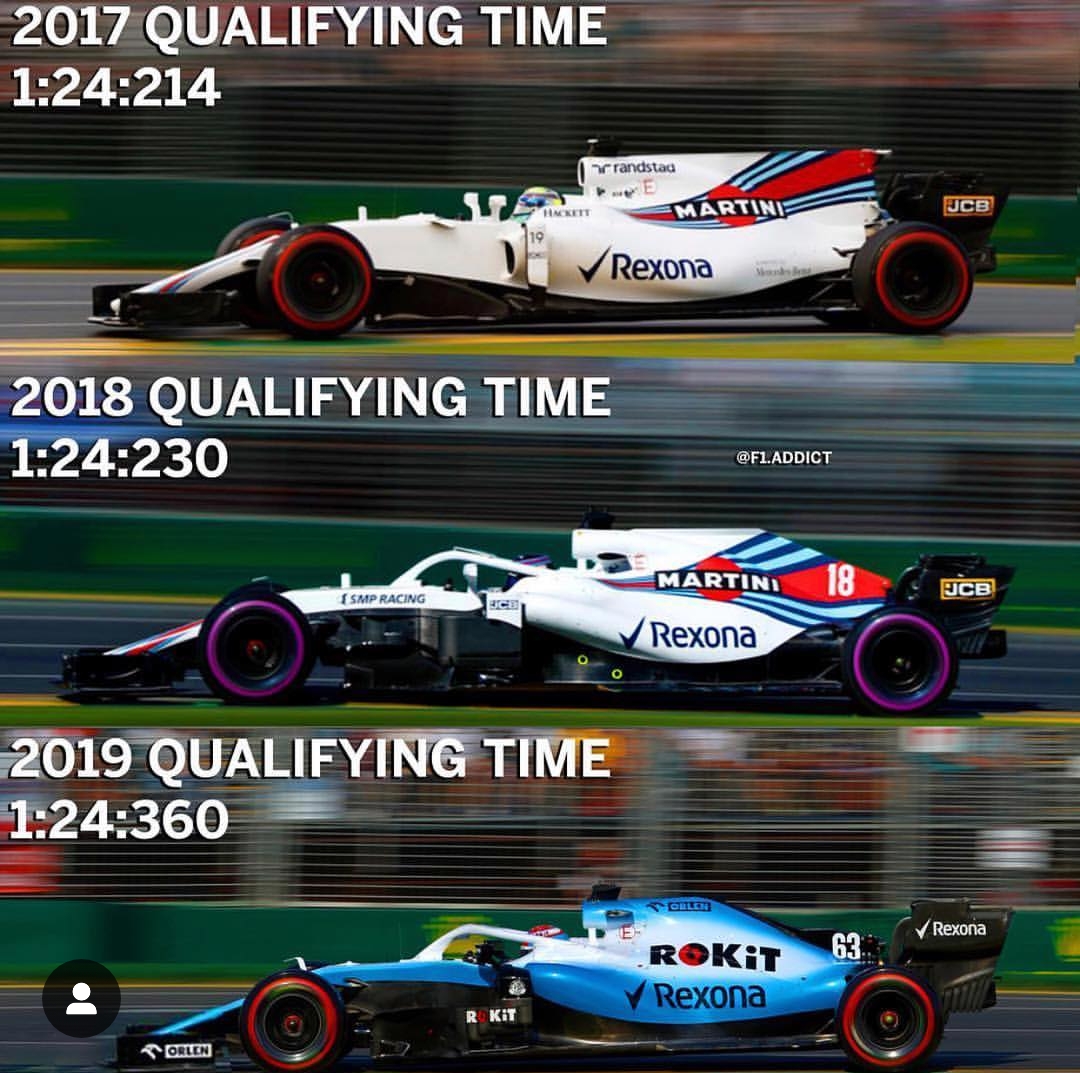 Would be good to see how it changed for some of the cars at the front end?

Would be good to see how it changed for some of the cars at the front end?
Click to expand...

Premium Contributor
I'll add to my predictions that Claire Williams will be out of her post before the end of the season.

Contributor
I think Williams will probably be owned by Merc by the end of the season. They'll keep the name but be run by HWA Racelab in 2020.

Contributor
"ok Patrick nice to have you back. You've seen the car. Whats the plan?"

"We need to nuke it from orbit. It's the only way to be sure"

i think this is a good idea. he is the type of character. no nonsense & wont accept failure

Contributor
So they've had to pull poor Patrick Head back after eight years to try and sort this unholy mess out. Poor guy. Can he really do something to turn things around? It would be nice if he could but it's a hell of an ask at this point isn't it?

Staff member
Premium Contributor
With all due respect to a legendary F1 figure, Williams haven't just scraped the bottom of the barrel, they've smacked a hole clean through it.

Valued Member
Patrick Head's super conservative attitude was one of the main reasons Adrian Newey left Williams. I wonder what happened to him?

Contributor
Really? Sky F1 never mention him. I recently found out Christian Horner is married to Spice Girl Gerri Horner too! I've never heard Sky sports mention this at all and their programming is never full of dull shots of her looking bored in the garage in the slightest.

Thank God I don't have Sky

Will he be working there full time for a while? If so, that will certainly help. One of the major problems Williams had was making sure all the parts were made and delivered on time. This is kind of basic admin stuff.

Still, old and retired, Patrick Head is one of the great, under-rated, F1 engineers of all time.

RasputinLives I think given the recent admission by one of the other Spice girls that she romped with Geri - I don;t think

He is back on a consultancy basis not chief designer which means he can say what he thinks is wrong and get paid megabucks for it ..not that he needs it. The issue is he is there to recommend proposals to change ways Williams can work better... the culture and legacy he created at Williams ... would anyone actually listen to him then?

What if things don't work out ? Is he absolved of blame being a consultant

Someone mentioned Adrian Newey again - he left Williams because of Patrick and Frank not allowing him more control in the car design matter and a whole load of other matters one of them was the decision to sack Damon Hill who Newey knew could help him develop brilliant and fast cars with his feedback ability .. I am sure it was him who told Ron Dennis to try and get him to Mclaren

Valued Member
Oh dear, at least she has admitted fault.

FOR THE FIRST TIME: Claire Williams Admits Guilt and Takes Responsibility for 2019 Downswing

Contributor
I've alluded to this before but from a business point of view there really is only 1 solution I can see for Williams.

Williams have been attempting to get back to the front of F1 for nearly 20 years and they are really now further away than ever. I think they have to conclude that continuing down this path is eventually going to result in the bankruptcy of the team. Whilst I'm sure a Toto Wolff figure will swoop in and keep using the name that's not really the future the team wants. So what's the answer? Well Williams have been involved in producing tech for Formula E cars right from the very start and, whether you love or hate it, the series itself is on the rise. Also with the move towards electric cars in general the tech Williams creates would be easy to sell on to car manufacturers - who of course would jump at the chance to have the famous Williams name attached to it. The best way to develop the tech would of course be to have its own Formula E team. This is far far cheaper to budget than the Formula 1 team and the Formula E organisers would bend over backwards to have a Williams team on the grid.

So to sum up. Pull out of F1, enter FE, concentrate on developing and selling electric car tech. Williams carries on existing as a racing team and a business.

Contributor
And can Claire?

RasputinLives Jonathan and Claire are not talking to each other anymore that's because Jonathan thinks he would be the one inheriting the family business but Claire wants to prove that as a woman she can be just as good .