Perhaps this indicates why Lowe is on leave.

Valued Member
Oh dear. I've liked that as a thank you for posting it siffert_fan not because I like what it say

Staff member
Premium Contributor
Something has to give at Williams soon.

Unless something dramatic happens within the next 12 to 24 months I fear the term "Former" will be added to the name Williams Grand Prix Engineering.

Valued Member
They made money in 2017. This is from their consolidated accounts: 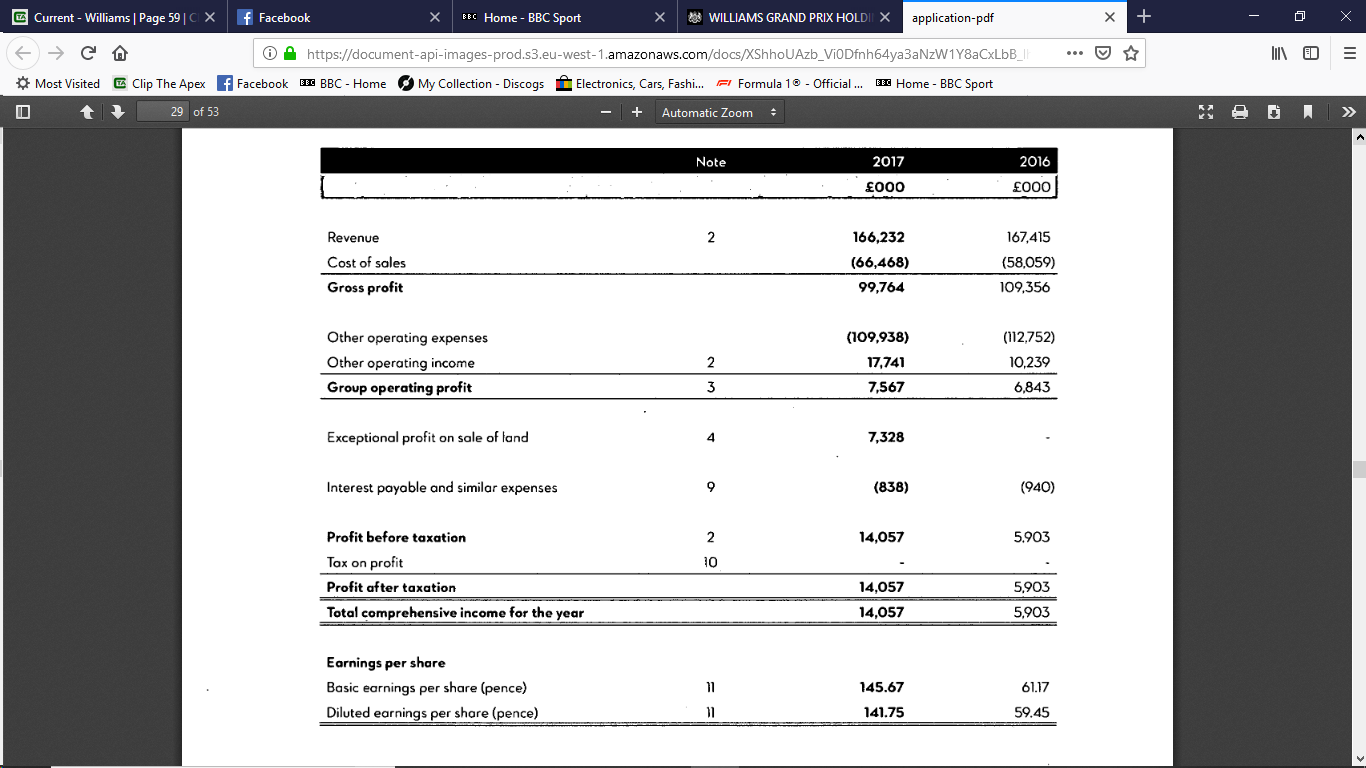 F1Brits_90 I missed that bit but his wife clearly stood up for Frank even though he was not making a penny. No way could he have swindled the bank today to give him money

Someone has to take the flak at Williams and an easy target I'd say is Paddy Lowe.. clearly they aint going to fire Claire Williams
but there is a problem ingrained in WIlliams' culture like I said that they've had top engineers and designers who still could not turn them into a consistent front runner... pretty much when Claire took over

They've gone from being the 2nd fastest car in 2014 to the slowest car in 2019 using the same engines as the championship front runners . Now work that out, yes resources has something to do with it but then you look at Force India who use the same engine and have similar or less resources and they have gone in the other direction towards the front .

As RasputinLives said Paddy benefitted at Mercedes from their vast resources whilst being team principal , its obviously clear when the team is properly set up to cover all the basis to be a front runner. At Williams that is not happening not just because of the money side but also the personnel

Does anyone know if people at Williams held a grudge against Paddy because he was meant to join Williams in 2014 if I remember because Toto Wolf was going to offer him a technical director or team principal job ...only for Toto to switch to Mercedes and take Paddy with him?

Williams was 5th in 2016. Lowe joined the team in March of 2017, after the car's specs were essentially finished. Again, the team was in 5th place. 2018 was the first year under the complete technical control of Lowe. They went to dead last. Then, as the article cited by me above shows, this year had even worse implications.

Anyone fancy a job as Technical Director at Williams?

Staff member
Premium Contributor
I don't think I could do much worse.

Paddy is taking the brunt of it but if its true that Williams engineers are operating in silos so the left hand does not know what the right hand does. Then is it any wonder then that the car is a tow truck. Then blaming it on him is the easy way out. Like I said I wonder if people have something against Paddy especially when he was suppose to be joining Williams back in 2013 before he decided he would seek his fortunes elsewhere.

Staff member
Premium Contributor
I guess the big question at Williams is how Lowe can things get?

Contributor
He was in charge of engineering for two years. In that capacity, it was up to him to get them out of their "silos". If he failed at that, who is to blame?

Contributor
I take it back, Robert Kubica will not be thhe first driver to get the sack this season. Williams have to field two drivers and who else with a Super Licence would be daft enough to sign up to drive a Williams?

No wonder Lowe was axed.

siffert_fan Its easy to target Paddy when Williams before that have been sliding further down the grid plus when the call was to sign a decent experienced driver last year .. the team or Claire Williams thought two novices with $100m cash was worth the risk of losing money in the constructors championship ... well how many think that is smart decision then seeing Williams have lost their title and Stroll took his millions to another team

So it is just not Paddy who is at fault

Williams are in a dangerous vicious circle now .. they need an experienced driver but they are going to be probably going to send their career into retirement or if they get novices they do risk having to be prepared for huge repair bills and lack of experience to develop the car

Premium Contributor
Maybe Lowe should follow Newey’s lead and get into designing boats.

He could make a fortune with the Paddy Lowe Pedalo.

I’ve already got my coat.

Bill Boddy said:
I take it back, Robert Kubica will not be thhe first driver to get the sack this season. Williams have to field two drivers and who else with a Super Licence would be daft enough to sign up to drive a Williams?
Click to expand...

He could make a fortune with the Paddy Lowe Pedalo.
Click to expand...

RasputinLives That might happen given today's result ... already the suggestions have started that Williams are already in for a long season and Kubica needs to be replaced

Lapped by his teammate 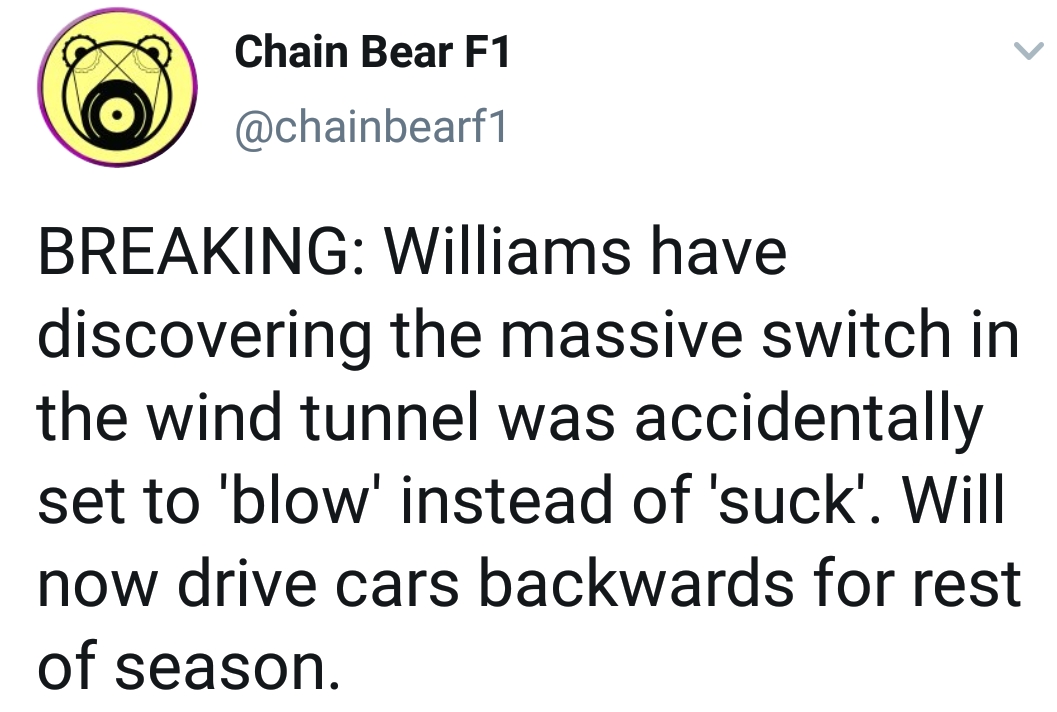