When will we see The Finger next?

Contributor
With Mercedes looking imposingly dominant once again this year, it might appear that there is little chance for any of the other teams to score a pole position or take the top step of the podium. Last season Williams were able to give Mercedes a run for their money a couple times, particularly at Austria where Felipe Massa took the only non-Mercedes pole of the season, but it was a Red Bull in the hands of Daniel Ricciardo that took the wins where Mercedes failed - for one reason or another.

Whilst Ricciardo and Massa were able to elbow their way in on the success, defending 4 time champion Sebastian Vettel struggled all year as he was trounced by his less illustrious team mate. However, this season it would seem that he has found his mojo again at the wheel of one of the Ferraris with the Italian outfit looking to have made strides with their engine (the Saubers looked racy too) as well as with other areas of development over the winter. This looks to have left them as best of the rest at the moment - I know it's only been one race - and Vettel will no doubt try to emulate his former team mates trick of picking up the pieces when the opportunity presents itself. Having scored a podium on his debut for the scarlet red outfit, Seb and Ferrari both have their sights set on closing that 30 second gap to the Mercs in front.

Whilst it was no doubt a relief to not see The Finger for over a year since the 2013 Brazilian GP, I feel it is only a matter of time before (a) neither Mercedes finishes due to clashing or reliability or (b) Ferrari close the gap enough to compete. Whilst the first option is a more likely scenario for the next couple of months, I think Ferrari should have more room to develop their car compared to the Mercedes and will be genuine contenders for race wins after the midway point in the season. I'm going to go for a hectic qualifying at Monaco where Vettel will pip Rosberg to pole. But what do you think? Will we see The Finger this year? If so, where and will it be a pole position or a race win? And leave your explanation below if you can be bothered

Contributor
I've put Malaysia because I've got a tenner on him...

Valued Member
I've gone for Italy just because it would be great to see Vettel's first win in a Ferrari at Monza.

Supporter
Anything can happen in KL if the skies open up.

Staff Member
Premium Contributor
I've gone for Canada. A race that loves to throw up an unexpected result.

Valued Member
Whenever Mercedes cock it up.
M

Contributor
Here it is..

Contributor
It will appear next when any driver decides to show it.
If we pretend that Vettel is the only sportsman who has ever utilised this signal to indicate "I am number one" we must conclude that oh I don't ****ing know, it's 2a.m. and I'm pissed off my ****ing face.
Apologies, I've wasted your time.

Staff Member
Premium Contributor
I think Ferrari are still short on dry pace compared to the Merc. If Seb did get by at turn one, I don't think the car is wide enough to stay there. If / when it rains however, all bets are off.

there are two lines into turn 1 to turn 2

Contributor
I want that to happen.

Sebastian's performance today. should have answered any questions to those who may have felt that he isn't one of top 3 drivers in the sport ........he is.

Contributor
Lewywo4 to be honest his 4 world titles should have told people that so I get the impression that the people saying he isn't will find a way to 'prove' he isn't whatever he does.

Valued Member
He just seems happier now - he's cracking jokes like he did in the early days.

Reasses time again. I've never felt him to be a top three driver. To me there are two top drivers, with one ahead of the other. Even when Seb was winning his four titles, I had him just below the top two drivers. Then last year I dropped him lower than that, because he couldn't adapt to a different handling car. But this year, as has been stated, he does indeed seem to have got his mojo back, and I'm glad. I've never been a particular fan of Vettel, in the car and on the track, but out of the car and off the track, he seems a personable and quick witted young man. If he continues as he's started this season, and if he generally has the upper hand at Ferrari, then he goes back into third place for me..........but there are some young upstarts snapping at his heals! Will he win this season? He's the most likely candidate if the Mercs slip up in any way, but which race that's going to happen is anybody's guess.

Staff Member
The guy is undoubtedly talented and in the top half rather than the bottom half.

However, once again it's difficult to compare him against his team mate who, let's face it, may as well not turn up half the time.

I've never rated Raikkonen* and his trouncing by Alonso last season only reinforces that.

* Yes, I know he won the WDC in 2007 but that was more by luck than judgement and thanks to Ferrari deliberately delaying Massa in the pits. 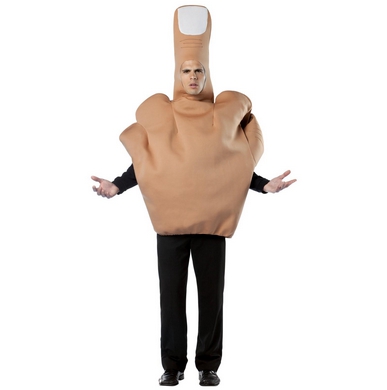