Valued Member
You might have heard about Porsche giving LMP1 the "big E" at the end of last season and the doom mongers claiming this is the death of Endurance racing. Well, I'm not sure where the powers that be are up to on sorting out the engine equivalency rules but the calender has been published and a Silverstone race is back - Woop, Woop!

The season start and finishes at Le Mans over the course of 2018 and 2019, although it doesn't as the first race is at Spa. Eh? Anyway, here's the race schedule.

Valued Member
And some very early thoughts on potential runners and riders: 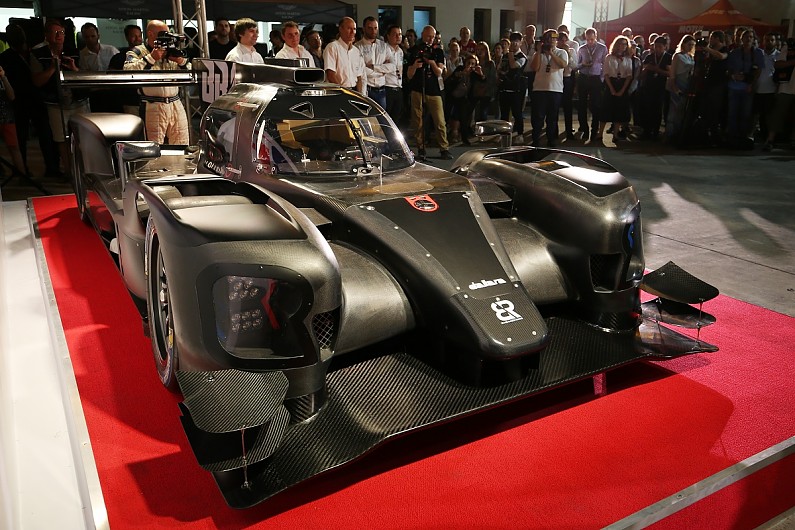 Three of the Dallara-designed cars will be run next season: two by ART Grand Prix as the works team, with SMP branding and a majority of Russian drivers, including Vitaly Petrov and Mikhail Aleshin. Engines will be supplied by AER. A third car will be run by Dragonspeed, who will use a Gibson engine rather than the AER.
Last edited: 29 November 2017

Valued Member
It'll be fun for the commentators. "Here comes the SMP-ART LMP1 BR1-AER". At least they're not racing at COTA...

im glad they have changed there mind & finishing the season at le mans. because it makes sense, its the toughest challenge, is most watched, most attended & has biggest prestige. also they can get alot viewers probally in motorsport winter to take advantage of lack of series

how much challenge do we think the new LMP1 cars from ginetta manor & the 1 above. will compete with toyota or will it be the old audi v pescerolo battle. toyota will win le mans its just in which order

F1Brits_90 said:
how much challenge do we think the new LMP1 cars from ginetta manor & the 1 above. will compete with toyota or will it be the old audi v pescerolo battle. toyota will win le mans its just in which order
Click to expand

It depends on the regulations. In a pure fight Toyota will win by miles, so it relies on the ACO adjusting the fuel allocations, which they have said they will do. You would have to make Toyota strong favourites, still at Le Mans in particular anything can happen.

Valued Member
So the entry list for the WEC superseason was announced on Friday, and there are 10 LMP1s.
See here for the full list.

Contributor
I think he I'n going to attempt to follow it this year. Who is the UK TV broadcaster?

Contributor
6 hours is a lot of time to watch - is there a handy highlights package somewhere that Isn't Eurosport? Eurosport highlight packages are the worst. Twenty mins of talking to some guy in 24th and then 5 mins of racing.

Contributor
Do I take it that Nakajima is only there for a maximum of five minutes per race? Or is that being too cruel?

Valued Member
Bobby K rumoured to be signed up to driver for Manor in LMP this season and the ACO have told the privateer teams taht if they have lied about their engine power output and fuel usage (i.e. they destroy Toyota in the first race) they will not hesitate to change the rules.

I know it's a bit like comparing football and rugby in terms of respecting the rules and officials etc. but if only those running F1 had the same size balls as the ACO and if only the F1 teams actually wanted what was best for the sport rather than themselves. Ho hum.

Staff Member
Premium Contributor
Is it because the ACO know full well that their events, particularly Le Mans will have cars on the grid? They are not bothered about pandering to the teams. This is no more evident than Ferrari's God like status with the FIA and Ferrari's sort of involvement in Endurance rating.

Valued Member
First round of the 2018-19 "Superseason" gets the green flag this Saturday lunchtime at Spa.

We'll get our first indication of whether any of the LMP1 privateer entries can threaten Toyota. It's unlikely given the disparity in resources, but you never know. Forecasts suggest the Japanese cars will be able to run 2 laps longer per stint than their non-hybrid competitors - but safety cars, reliability and the famously capricious Ardennes weather could create the conditions for an upset.

Toyota have retained five of last year's six drivers, with Some Spanish Guy displacing Anthony Davidson alongside Buemi and Nakajima in car #8, with the #7 entry piloted by Kobayashi, Conway and Lopez.

Look out for the #1 Rebellion of Senna, Lotterer and Jani; and the #11 & #17 SMP Racing cars to be leading the chase.

There are seven full-season entries in LMP2, including Pastor Maldonado in the #31 Dragonspeed car. BMW joins Ferrari, Ford, Porsche and Aston Martin in the GTE-Pro ranks with a pair of M8 GTEs in what is sure to be the most competitive class.

Alonso set the fastest time at the first Spa practice today. There a few

Toyota have retained five of last year's six drivers, with Some Spanish Guy displacing Anthony Davidson alongside Buemi and Nakajima in car #8, with the #7 entry piloted by Kobayashi, Conway and Lopez.
Click to expand

Valued Member
A lovely boy is reported to be taking part at Le Mans. Isn't that nice, he must have known I was going.

Valued Member
Rebellion currently top of the time sheets in FP3. Maybe LMP1 will be competitive after all.

Valued Member
Well, so, Toyotas on the front row of the grid and a reasonable gap back to the privateers:

But the #7 had some sort of fuel flow irregularity and has been deleted from the times - it will be started from the pitlane. So Alonso on pole.

Motorsport TV are showing the race in the UK - coverage starts at 12:15 BST tomorrow.