Poll The all new Mark Webber 'Wheel of Misfortune'

Supporter
Do you think Formula 1 is becoming boring? Perhaps you think Formula 1 has become too artificial and contrived? Or maybe you just feel that your race weekend is missing that little something extra?
Well why not spice up your viewing pleasure with the all new Mark Webber 'Wheel of Misfortune'!

Mr Webber is a thoroughly likeable chap and throughout his time in Formula 1 has been one of the pluckiest drivers in the sport, rarely complaining about his predicament and bravely soldiering on whilst all others around him lose their cool. However, in recent times, things have turned a little sour for the man from Oz. Various 'issues' have befallen him, such as KERS issues, wheels falling off, or new upgraded parts being lost in the post resulting in him kindly and selflessly donating his upgraded parts to his younger teammate, all in the name of inter-team harmony.
Red Bull Racing team Principle Sebastian Vettel was unavailable for comment, but his no.2 Christian Horner has dismissed 'conspiracy' calls as 'complete rubbish' http://www.bbc.co.uk/sport/0/formula-one/22152924 saying:


Christian Horner said:
"Forget conspiracy. It is all about trying to get two cars to finish as high as we can. If 17th is as high as Mark can finish then so be it."
Click to expand


So, as the Formula 1 bandwagon rolls into Bahrain, stopping every 10 miles to change its shredded Pirellis, it will be interesting to see what, purely coincidental, bad luck will befall Mr Webber this weekend.

1. Underfuelled in Quali. Perhaps not the one to go for if you're the 'it couldn't happen twice' kind of person, however Mark probably thought the same thing the 34th time his KERS system failed.

2. Wheel falls off after pitstop. As above. Rumours circulating on twitter that Red bull are attempting to shave yet more tenths off their record-breaking pit-stops by using Webber as a guinea pig for their new 'finger-tight is quicker than airgun-tight' wheelnut system are as yet unfounded.

3. Engine/mechanical failure. Rare these days, but last year shows that the occasional gremlin may still rear it's head in the system every now and again. Christian Horner has denied rumours of a red button marked 'slow Webber down' rising from the pitwall computer whenever MW is in front of team boss Vettel.

7. A poor start causes him to lose places. Actually, that's all him.

8. All of the above. Would you really be that surprised?

9. Replaced by reserve driver. Antonio Felix Da Costa is placed in car no.2 as Webber mistakingly travels back to Sepang after receiving a phonecall from Helmut Marko: 'oh yeah, didn't you hear? They've decided to rerun the Malaysian GP as we all felt you were harshly done by. You must fly there at once, erm, we'll meet you there'.

10. Webber wins from pole. Perhaps the most unlikely, but not impossible. If you're the type of relentless optimist who thinks that every week is 'my turn' to win the lottery, or the person who stares at that hot woman in the office every time she's at the photocopier, hoping one day she'll come over to your desk, strip off and fax your brains out, then this is the option for you. 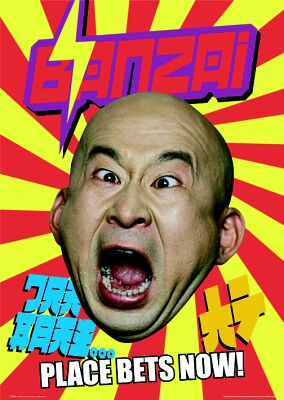 Contributor
My favourite has to be the DRS failure. All those poor empty seats. It's a good job Bahrain doesn't get many fans!

Supporter
A poor start is a distinct possibility.....
M

Contributor
I thought it should have it's own heading as he gets it a lot...

He will round the last corner, ten seconds ahead of his team mate and be met with.

Supporter
I was looking for the "Fall off the edge of the world" option.
Red Bull take the fall off the cliff analogy too far, as Maaark drives his RBR off the world completely and is told over the radio "box, box, box"...
"Left out too long on worn tyres" was the closest option...

Staff Member
Premium Contributor
Given that his best finish in Bahrain is last years 4th place and before that I think it was about 8th, I think there is about as much chance of him being kidnapped by aliens as there is of him winning from pole.

Contributor
Knowing Mark Webbers luck he will get kidnapped by terrorists , and Red Bull will refuse to pay the Ransom money.

That's cos it'll be Red Bull who set up the kidnapping in the first place...

Contributor
There was no option for 'shit in quali before ramming Nico Rosberg' so no one was right.

Can we have that option included in the future MWWOF polls, please?